Those Must-See Sights Along PCH 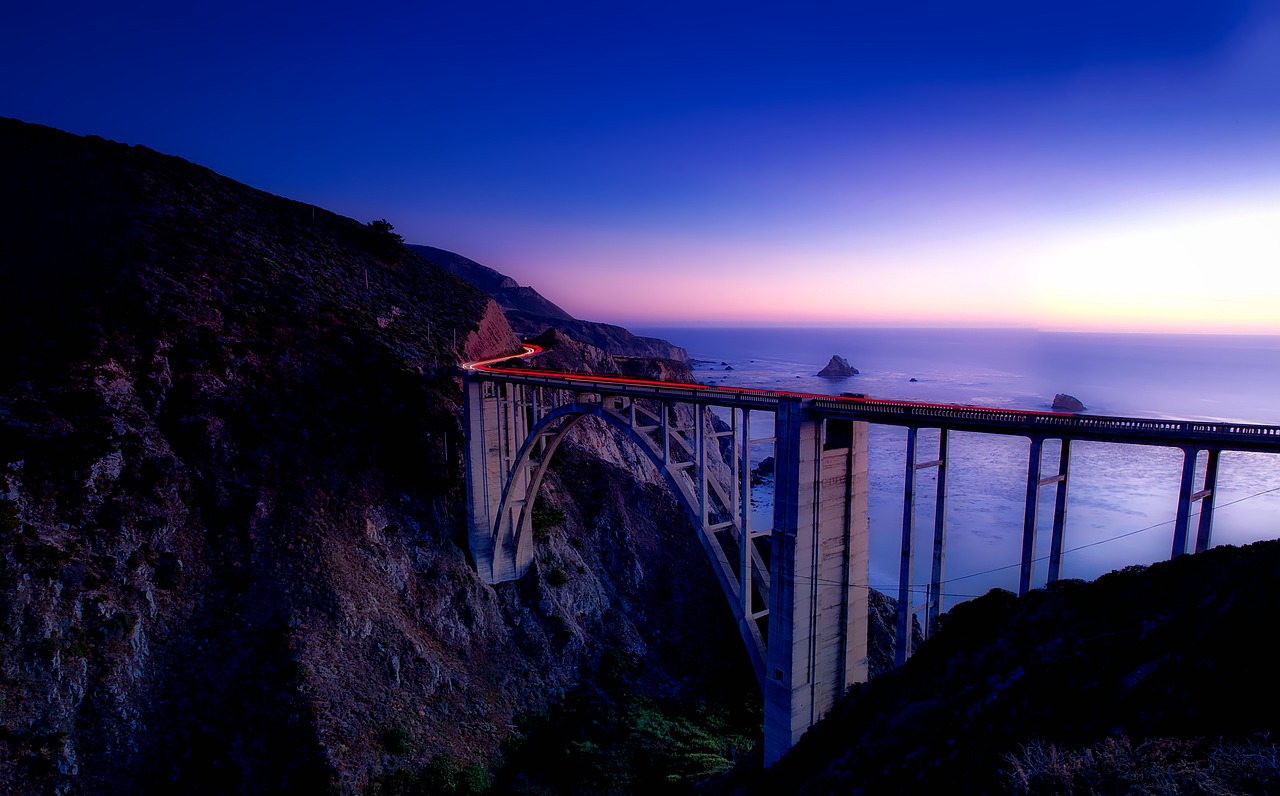 Choosing the top Pacific Coast Highway attractions isn’t easy, as there are so many we love!

The must-see sights definitely include places such as Hearst Castle and Big Sur. The Monterey Bay Aquarium is one of the finest in the country, and who wouldn’t get a thrill from driving over the Golden Gate Bridge for the first time… and even the second and third time?

But how do you compare the big cities like San Francisco and Los Angeles with pretty towns like Carmel and Mendocino? And how do you measure those against such remote beauty spots as Redwood National Park or Olympic National Park? 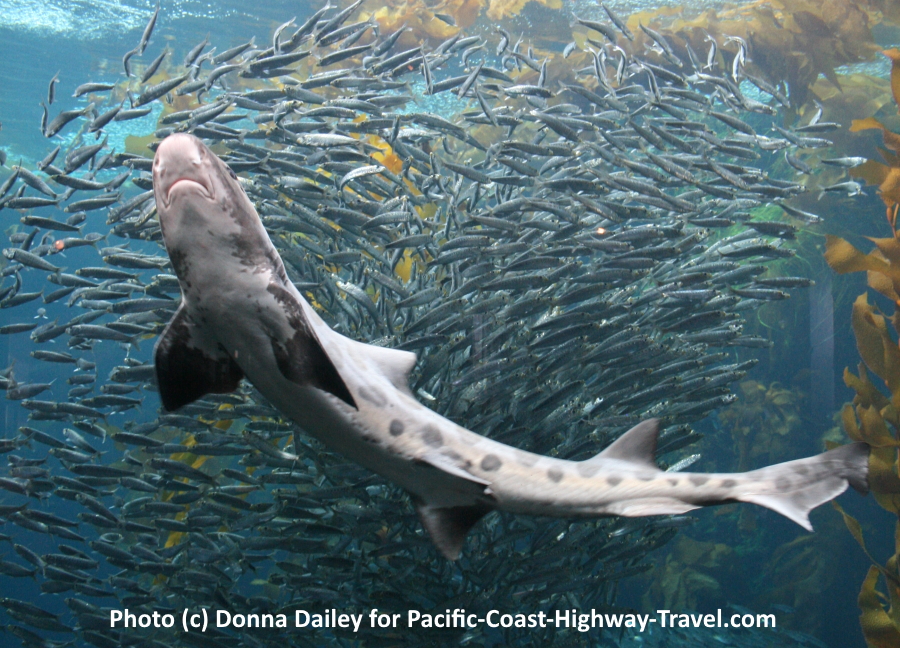 A Shark in the Monterey Bay Aquarium

To narrow down our own very personal list of the best Pacific Coast Highway attractions, we decided to exclude specific towns and cities. Instead, we’ve recommended the things you absolutely must see – or at least, as many as you can – while you’re driving the magnificent Pacific Coast Highway.

Hearst Castle is undoubtedly the star attraction by anyone's standards, so we've started there on the Central Coast, followed by highlights in Southern California, Northern California, Oregon, and Washington.

The astonishing and palatial home of publishing tycoon William Randolph Hearst is a National Historic Landmark and you should certainly plan a visit here. Room after room of lavish and sometimes not-so-lavish items (check out the ketchup bottles in the dining room) are jaw-droppingly impressive, as are the grounds and the whole estate.

Tours should be booked in advance at busy times. Check out a typical daytime Hearst Castle tour here, and also read about our Hearst Castle Evening Tour. For the Practicalities of a visit (how long to allow, where best to stay etc) go to our Visiting Hearst Castle page.

Now Why Do They Call It Elephant Seal Beach?

While here, don’t forget to look in on the magnificent elephant seal colony at Piedras Blancas Beach, seven miles north of San Simeon and right on PCH, where anything up to 15,000 elephant seals can be viewed at close quarters. 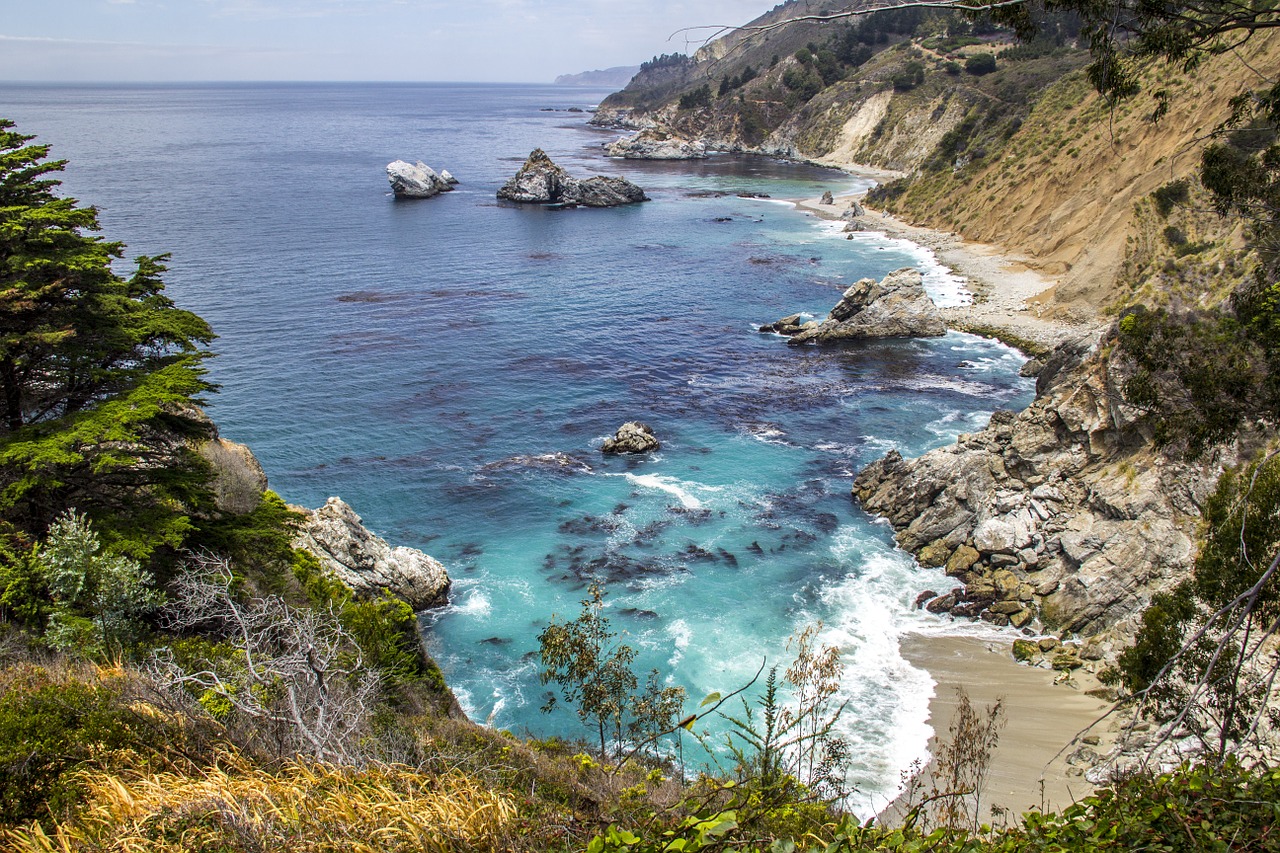 Big Sur is the most dramatic stretch of PCH, where the Santa Lucia Mountains meet the Pacific coast. The result is impressive scenery, zigzagging roads, and an endless desire to pull off the highway and just stand and stare. This is, not surprisingly, the stretch of the road most often subject to closures when the winter or spring weather is bad. If the road here does get closed, there’s just no alternative than to turn round and go back. But if that happens you get to see it twice, in each direction. It’s worth it! 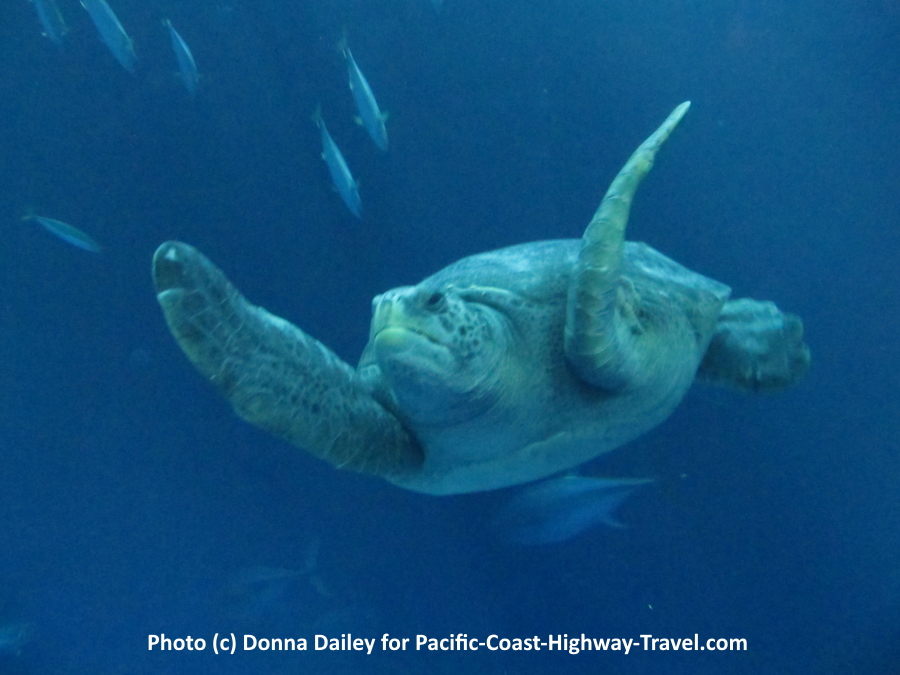 If you want to find out what’s happening in that secret world under the waves, and along the shoreline you drive right by, a visit to the Monterey Bay Aquarium is a must. There is a big focus on the local marine life, but other species from around the world are here, too. You can't drive PCH without stopping to see the aquarium. See our separate page on the Monterey Bay Aquarium.

There are several piers along PCH, including a great one at Santa Barbara, but for us the Santa Monica Pier is a landmark. This is where the Pacific Coast Highway leaves Los Angeles behind and heads up the coast, but first join the crowds and enjoy the 1922 carousel, the amusement park, the aquarium and the restaurants.

It’s been featured in films including The Sting, Forrest Gump, The Hannah Montana Movie, and many more. It’s brash, it’s busy, but it’s definitely got a character all its own

San Francisco’s most famous bridge (yes, there are others!) may look familiar from photos and films, but nothing prepares you for the real thing. Drive through the city on either Highway 1 or Highway 101, and the two meet just before they join to cross the bridge (they split up again a few miles on the others side).

Whichever direction you travel, pull off at the viewpoint on the north side of the Golden Gate Bridge. If the weather is kind you’ll look back at the bridge, the bay, and the city, and know why people want to leave their heart there.

The most famous stretch of PCH is between San Francisco and LA, but immediately north of the City by the Bay is this unusual, beautiful, and very special part of the coastline, the Point Reyes National Seashore. It’s rugged and can be wild, but it’s a spectacular region of much-needed lighthouses, Native American heritage, rural communities, ranchers, oyster farms, makers of cheeses and other tasty goodies – seemingly a world away from the more familiar lifestyle of Southern California.

Some people are surprised that the giant redwoods feature as a highlight of a Pacific Coast Highway road trip, but there are a few places where geography forces the road inland. There are, in fact, several Redwood national and state parks, so you’ll have more than one opportunity to see these magnificent trees, the tallest in the world. The Ladybird Johnson Redwood Grove and the aptly-named Avenue of the Giants are two of the most popular places to experience these natural wonders. 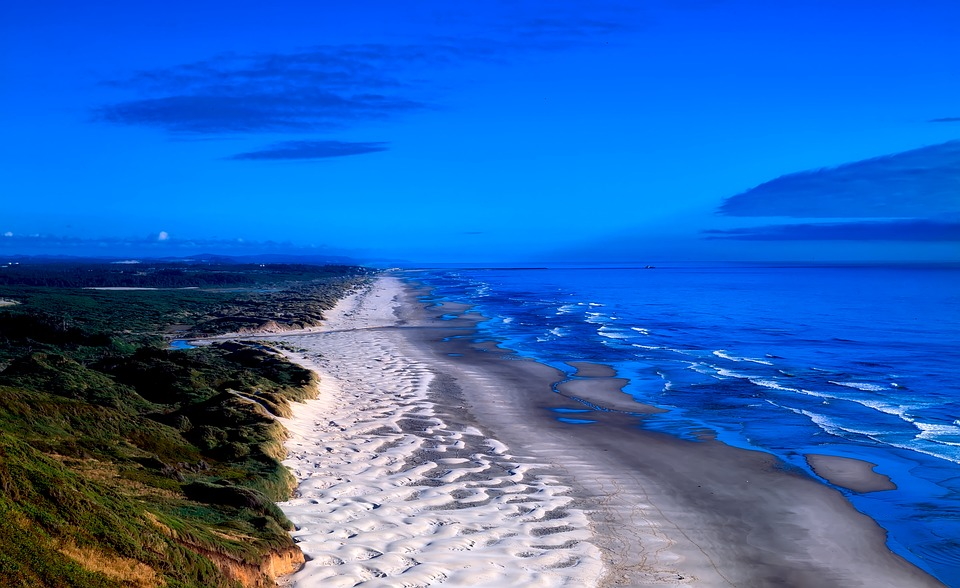 These often windswept sand dunes stretch for about 40 miles along the Oregon coast, and are an intriguing, unusual and ever-changing landscape. Their wildness and ancient history are a long way from the Southern California beaches with which PCH is more associated. Go hiking or biking in them, or take a dune buggy for an exciting look into the surprising flora and fauna that exists in this desert-like landscape. 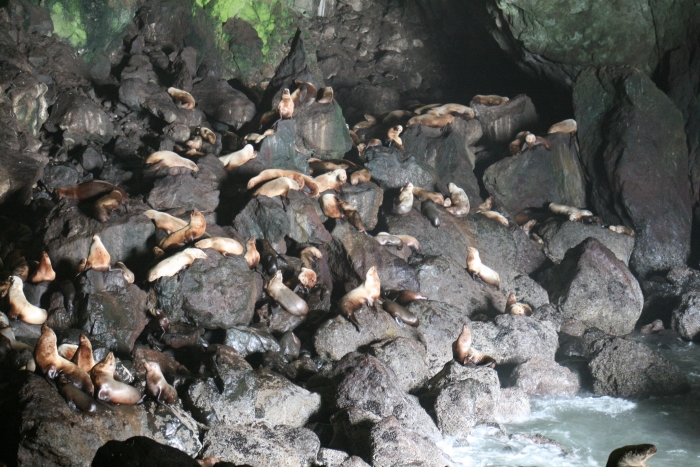 We wondered at first why people would pay to see a sea lion cave, when you can see sea lions all along the coast, but once inside we knew why. It’s one of the best wildlife experiences we’ve had, like walking into a wildlife documentary, but with the barking sounds at full volume and the addition of the fishy smells that a few hundred sea lions bring with them.

This is said to be the largest sea lion cave in the world, and every rock and cranny is crammed with them – basking, honking, diving in and out of the water. You view them up close through an opening in the rock, the animals seemingly unaware of your presence. It’s an amazing experience, so don’t drive by – dive in! 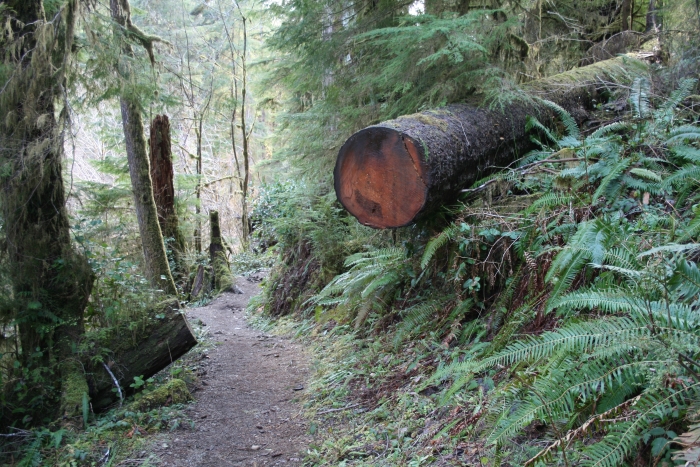 The Olympic National Park contains three distinct sections, is a World Heritage Site, an International Biosphere Reserve, and contains the only rainforest in the United States. It ranges from sandy beaches to glacial mountains, via wonderful forests with nature trails, giant trees, and wildlife including elk and bear. Like everyone else who visits, we fell under its spell at once, and there can be nowhere better to start, or to end, your Pacific Coast Highway road trip.

Some of our driving pages