San Luis Obispo in California is about half-way between Los Angeles and San Francisco, on the Pacific Coast Highway. With lots of places to stay, eat and drink, and things to see, it's an ideal stop-over 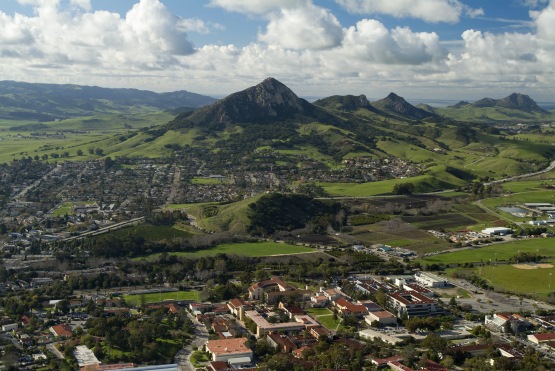 It's about a 260-mile drive from San Francisco, if you take the slightly longer and slower coastal route all the way – and you should. That should be roughly a five- or six-hour drive, without stops. Driving on south to Los Angeles is about 200 miles, or four hours of driving, if you don't take a break.

In San Luis Obispo County there's a good range of over 100 lodging options, from hostels and motels to unique resorts like the Madonna Inn. There are Best Westerns, Days Inns, Holiday Inns, a Budget Inn, and Marriotts. In fact, San Luis Obispo stakes a claim to having the first motel in the United States, back in the 1920s, so it's been a popular vacation destination for quite some time. 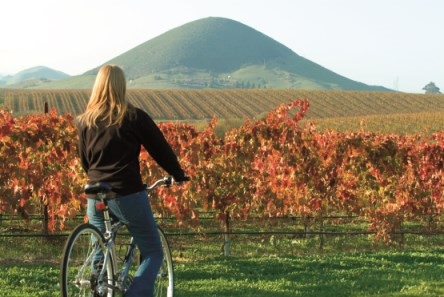 For wine lovers, San Luis Obispo County is now the third largest wine area in California, with plenty of vineyards within easy reach of the coast. Plenty of eating options in and around the town too, whether you like fine dining, chain places, casual, smart, mom and pop, or pub grub.

In terms of things to do and see, there's not actually a lot, but it's still an attractive place to stay and be, and relax for a day or so.

What to See in San Luis Obispo 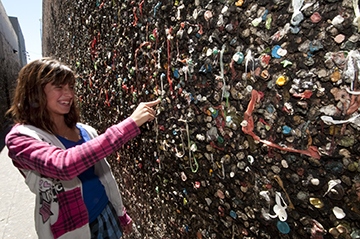 Bubblegum Alley
Higuera Street
on the 700 block north of Broad Street
Only in California could a back alley whose walls are covered in discarded chewing gum become an arty tourist attraction. But that's what Bubblegum Alley is. It began back in 1960, they say, though who would have bothered to make a note of it at the time? But the gum just kept on coming. and now covers both sides of the alley. There are some pretty creative efforts, if you can bring yourself to look up close. And if you forgot to bring your own gum with you, you can buy some at the end of Bubblegum Alley and leave your mark. 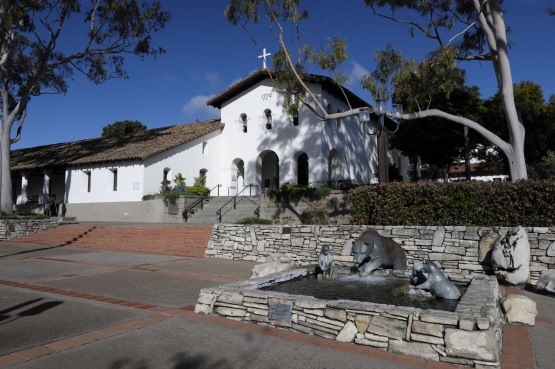 Mission San Luis Obispo de Tolosa
751 Palm Street
Tel: (805) 781-8220
The SLO Mission dates back to 1772, when it was the fifth California Mission to be founded by Father Junipero Serra, though the present building was put up in 1793-94. It was named after Saint Louis, who was the Bishop of Toulouse in southwest France. It's still an active church, and quite lovely inside. The gardens are equally impressive, with grapes growing – a reminder that the first California wine was made by the Missionaries. There's also a statue to Father Serra, and the Mission is a beautiful and peaceful retreat from the streets.

History Center of San Luis Obispo County
696 Monterey Street
Tel: (805) 543-0638
The handsome 1905 Carnegie Library is the home of the San Luis Obispo County Historical Society, and its Historical Museum. There are changing exhibitions about the area, and a research room where you can consult old local newspapers and see the large collection of historical photographs.

San Luis Obispo Museum of Art
1010 Broad Street
Tel: (805) 543-8562
Open daily except Tuesday, the Center puts on regular changing exhibitions, including photography, featuring local and regional artists, and art from further afield. They do workshops for adults and children too, so it's well worth checking out what's happening while you're in town.

Where to Stay in San Luis Obispo