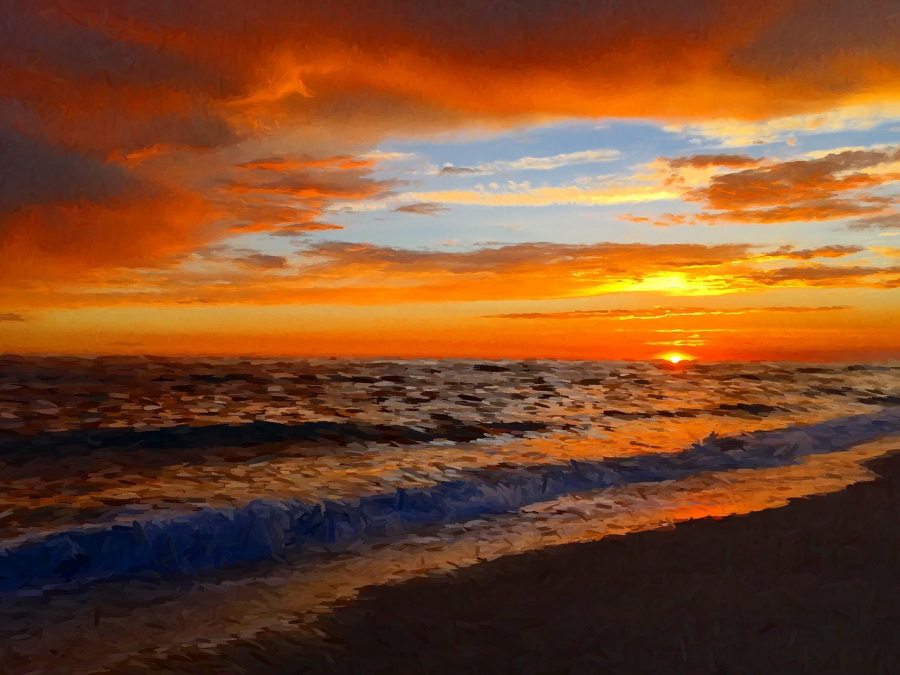 Carlsbad is about 35 miles (56 kms) north of San Diego. The drive will take you about 40 minutes if you take Interstate-5 or about an hour if you follow the coastal route, which is a lovely drive. Besides, what will you do with the 20 minutes you save by taking the Interstate? 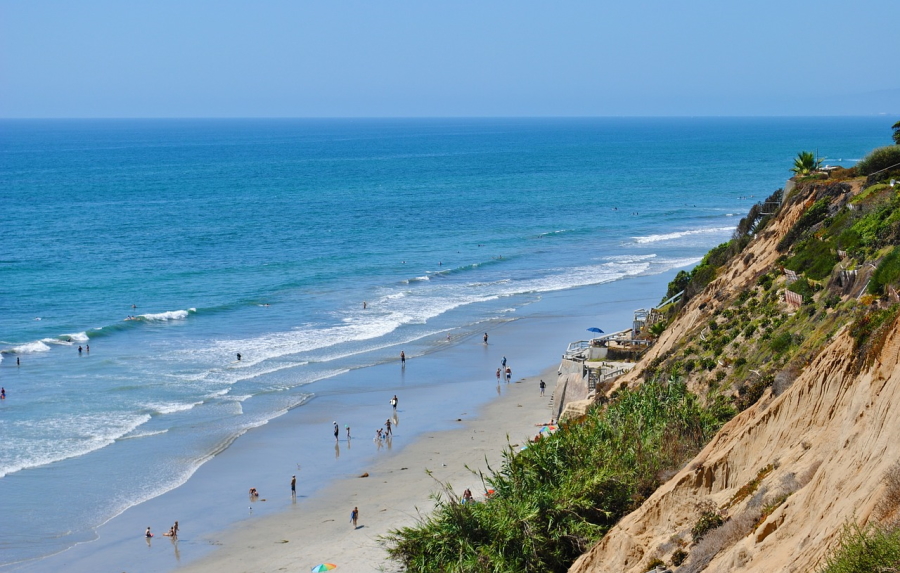 The Beach at Carlsbad

Carlsbad is about 90 miles (145 kms) south of Los Angeles Airport, which you can do in about 90 minutes along I-5. If you cut across to the Pacific Coast Highway to do the coastal route, you can add about 30 minutes to that, though more if you want to stop off and see places like Huntington Beach, Newport Beach, and Laguna Beach. 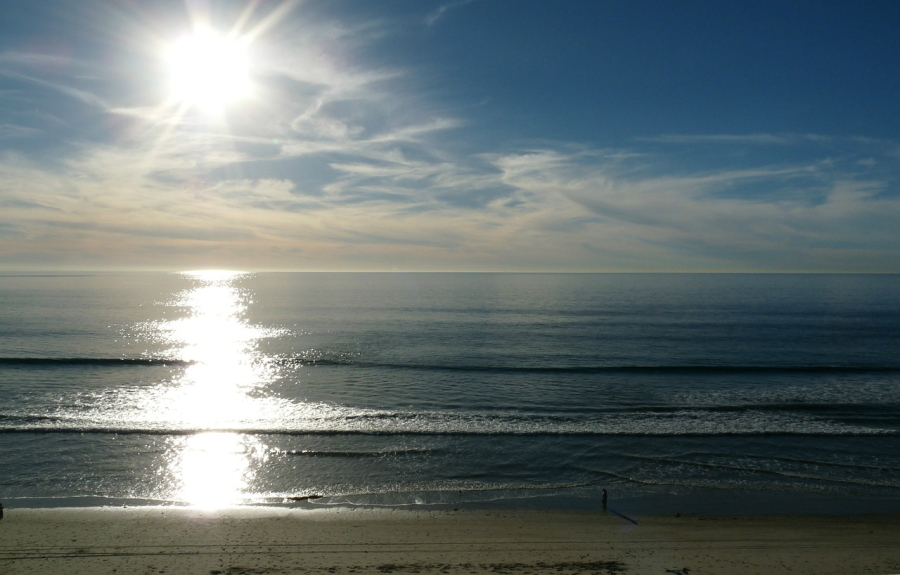 If you're headed to Carlsbad from LAX for a long vacation, our advice this time would be to take the faster interstate route, and save the beach towns to explore more at leisure during your stay. Carlsbad and Oceanside pretty much run into each other, for example, and you can get to most of the other beach resorts in less than an hour.

Or you could plan a terrific week in southern California by spending a night or two in each place between Los Angeles and San Diego. 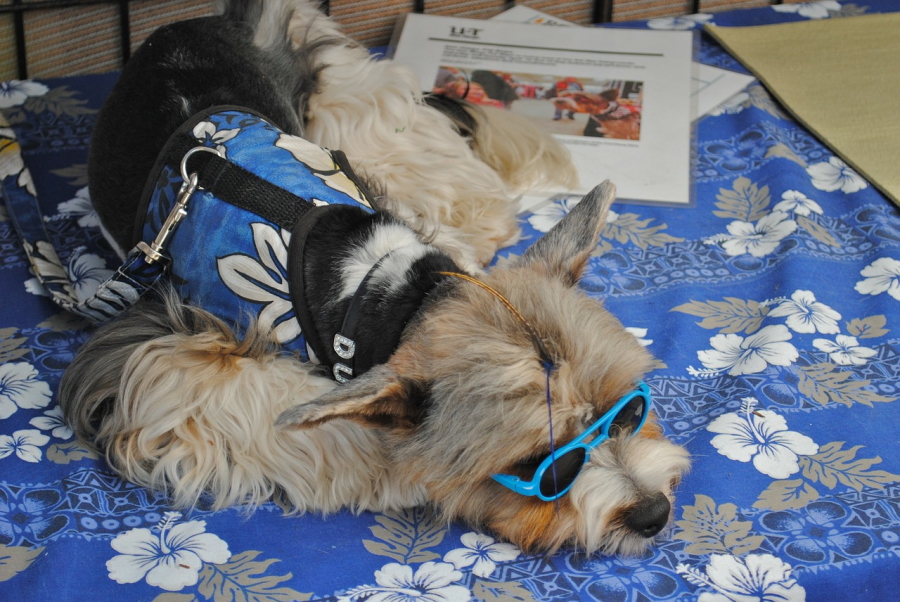 Even the Dogs are Cool in Carlsbad!

You could fly into LAX and out of San Diego, and do a one-way car rental, although these do tend to be more expensive and it might be cheaper to return to the airport you came in at. To get from San Diego to LAX on I-5 will take you about 2 hours.

When to Visit Carlsbad 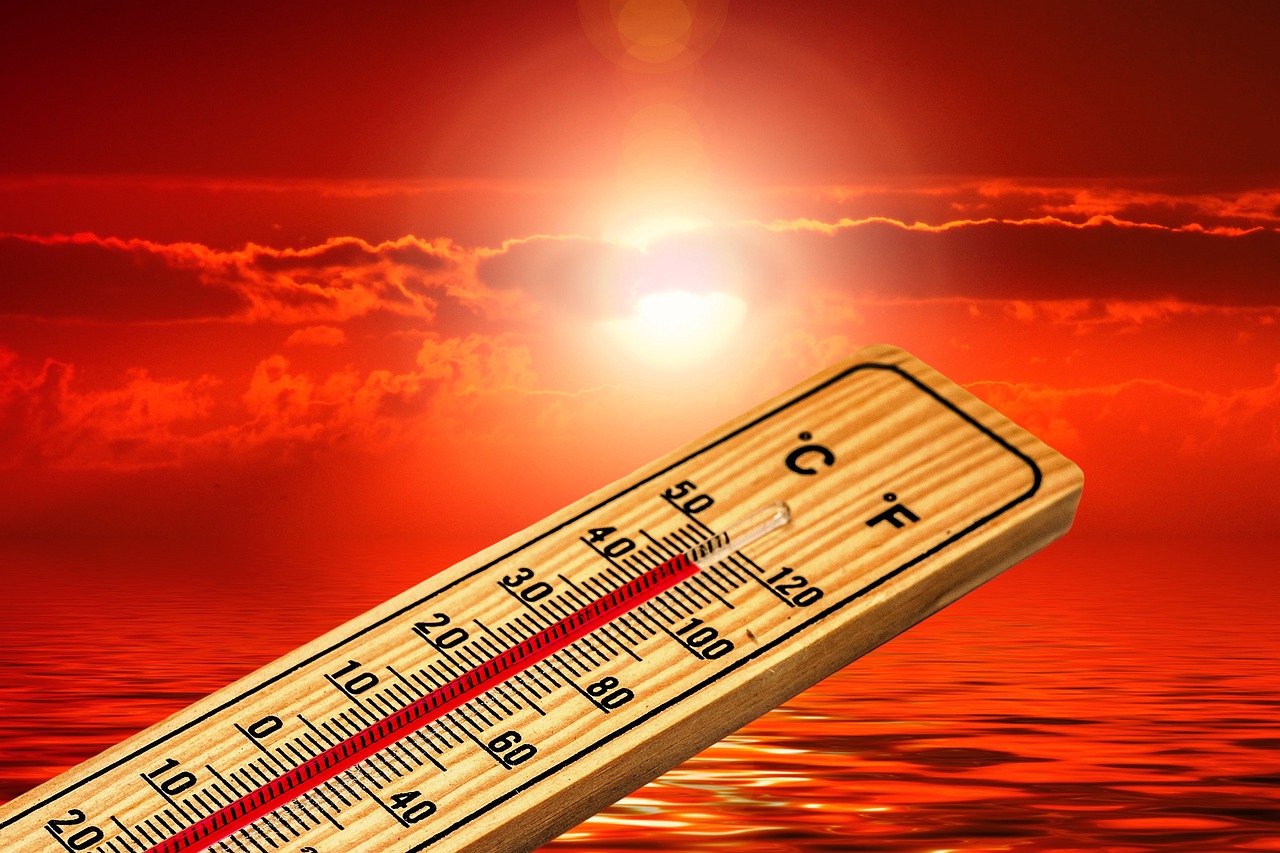 Carlsbad has what's called a semi-arid Mediterranean climate, which means you can pretty much visit all year round. It gets about 12 inches (30.5 cm) of rain a year, and though it can rain any time, you're not likely to see more than a shower or two from May to October.

As for temperatures, even in midwinter the record low temperature has never fallen below 32F (0C). Remember the song 'It Never Rains in Southern California'? Well, that's not true but it is fair to say that it never freezes in Carlsbad. In fact you're more likely to get sunburn in winter than frostbite. One year it reached 99F (37C) in November!

What to Do in Carlsbad 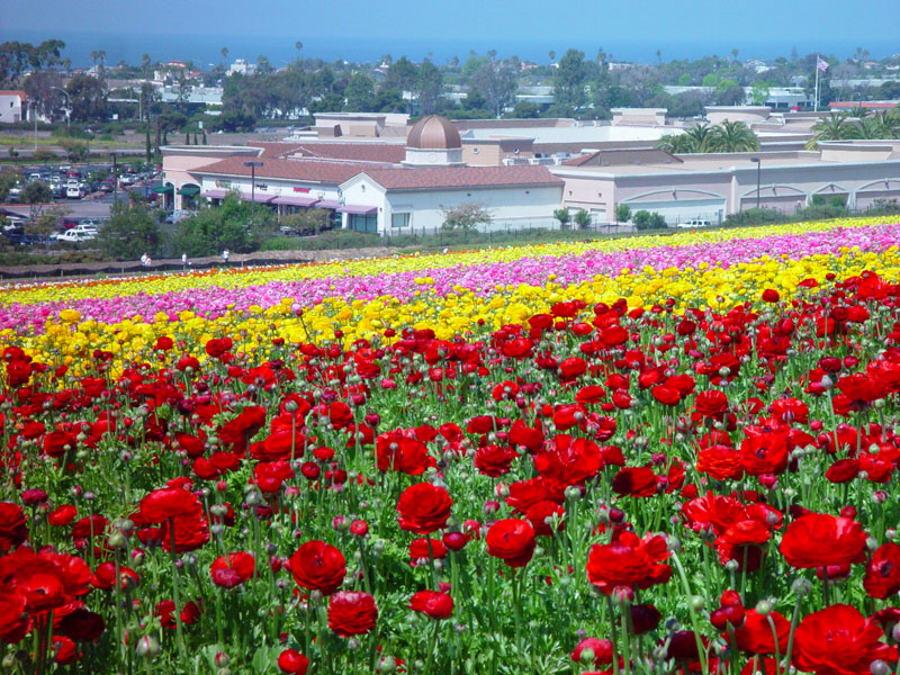 There are plenty of things to do in Carlsbad, far too many to list them all here. Given that the population is only about 115,000, it certainly punches above its weight when it comes to attractions. Some are seasonal, like its famous flower fields, but others you can normally enjoy pretty much all year, like LEGOLAND and the SEA LIFE Aquarium.

Carlsbad has 7 miles (11 km) of sandy beaches, and they range from busy beaches with lots of facilities, to quiet ones with no facilities. South Ponto Beach is popular, for example, with public restrooms and showers, and the Pacific Coast Highway runs right by it.

Tamarack Surf Beach is in the center of town and attracts families and surfers. Alongside it is the 4-mile (6.4 km) Carlsbad Seawall, a paved walking path which separates the beach from the Pacific Coast Highway. 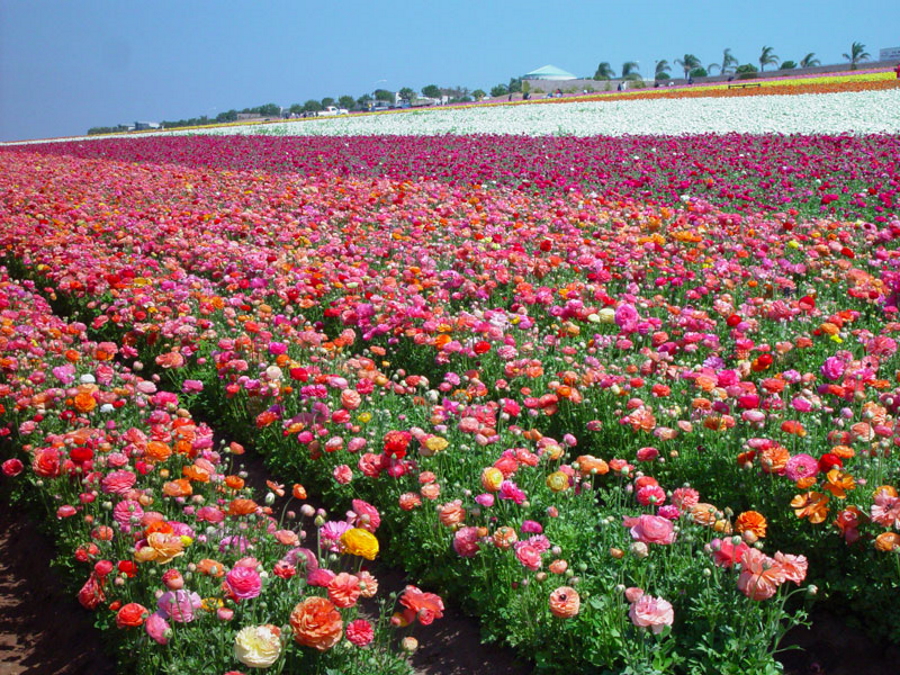 The Flower Fields at Carlsbad Ranch are one of Carlsbad's big and unique attractions, if you're visiting from March to about early May. Even if you're not staying in Carlsbad but driving through during that period, it's worth making a stop to see the 50 acres of flowers in bloom, creating an absolute riot of color.

The city's big family attraction is of course LEGOLAND, which is a 10-minute drive south of the city center and close to the Flower Fields. It was the first LEGOLAND to open outside of Europe, and your eyes will pop at the creative way that Lego bricks have been used to create just about anything you can think of - from dragons and Ancient Egyptian tombs to modern US cities, including a miniature Las Vegas, New York, and New Orleans. 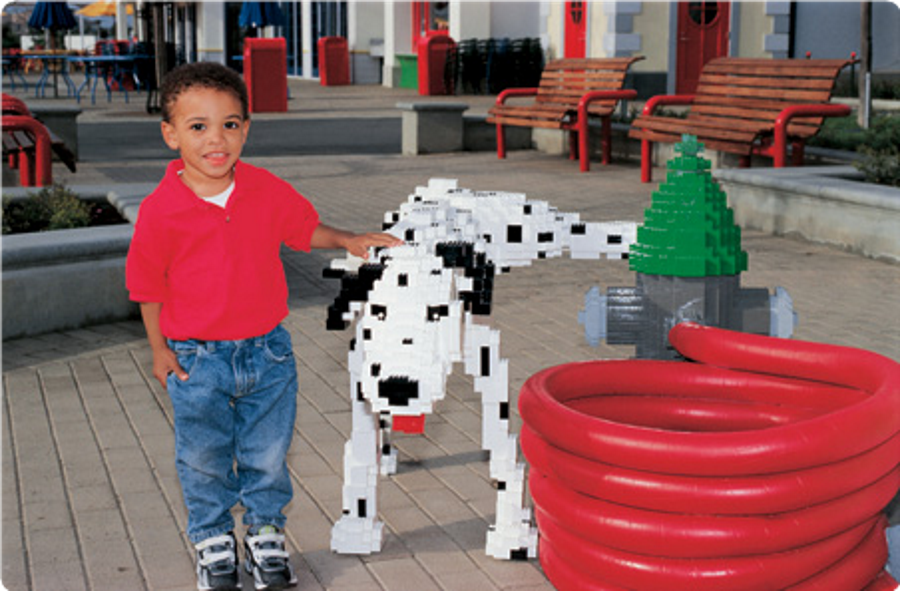 It isn't just about Lego, though, as it's also a full-blown theme park with lots of rides for kids of all ages, including rollercoasters. You also get chance to build and control your own robot from Lego. Great fun. 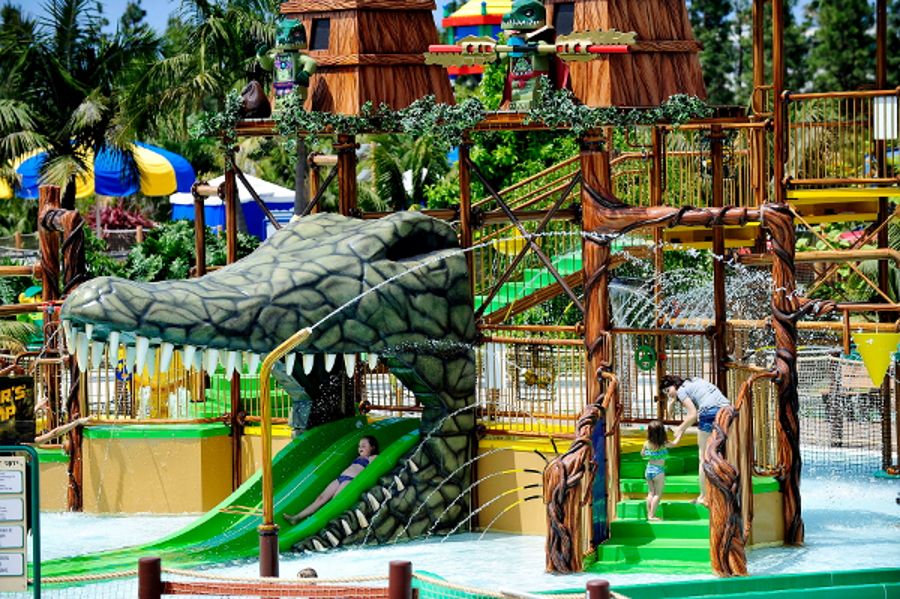 The Water Park is part of the LEGOLAND complex but with a separate admission charge, or you can buy a joint ticket at a discount. Lots of watery things to do, like slides, pools, a lazy river, and so on. You can try building your own boat out of Lego too. 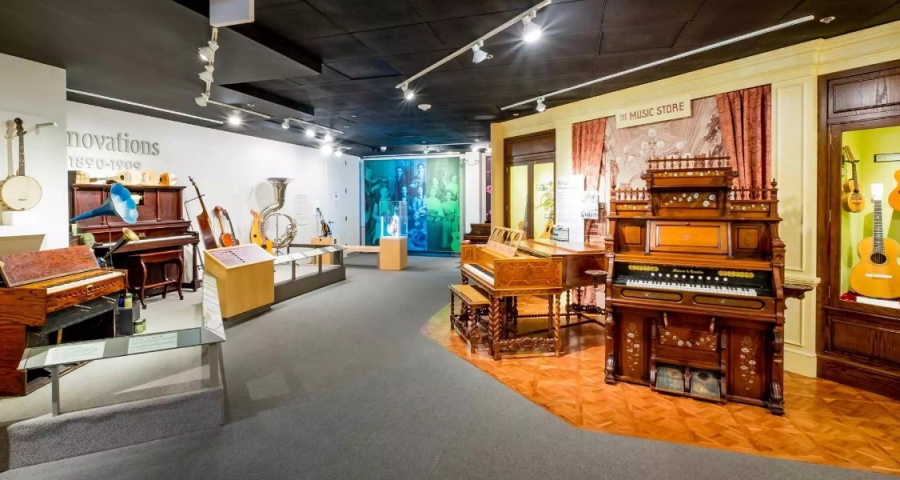 This fun Museum of Making Music stands in-between LEGOLAND and the Flower Fields and appeals to kids and adults alike. It covers the history of music from 1900 to the present day, with displays of instruments from around the world and, of course, the chance to make some music yourself. 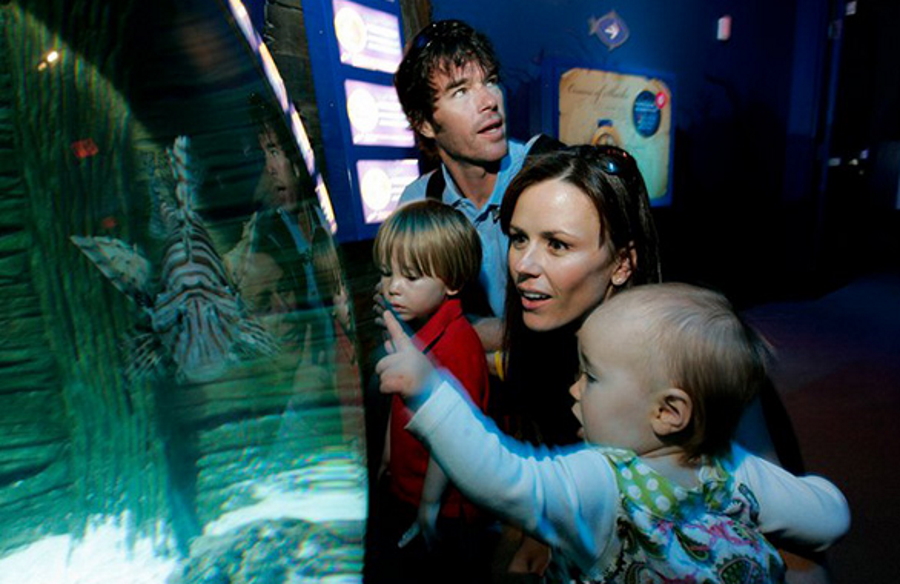 This is also a part of the LEGOLAND park but a separate attraction with a separate admission fee, or you can get a combined ticket with LEGOLAND. A new exhibit called Sea at Night lets you, as you've guessed, discover the nocturnal world beneath the waves.

There are plenty of hands-on experiences too, so if you've ever wanted to touch a shark or an octopus, now's your chance. There are educational talks, too, and plenty of opportunity to see the creatures being fed. 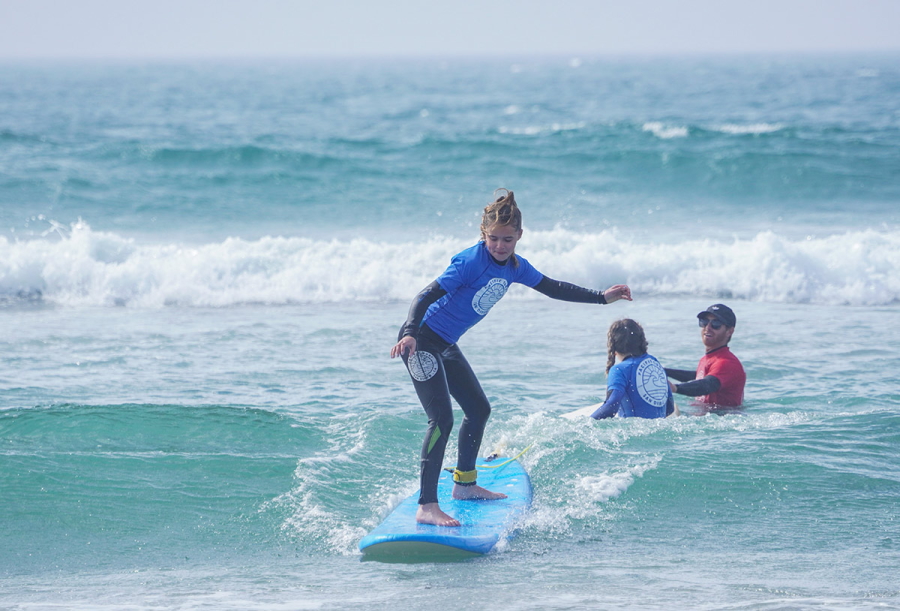 Learning to Surf in Carlsbad

There are lots of surfing opportunities in Carlsbad, and if you've always wanted to learn then there are places like the Pacific Surf School that are just dying to teach you.

Where to Stay in Carlsbad

If you're visiting Carlsbad call in at the Carlsbad Visitor Center. If you're planning a visit, head to the Visit Carlsbad website.