One of the best California coast guides is the California Coastal Access Guide, describing the coast’s beaches, National Parks, State Parks, with many maps. 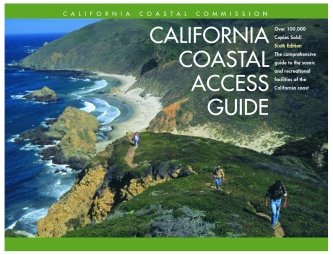 We were curious about this California coast guide. Many of our website visitors told us they had bought it and found it really useful, so why didn’t we review it? So we bought a copy and took a look. And we were impressed.

This review is of the 2003 edition of the guide. There is now an updated edition which we thoroughly recommend.

Let’s start by saying this California coast guide is not a guidebook. You won’t find hotels and restaurants listed here, although they do list all the hostels you’ll find along the coast.

But apart from that, it won’t tell you where to stay or where to eat. There are also only brief entries for museums and other attractions, and not every attraction in every place along the coast is listed.

Why Buy this California Coast Guide?

If it isn’t a very thorough guidebook, why on earth would you want to buy the California Coastal Access Guide? The answer is because it’s the most thorough guide to all the natural wonders of the California coast that you’ll find. By the time this edition had come out in 2003 it had sold over 100,000 copies, which is a good sign.

The various sections of the Introduction give you some idea who the book is aimed at. There are pages on Children and the Coast, Boating and Boating Safety, Access for Persons with Disabilities, Environmental Camping, Coastal Hostels, and several sections about the California coast’s precious wildlife: Protecting Marine Wildlife, and Marine Sanctuaries, for example 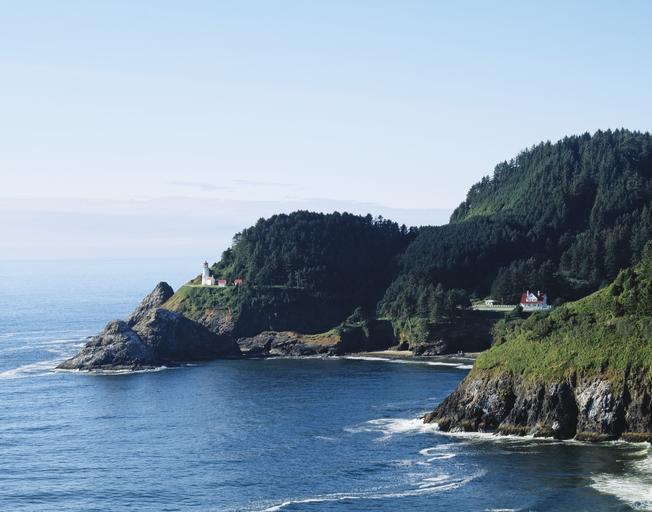 The Heceta Head Lighthouse on the California Coast

The guide will definitely appeal to those who - like us - love the wildlife we see on our journeys up and down the Pacific Coast Highway. Dotted throughout the book are numerous full-page features which cover subjects like the Northern Elephant Seal, Monarch Butterflies, the Southern Sea Otter, Tidepools, Clams, Shellfish, Sharks, Seabirds, Shorebirds and Waterfowl, and the California Gray Whale. All of these are in-depth looks at the creatures that live on or just off the coast, and will add a great deal to your journey through California. 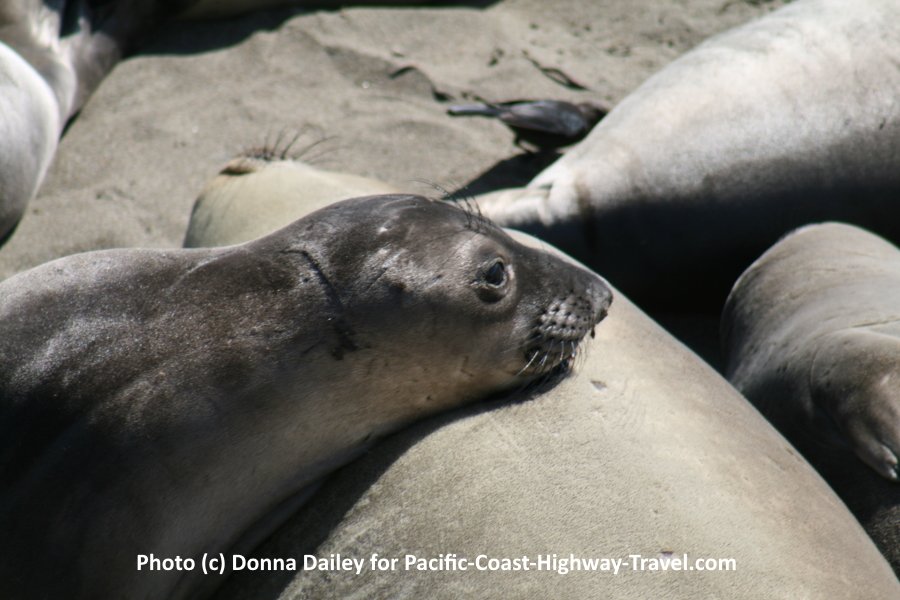 As this is an official publication, you’d expect it to be good on state facilities - and it is. It includes full details (including maps, facilities, phone numbers) for all the California coast’s National Parks, Recreation Areas, State Parks, State Beaches, Marine Sanctuaries, Natural Reserves, Natural Preserves, and Natural Refuges. For anyone who likes visiting any of these places, the book is invaluable. 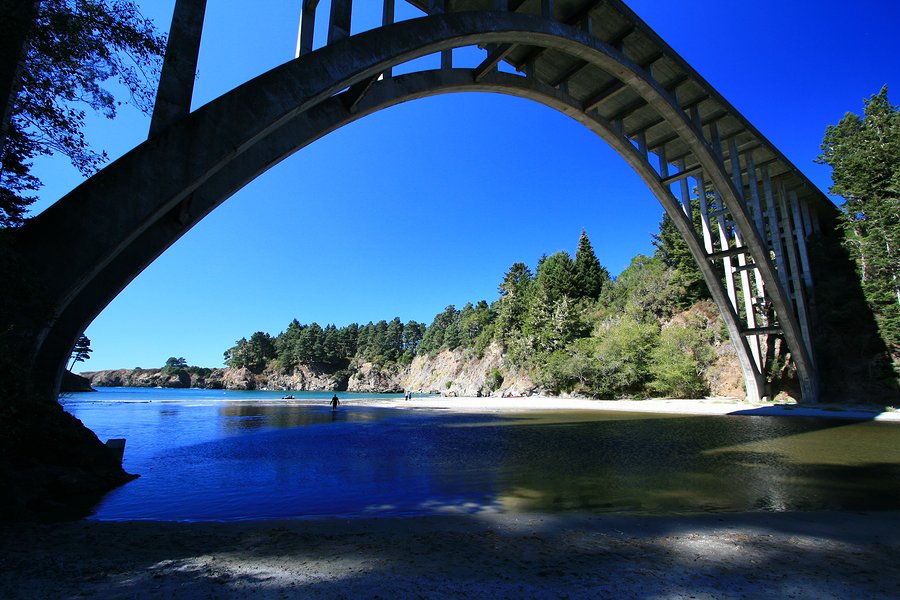 Inevitably in a book this old, some of the information is dated. I certainly wouldn’t reply on the opening hours, for example! Very few websites are listed, of course. Places like the Monterey Bay Aquarium and the Scripps Institute in La Jolla have changed a lot in ten years.

One notable omission is the place we always stop at when driving the Pacific Coast Highway: the Piedras Blancas Beach, just north of Hearst Castle. This is where the elephant seals gather, to mate and give birth, and it’s one of the most thrilling sights anywhere along the west coast of the USA. But the seals only started arriving here in 1990, and the first edition of this book was published way back in 1981. It looks like it hasn’t been updated properly, as you can’t ignore this rookery of up to 17,000 elephant seals if you’re describing the California coast. 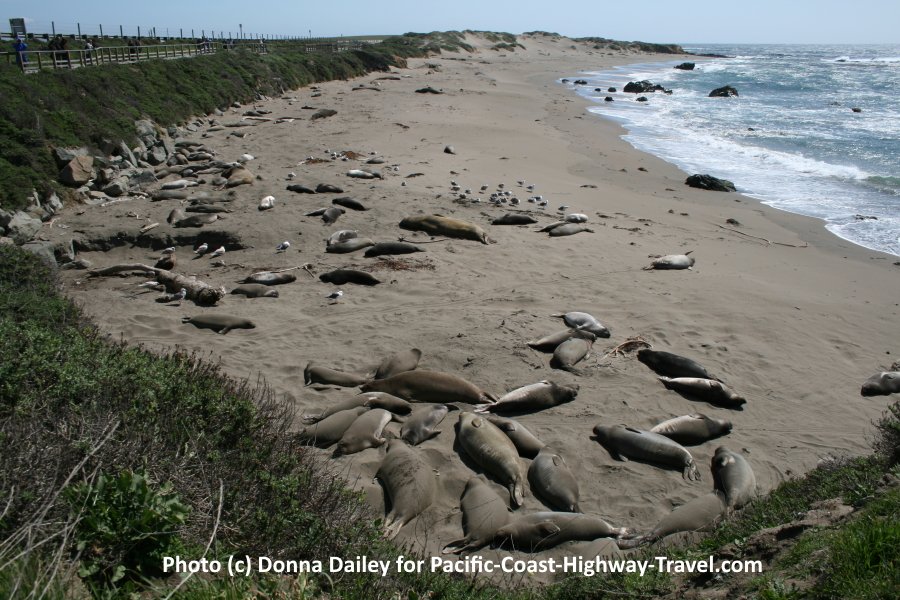 Piedras Blancas might be excluded because it isn’t a State Beach, but the California Coastal Access Guide is so much about wildlife that this very special place ought to be in there. Next edition, anyone?

Bixby Bridge on the California Coast

Despite some of the information being slightly dated, we still thoroughly recommend this guide for your Pacific Coast Highway drive if you are at all interested in wildlife, walking, scenery, or any other natural aspect of this fabulous stretch of coast.

This review is of the 2003 edition of the guide. There is now an updated and improved edition.