For a Moss Beach hotel just off the Pacific Coast Highway, the Seal Cove Inn offers good accommodation north of Half Moon Bay, minutes from the ocean. 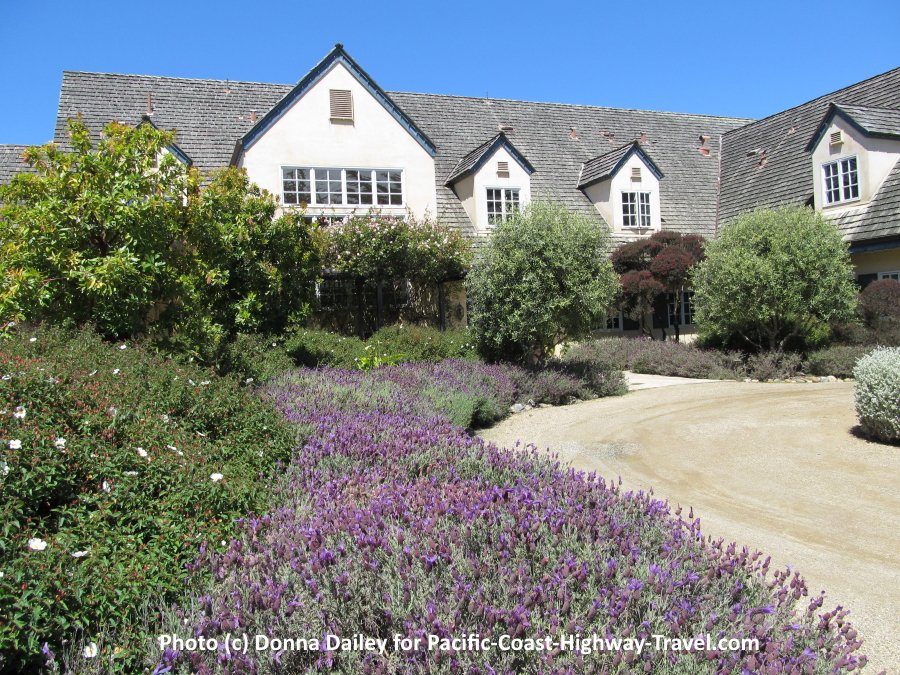 The Seal Cove Inn is on Cypress Avenue, which is directly off the Pacific Coast Highway, and aptly named as you drive down the quiet road through shady cypress trees.

This Moss Beach hotel is then set back off Cypress Avenue, a really quiet location a few minutes walk from the ocean. We arrived at 6pm, just as the afternoon tea and hors d' oeuvres was finishing, so we took some of the artichoke dip, cheese, crackers, and poppy seed cake up to our room to snack on while we unpacked. 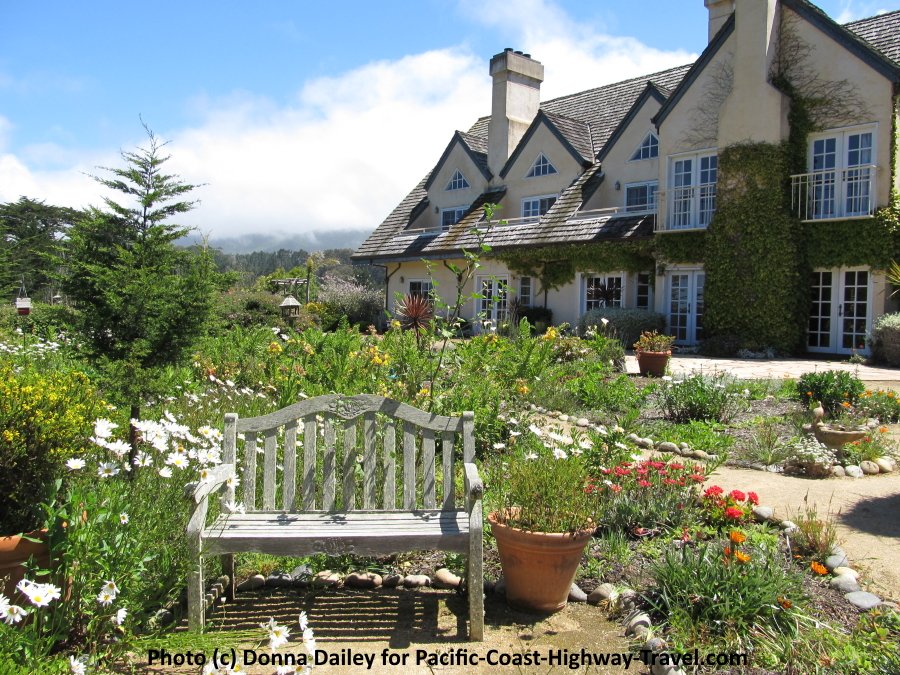 The Gardens Behind the Seal Cove Inn

Our Room at the Seal Cove Inn

We had Room 7, which we later discovered was bigger than the other rooms, extending further out at the back of the inn. It looked out, as the rear rooms do, over the beautiful gardens, and it was huge. The feeling of space was helped by the high ceilings and the neutral beige color of the walls and carpets. We loved the minimalist approach. 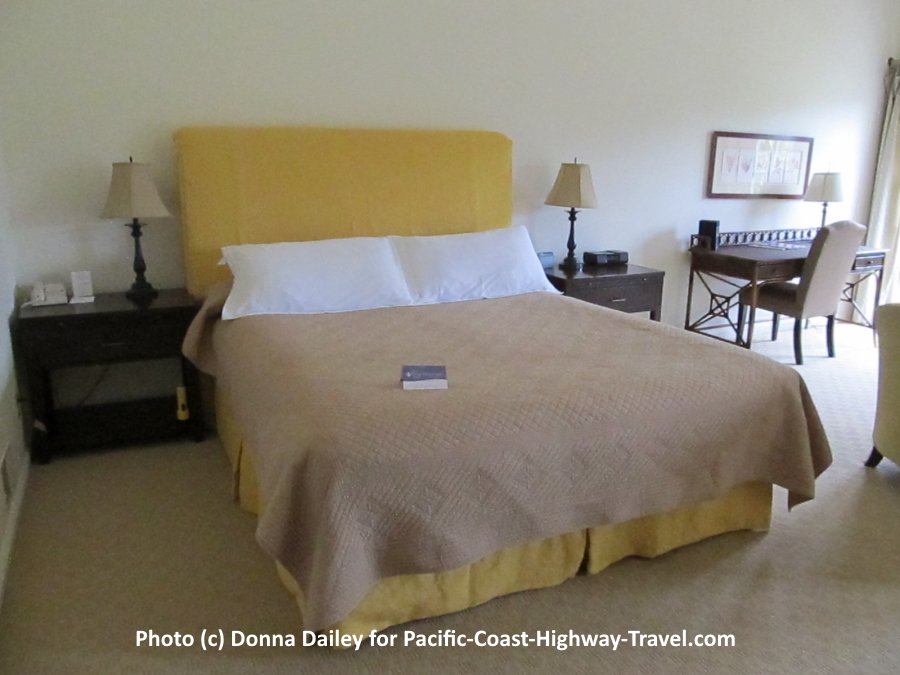 Our Room at The Seal Cove Inn

The room had everything you needed - a sofa, coffee table, a large desk, a TV stand and a big bed – without feeling crowded. There were some really lovely art works on the walls, too, delicate sketches and etchings of plants and sea creatures. 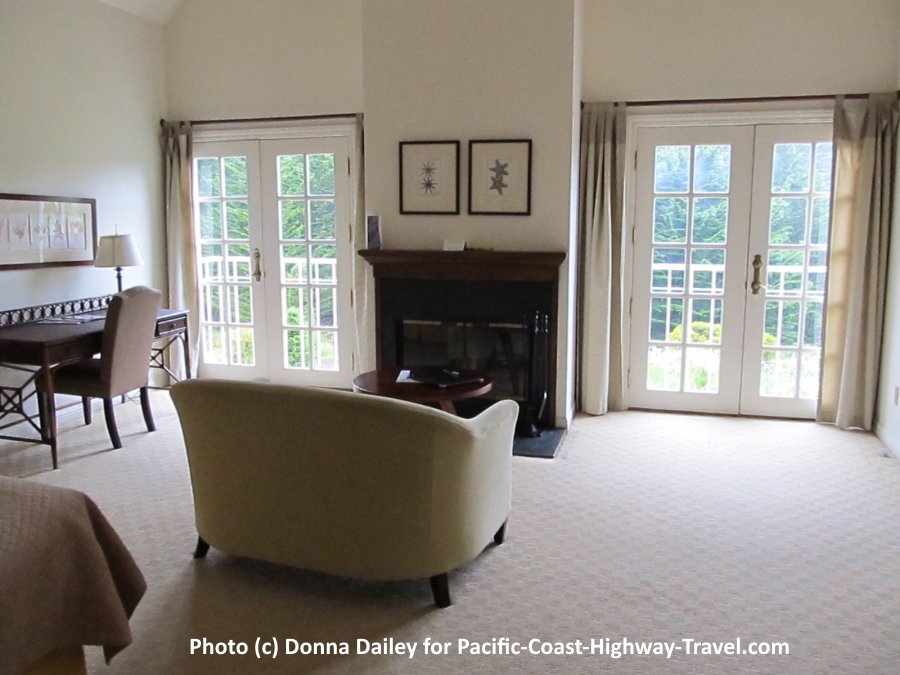 Our Room at The Seal Cove Inn

The room also had an easy-to-light wood-burning fireplace, which we made full use of on what was a damp evening. It came with two nifty and clean bags of wood in burlap sacks, which you just put in the fireplace and set light to.

They were so small we were convinced they wouldn't give out any heat, or would burn out quickly, but they were amazing. The first one burned warmly for hours, and we asked for the name of them at the reception desk, to get some for our own fireplace at home. 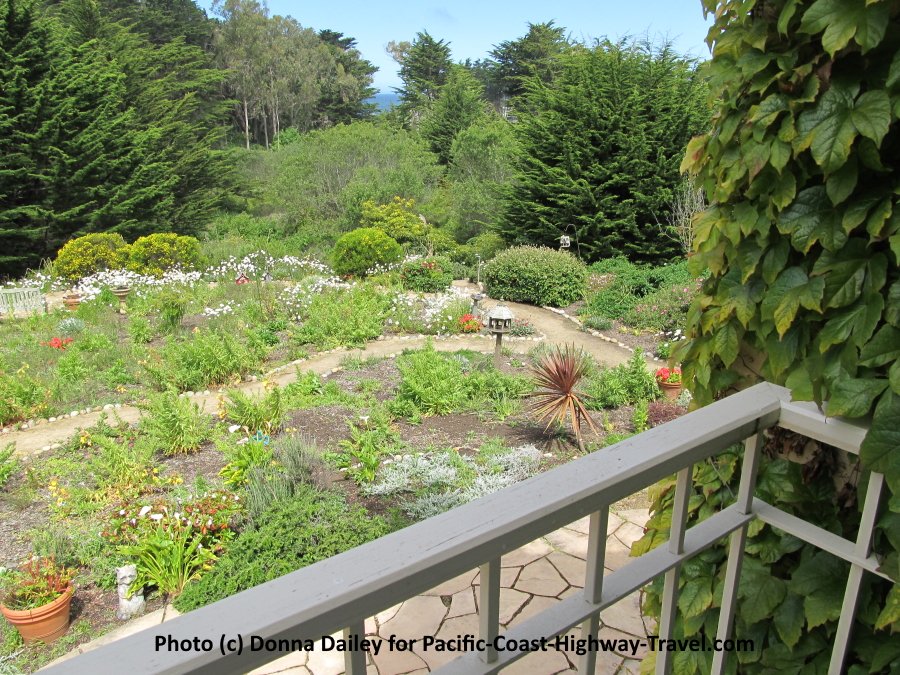 View from Our Room at The Seal Cove Inn

The Seal Cove Inn has a big library of movies on video and DVD, free for guests to use, and there are always cookies on the front desk, and tea and coffee available all day in the guest lounge.

We were impressed by the buffet breakfast, far better than most buffet breakfasts are: a bell pepper strata with a red salsa, grits, yogurt, bread, bagels, cereals, tea, coffee, juices and a very more-ish coffee cake - in fact we did have more! 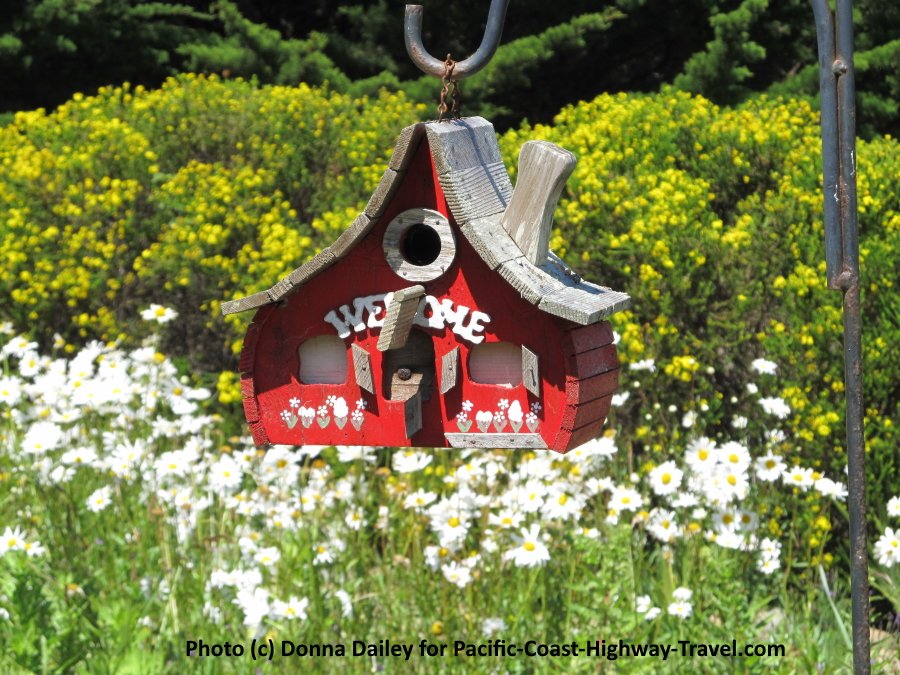 In the Gardens at The Seal Cove Inn

The crowning glory of the Seal Cove Inn, though, are its beautiful and colorful gardens. As a picture's worth a thousand words, we've put several garden photos in the slide show at the top of the page. In the morning before we left, there was plenty of time to walk down to the coast and see the seal cove that the inn takes its name from. 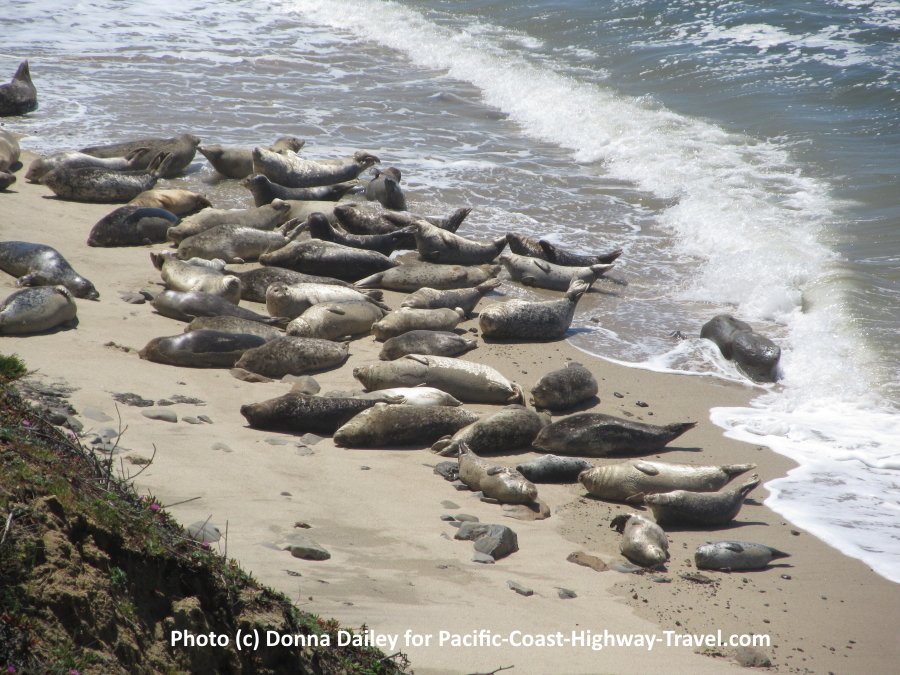 Then we came back and enjoyed the gardens, seeing hummingbirds and quail, before it was time to get back on the road after a totally relaxing overnight stay. 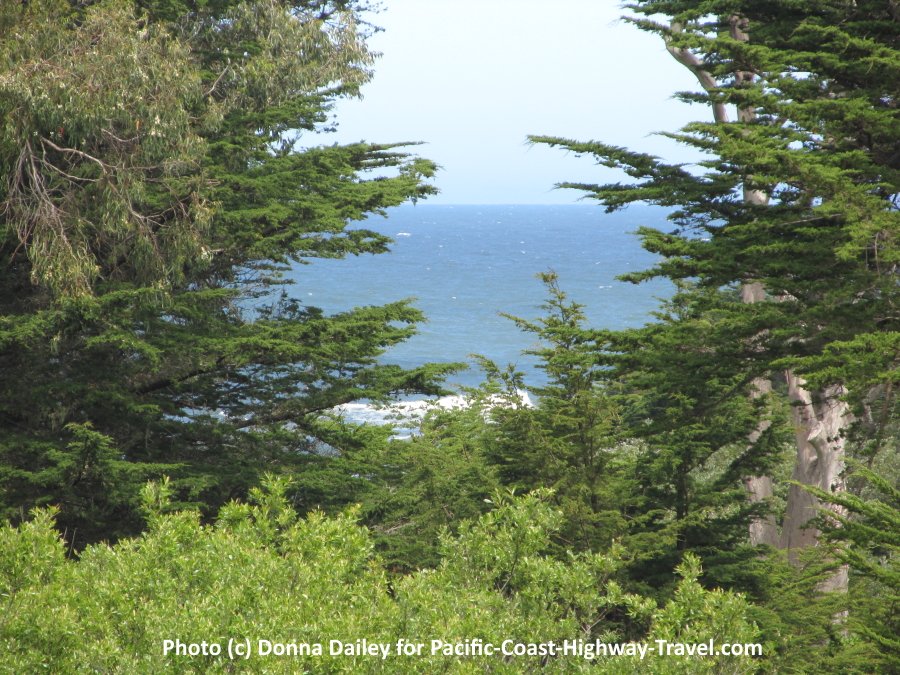 View of the Sea from the Gardens