Oceanside is a typical southern California beach town with a surf culture and with the Pacific Coast Highway running right through it. 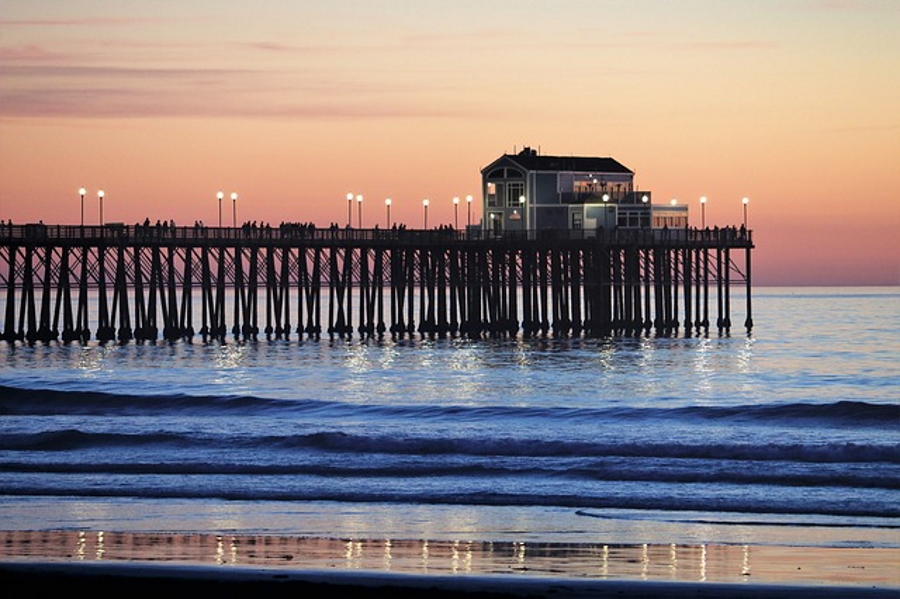 Oceanside is about 90 miles south of Los Angeles International Airport, so if flying into LA you could be in Oceanside in 90 minutes. It's also about 40 miles north of San Diego, less than a 40-minute drive if you take I-5, though we prefer the slower oceanfront road through places like Del Mar and Carlsbad. 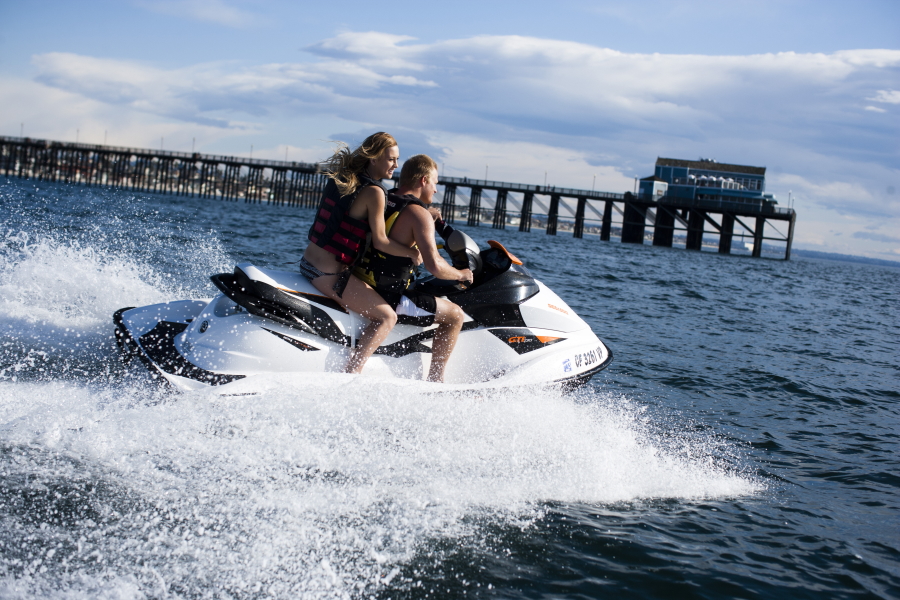 When to Visit Oceanside?

Oceanside has an ideal climate so you can visit any time of the year. You're more likely to see some rain in the winter months, but from April to October there's less than an inch of rain each month.

There can be days in winter when it will fall below freezing at night, but they're few and far between. The average daytime temperature is in the 50s in winter and the upper 60s in summer, but it's likely to be warmer than that. Even in January they've experienced a record high temperature of 92 degrees! 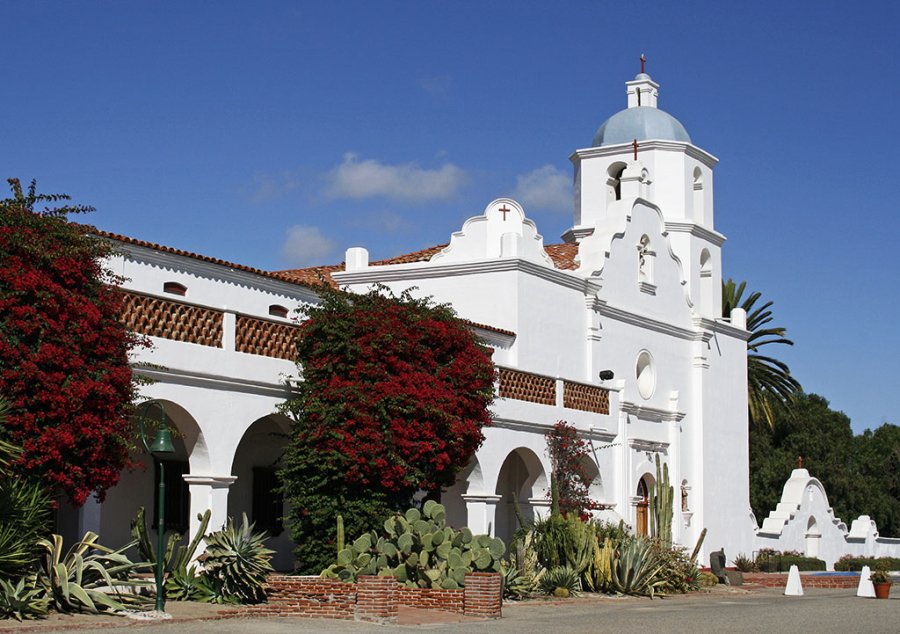 Oceanside was first settled by Native American peoples, partly because of its location on the San Luis Rey River. These days there's an enjoyable hiking and biking trail alongside the river.

The first Spanish missionaries arrived in 1769 and founded the Mission San Luis Rey de Francia. This is about five miles inland from the Pacific Coast Highway, and well worth making the detour to see. The church on the site today was built in 1815 and is a beautiful building and a National Historic Landmark.

Oceanside slowly developed as an agricultural community, thanks to the supply of fresh water from the river. The town grew from that, aided by tourism in the 20th century and today it has a population of about 175,000.

What to See and Do in Oceanside

In addition to the river trail and the mission, here are some of the other things to see and do in Oceanside. 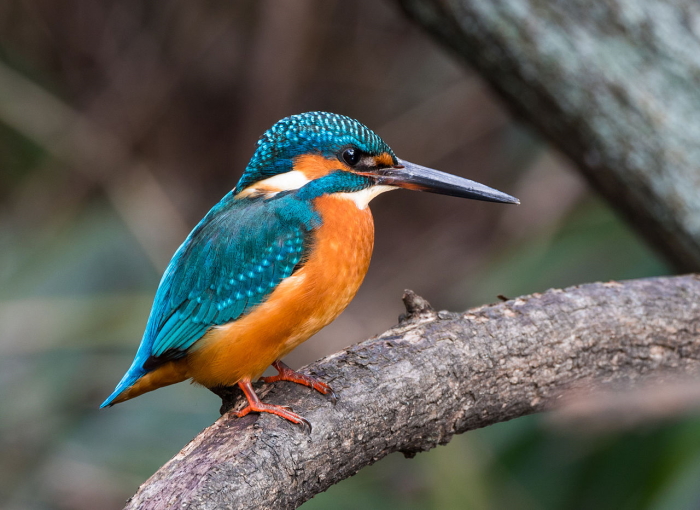 Right by the Buena Vista Lagoon Ecological Reserve, as you head south towards Carlsbad, is this nature center. It shows you what you're missing if you speed north on I-5, which goes right by the eastern end of the 220-acre lagoon. There are viewing platforms, exhibitions, and a nature trail which has a neat interpretive map for your cell phone that tells you what you're seeing as you walk round.

The reserve is particularly known for its birds, including turkey vultures, peregrine falcons, hawks, owls, herons, and kingfishers. 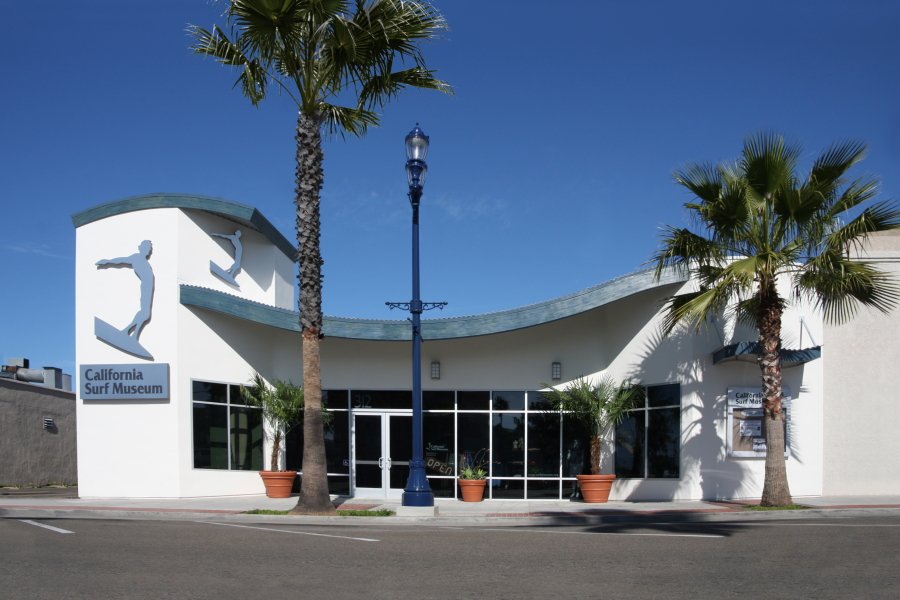 The California Surf Museum has displays on surfing life and culture that should appeal to both surfers and non-surfers, and are also a good family attraction. There's naturally a huge collection of surfboards, including one that a shark has taken a bite out of. As well as surfing memorabilia and music, there are changing exhibitions too. 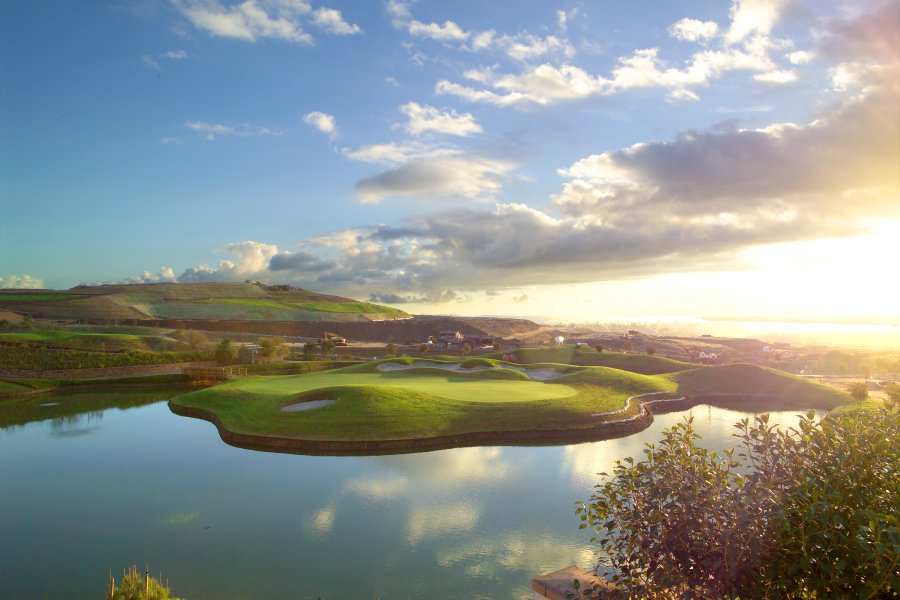 The Arrowood Golf Course in Oceanside

Oceanside is home to Goat Hill Park, which was the first golf course in San Diego County, and the sport has continued to grow ever since. No matter what your ability, you'll find a course to suit you. Some of them offer ocean views, too. You can find a list of courses on the Visit Oceanside website's golf page.

Oceanside Harbor is no regular harbor. For a start it has three different areas, including stretches of beach. It's used by surfers and paddleboarders, and is where you can book whale watching cruises or deep-sea fishing trips. There are plenty of shops and eating places around there too. 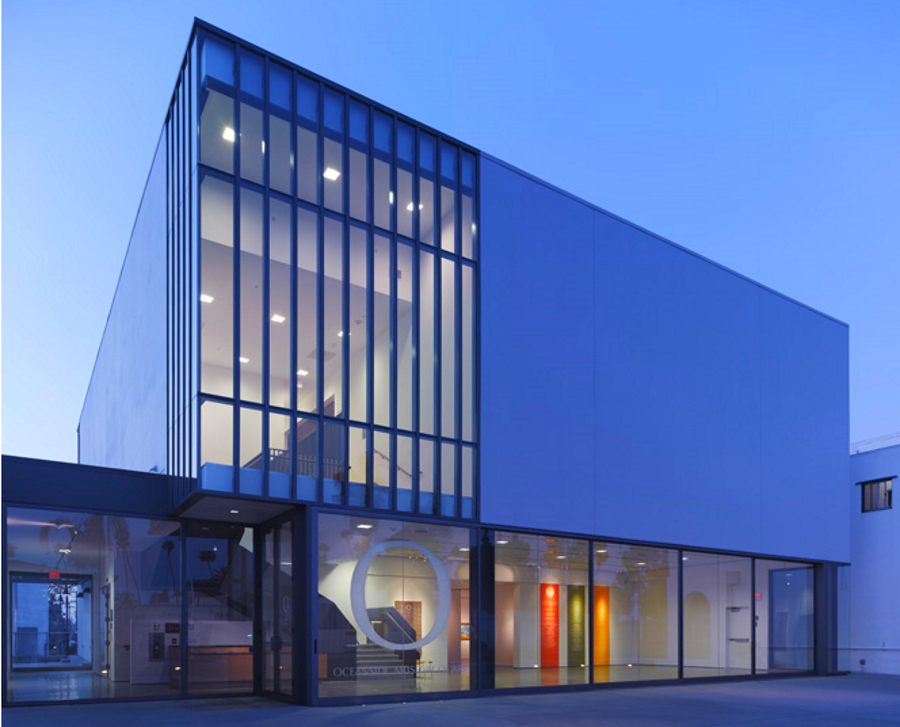 The Oceanside Museum of Art

Not far from the California Surf Museum, a few blocks back from the pier, is the Oceanside Museum of Art. The museum opened in 1997 and is spread across two buildings, with the collection featuring contemporary artists of southern California. 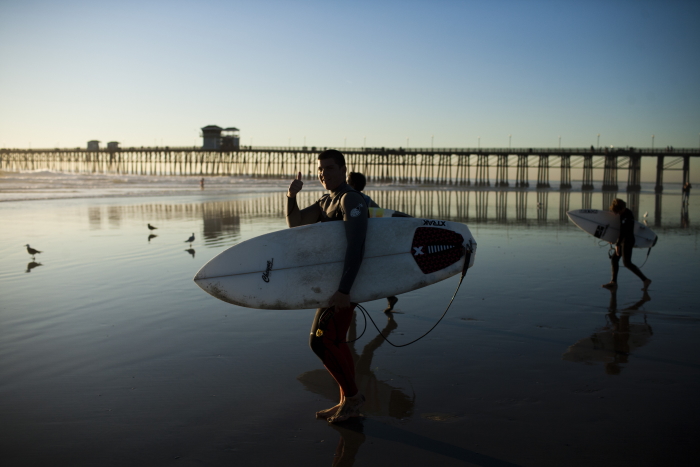 Surfers in Front of Oceanside Pier

Oceanside Pier was built in 1888 and is 1,942 feet long. If you visit Oceanside you just have to walk to the end for the views, and there's also the chance that you might see whales. The pier is a popular spot for fishing and for surfing, as the waves crash in either side of the pier. It's a good vantage point if you want to watch the surfers. There's also an amphitheater adjacent to the pier that's used for holding events. 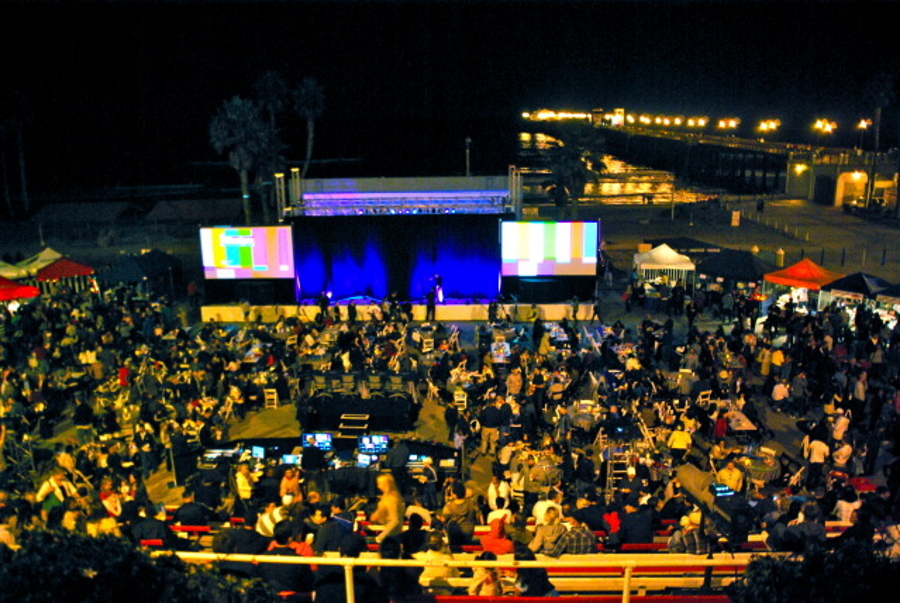 The Amphitheater near Oceanside Pier 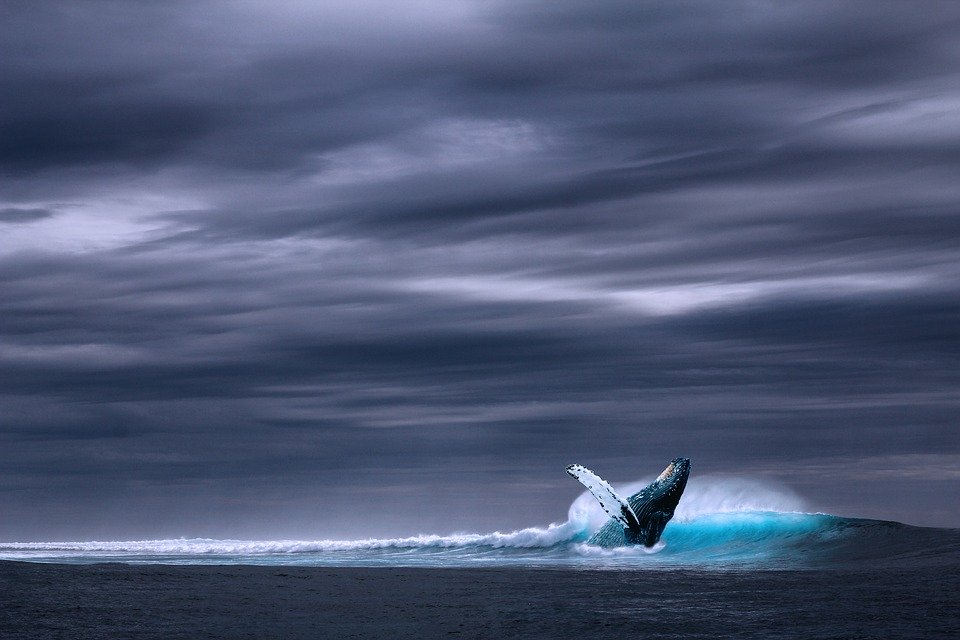 As with other places like Dana Point and San Diego, Oceanside is a good place for whale watching. You can sometimes see whales and dolphins from the pier, and if you want to go out on a boat head to the harbor where there are plenty of tour boats to choose from.

Oceanside hosts many major events throughout the year so if you're planning to stay overnight you should book your accommodation well ahead in case your visit coincides with one of these big events, which normally attract huge crowds.

January sees the Surf Cup and the Scholastic Surf Series. There are other surfing events throughout the year. In February there's an International Film Festival. 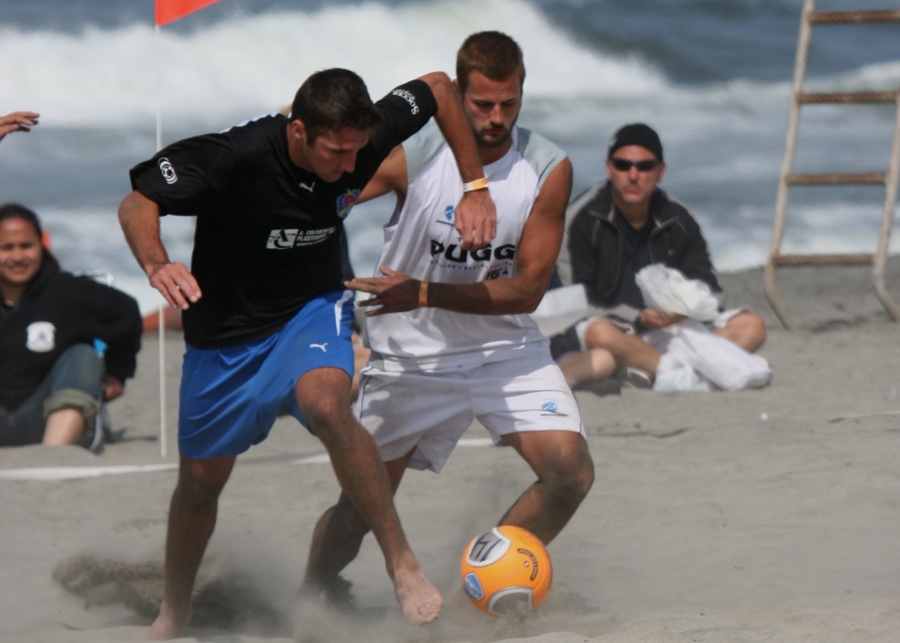 In late May Oceanside hosts the Beach Soccer Championships.

In mid-June Oceanside acts as the starting point for the annual 3,000-mile Race Across America bicycle race, regarded as one of the toughest sporting challenges in the world. June also brings the USA Surfing Championships. 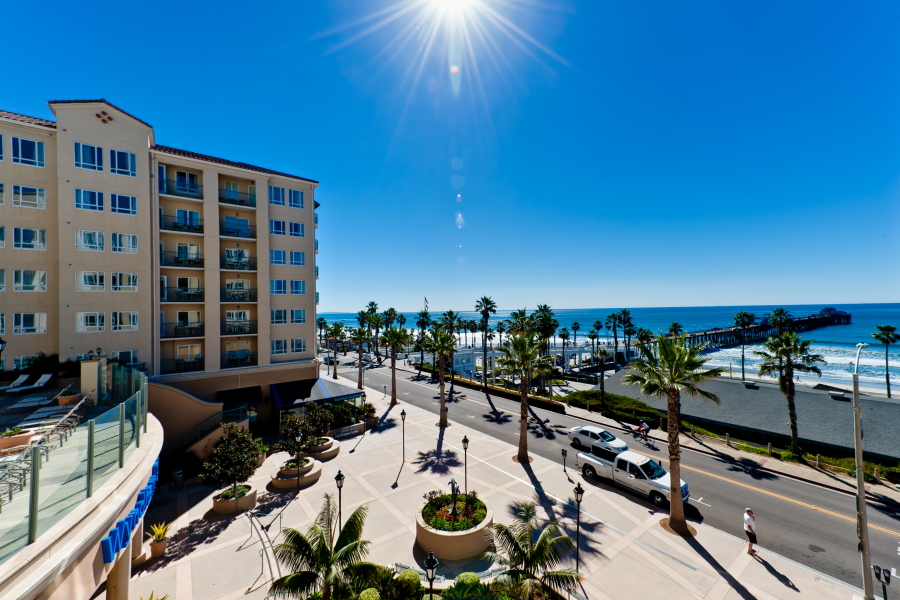 Where to Stay in Oceanside