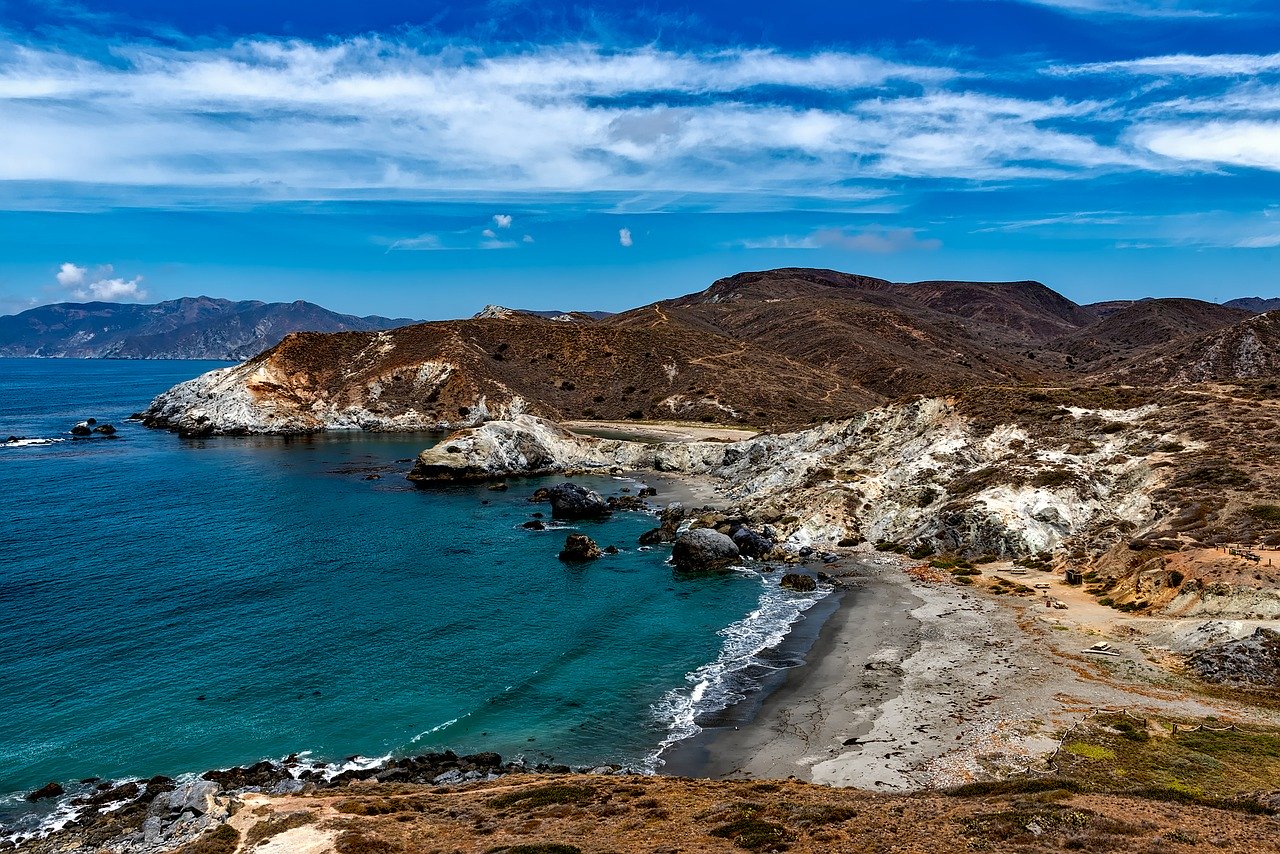 Santa Catalina Island is in Southern California, and almost directly due west from Dana Point. It’s visible on the horizon from Huntington Beach, but you can only get there by boat from Long Beach, San Pedro, Newport Beach, and Dana Point.

Santa Catalina Island covers an area of just under 75 square miles, and its highest point is the 2.097 feet (639.2 meters) of Mount Orizaba. Its population is just over 4,000, the majority of which live in the main town of Avalon. It’s part of the Channel Islands of California, though not one of the five islands which make up the Channel Islands National Park. 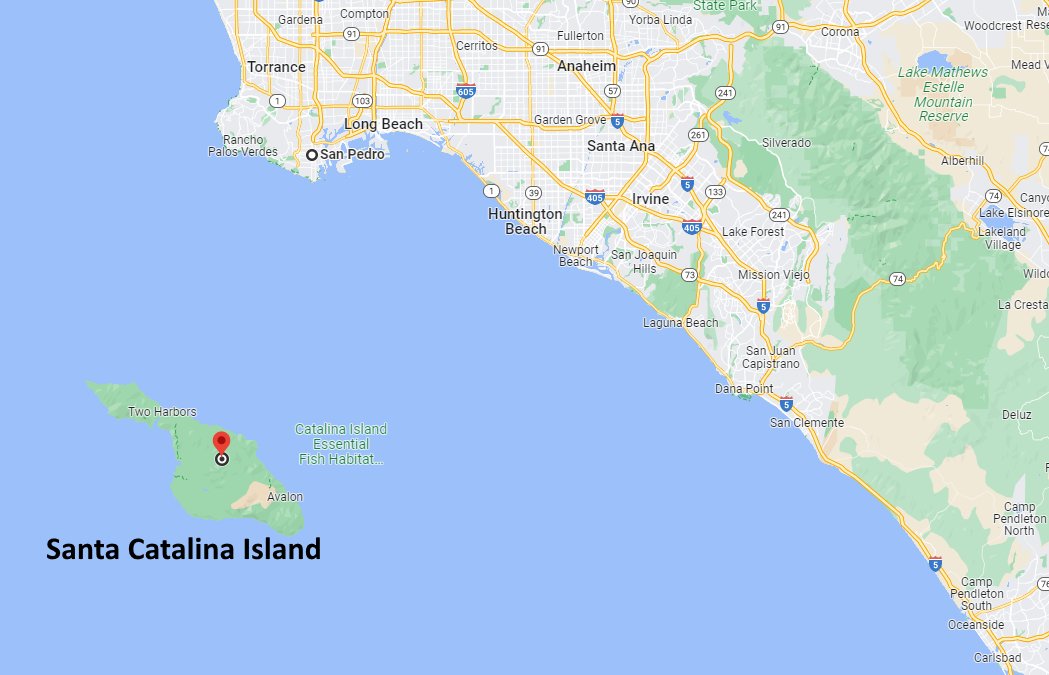 How to Get to Santa Catalina Island

It only takes about an hour to get to Santa Catalina Island, and there are ferries for foot passengers from Long Beach, San Pedro, Newport Beach, and Dana Point. Long Beach and San Pedro also offer helicopter services. There is an airport on the island, Catalina Airport, but at the moment it is only open for charter aircraft. 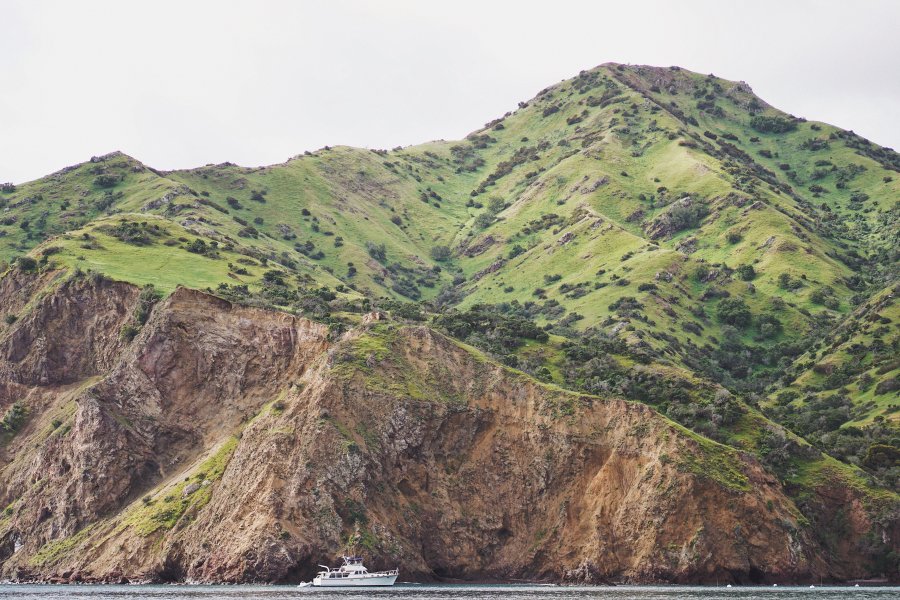 Getting Around Santa Catalina Island

You cannot take your car over to the island on a ferry. There is a limit on the number of cars allowed on the island. Even if you move to the island from the mainland, you could be waiting several years for your car to get permission to join you.

As a result, your transport options are limited. There are taxis, though most people use golf carts or bicycles. You can rent both of these, although if you want to explore the island you’ll first need a permit, which you get from the offices of the Catalina Island Conservancy. 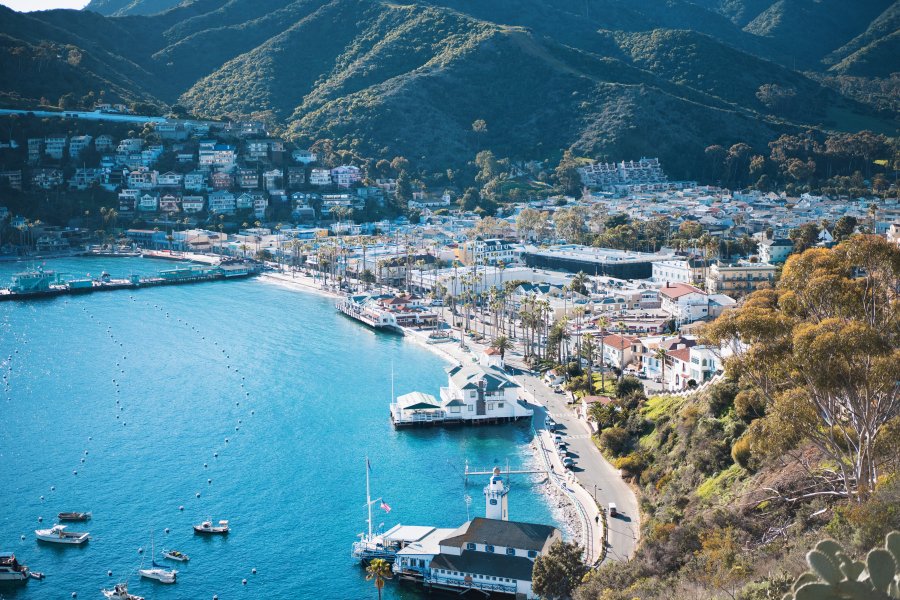 When to Visit Santa Catalina Island

The island has a Mediterranean climate and you can visit all-year-round. Even in winter, average daytime temperatures are in the 50s, though it very occasionally drops below freezing at night. Most rain falls December-Match, with very little in the summer months. 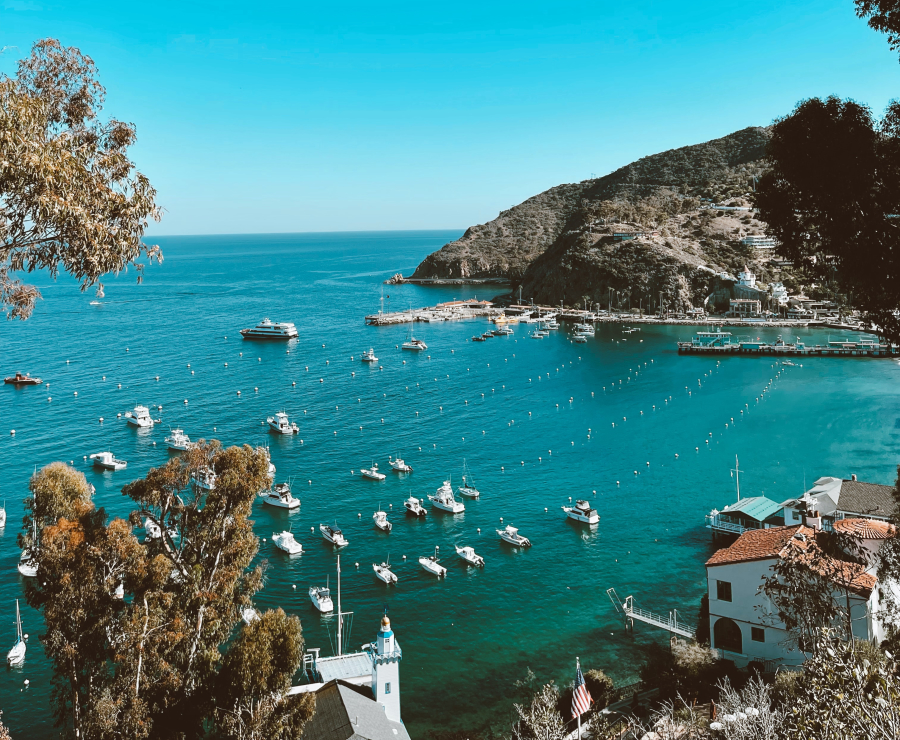 What to See on Catalina Island

Surprisingly, there is a herd of about 150 American bison on the island. The fact that the island is quite easy to get to from Hollywood means that many movies have been filmed here. For one of them, several bison were brought over. They were left on the island and subsequently bred to build up quite a herd. Several tours will take you to see them. 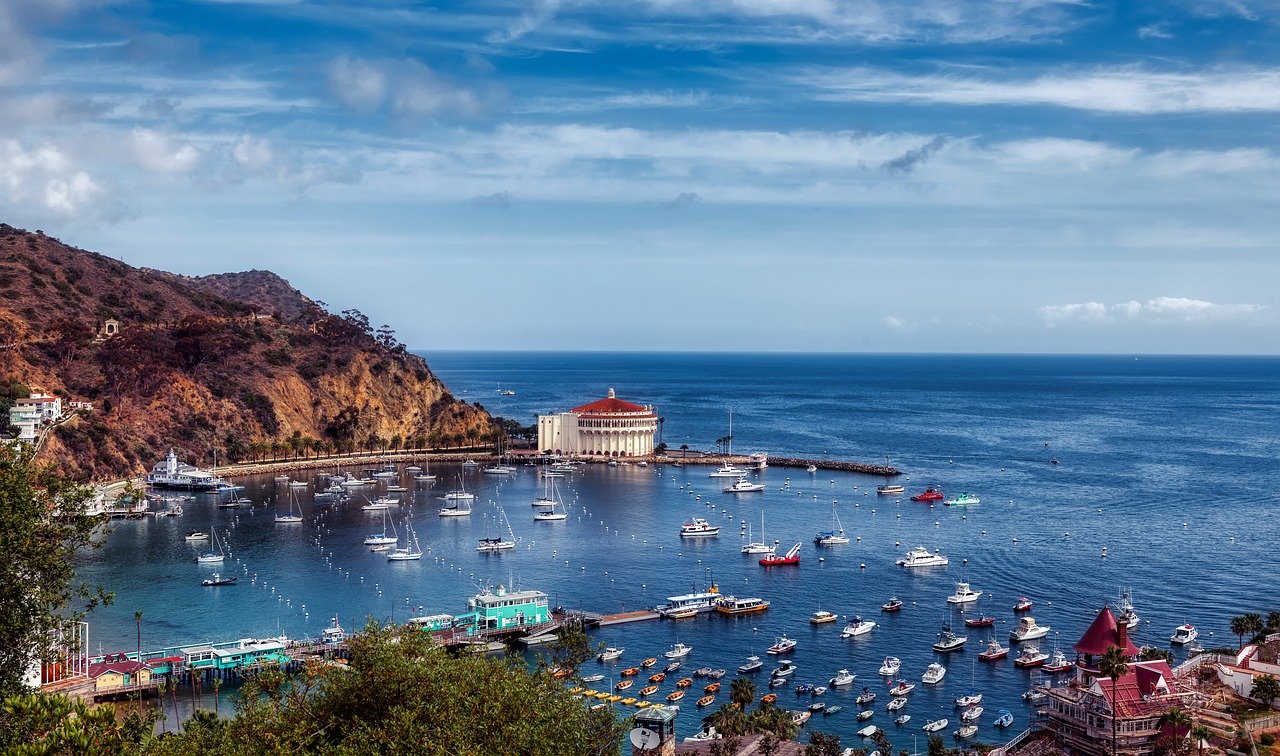 You can’t miss the casino as it’s the biggest building on the island and you see it as the boats come into the harbor at Avalon. It was built in 1929 by William Wrigley Jnr, of chewing gum fame, in an attempt to bring tourists to the island. Despite the name, it’s never actually been a casino, as we generally understand the word. It’s never been a home for gambling. It used to house the island’s museum and today is home to a cinema and a ballroom. The cinema isn’t currently operating as such, though there are daily tours. visitcatalinaisland.com/things-to-do/catalina-casino.

This museum, in the center of Avalon, inevitably tells you all about the history and culture of the island. It’s much more than that, though, as they also organize visiting exhibitions, outdoor movies, comedy nights, cruises, family days, lessons, talks, and tours, including a Behind the Scenes tour at the island’s casino. catalinamuseum.org. 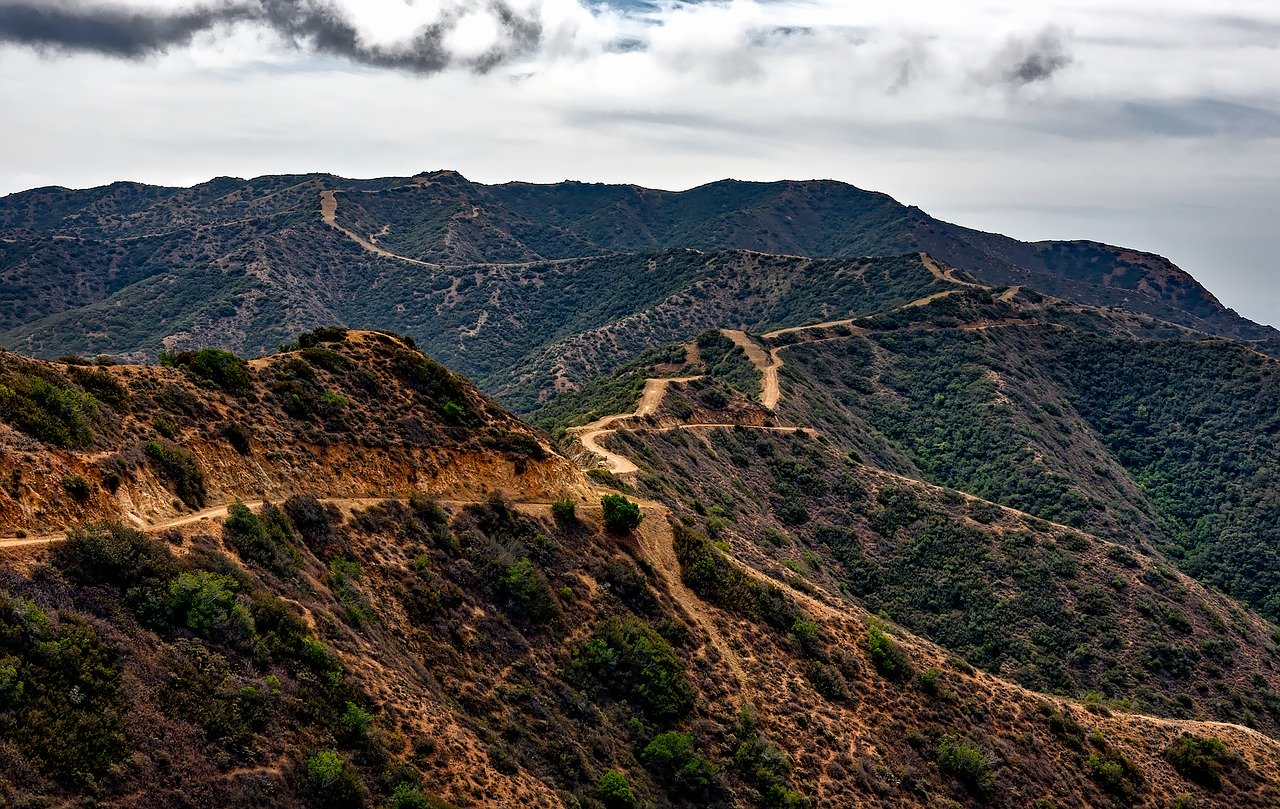 The Interior of Santa Catalina Island

Although you need a permit if you want to tour the island yourself, you can join an organized jeep or bus tour to take you around Santa Catalina Island. You can also take boats around the island, notably from Avalon to the second-biggest settlement, Two Harbors. A bus also links the two places. 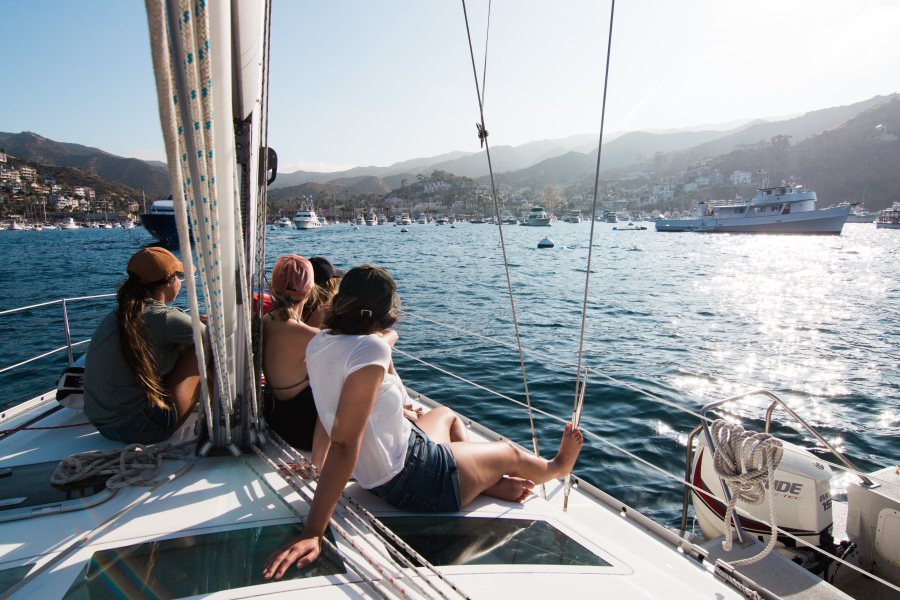 You can take a tour around the island in a glass-bottom boat, while the more adventurous will want to go snorkeling or scuba diving. There are a few beaches where you can also go paragliding.

Where to Stay on Catalina Island