Historic and romantic Vagabond's House Inn Bed and Breakfast in Carmel is a great place to stay with free wine and cheese and generous breakfast. 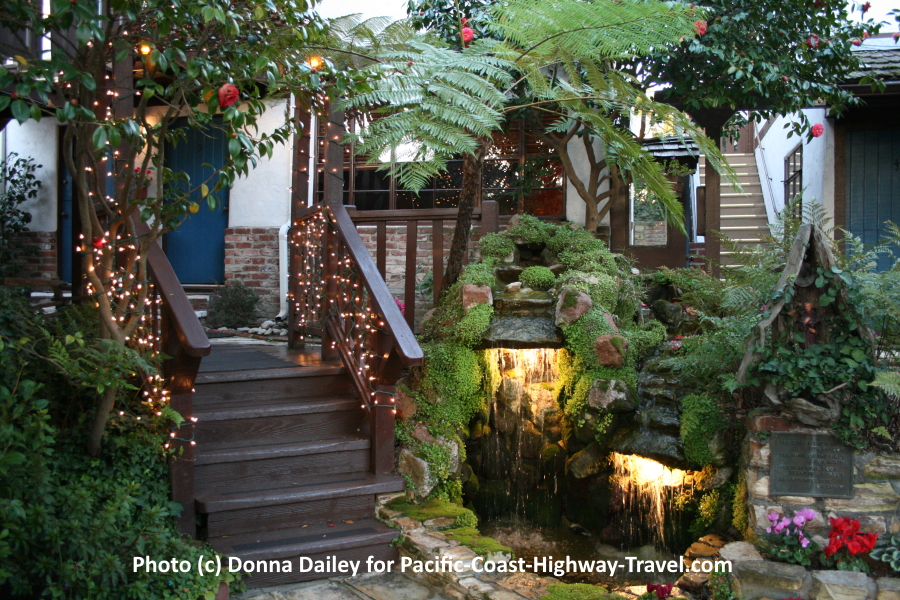 We've spent so long on the road over the years that a place called the Vagabond's House Inn Bed and Breakfast obviously appealed to us. And even though we only spent one night there, it did feel just like home before we left.

We'd spent a long day in Monterey, doing a walk around the Old Town, seeing Cannery Row and Fisherman's Wharf (great clam chowder at Abalonetti), and taking hours to see all round the wonderful aquarium, so we checked in a little late and tired. The first thing was that it was easy to find, and the second thing that parking was easy and free too, right on the street outside the Inn (though they also have a small private car park as well). That isn't always the case in compact little Carmel. 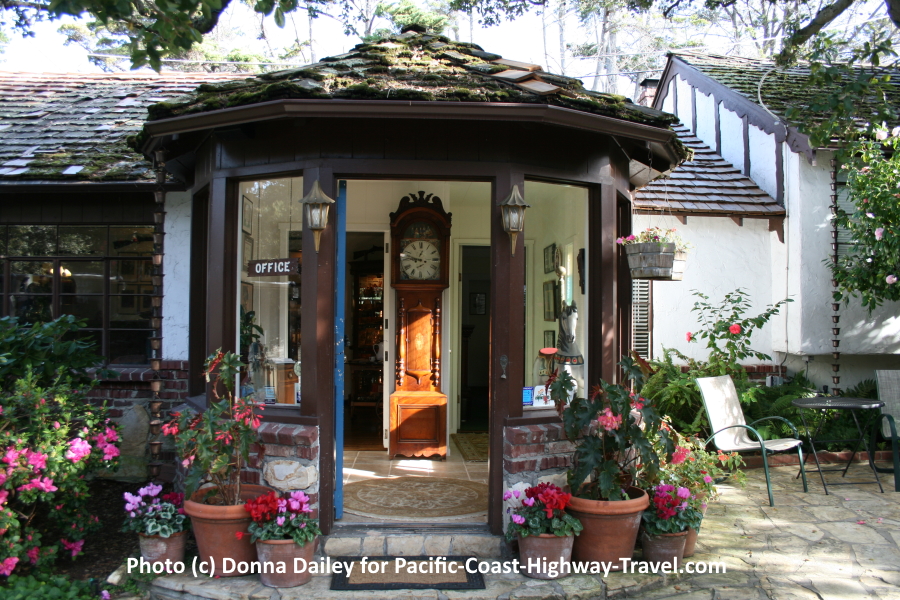 Welcome to the Vagabond's House Inn!

The third thing was even better. We knew we were too late for the daily early evening free wine, cheeses, and other appetizers that the inn serves up, but the receptionist had kindly put some away for us.

No sooner had we checked in than we were relaxing with a very welcome glass of chilled Californian chardonnay, tucking into some tasty tit-bits, and enjoying a nice chat with the friendly lady behind the desk. 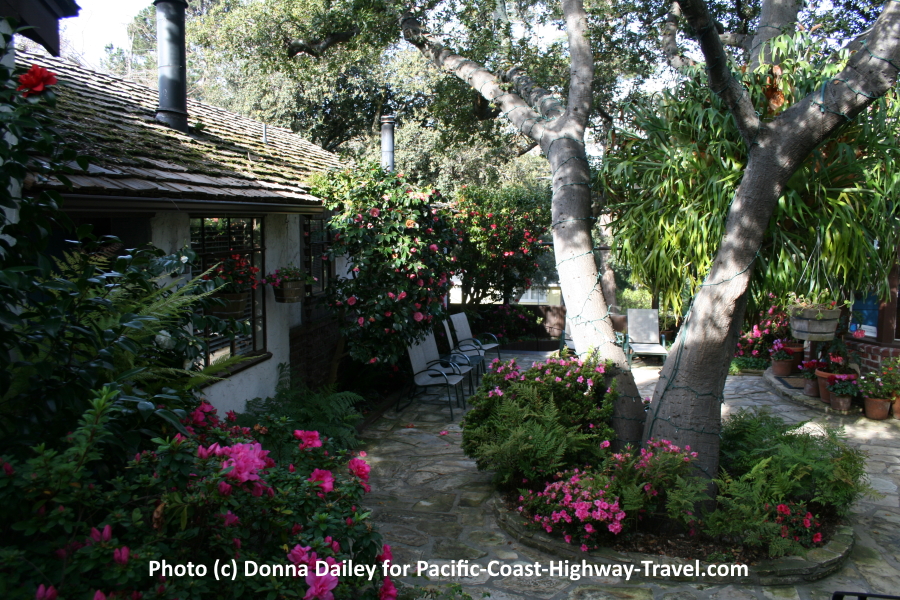 Rooms off a Stone Courtyard

The Vagabond's House Inn was completely delightful. Most of its 13 rooms are off a central stone courtyard that's filled with plants, ferns, flowers, waterfalls, and a big oak tree. Many have their own private entrance, like little cottages. 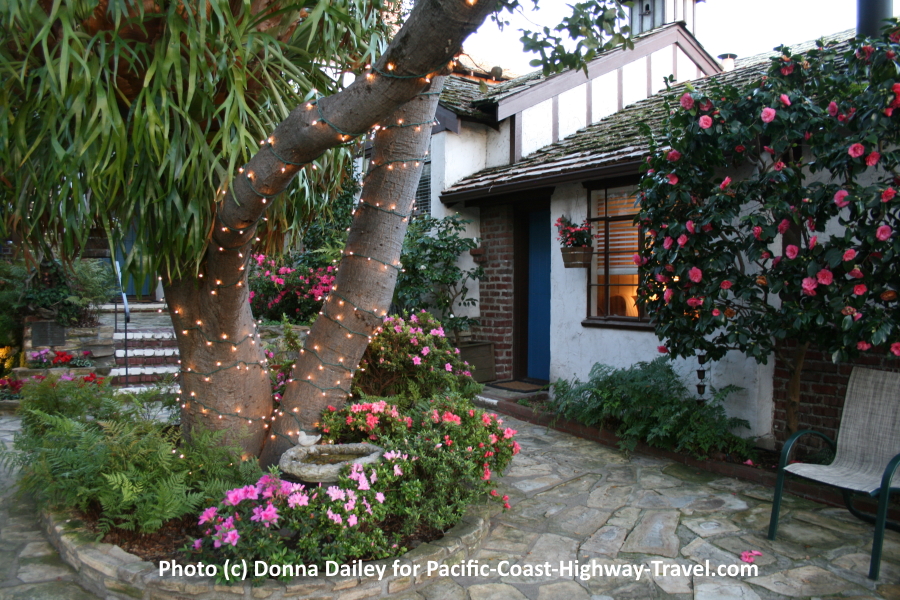 The Courtyard at the Vagabond's House Inn

The décor is old-fashioned rustic, and all the rooms have fireplaces and private bathrooms. They also have all the modern stuff like TVs with cable, DVDs, phones, and a big kitchen. There's also a welcoming schooner of sherry in the room, and there was a danger that, once we were in, we might never get out again. However, we decided to save the sherry for a nightcap as we of course wanted to have a drink in Clint Eastwood's Hog's Breath Inn, which is just a short walk away. 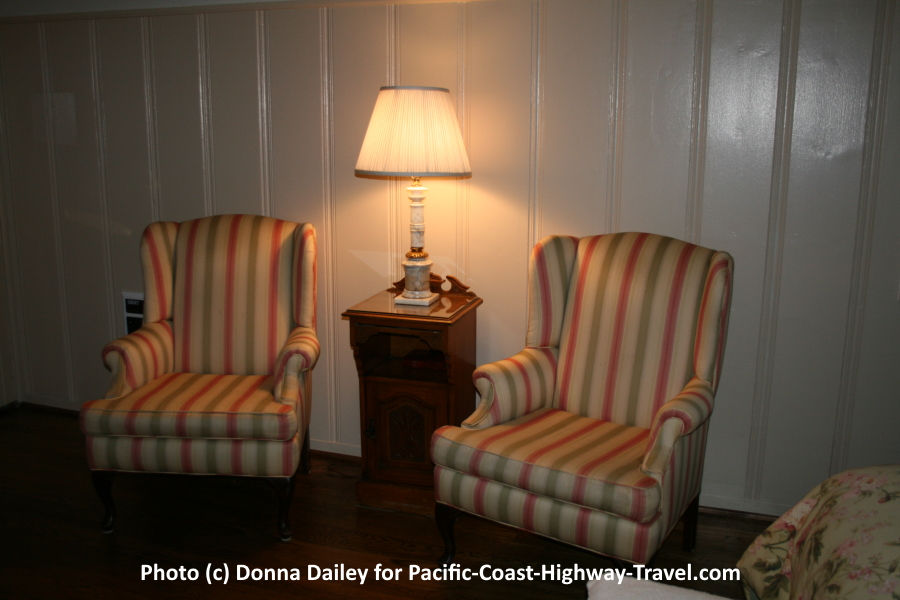 There's no dining room at the Vagabond's Inn so next morning the breakfast was delivered to our room, though we could have eaten outside in the courtyard if we'd wanted. 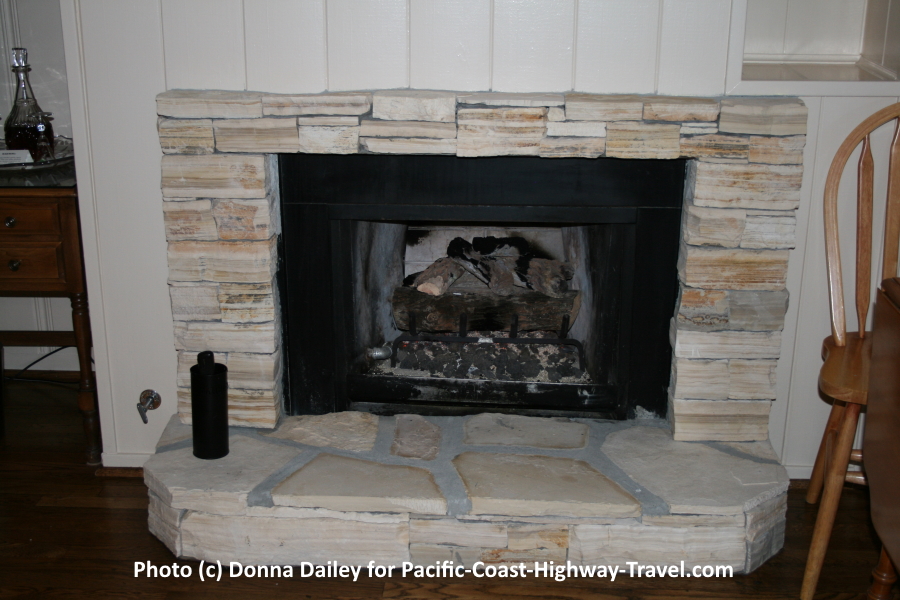 Our Room at The Vagabond's House Inn

There's plenty to see in the reception area at the Vagabond's House. It's owned by Denny LeVett, who co-owns the Cypress Inn with Doris Day, but here he's added to the casual and very personal atmosphere by putting on display some of his own personal collections. There are books, toys and part of LeVett's collection of Colt-Patterson guns which is the largest in the world. 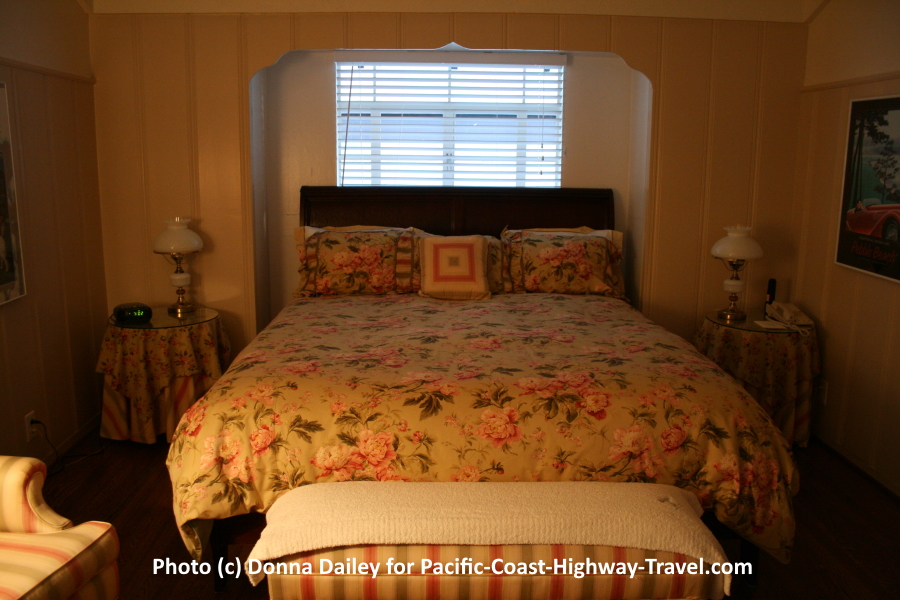 The Inn was built in the late 1920s and very quickly became popular with artists and writers. One such was Don Blanding, a poet and prose writer who would come to the Inn for months at a time, as he found it such an inspirational place. He wrote a famous poem called “Carmel-by-the-Sea”, and another long poem called the “Vagabond's House” – and the owners later named the place after his poem, a nice touch.

A night at the Vagabond's House Inn really refreshed and relaxed us, and we were very sorry when we had to hit the road the next morning and leave. It's the kind of Inn where one night is not enough, and it's definitely high on our list of Pacific Coast Highway places we want to stay at again. 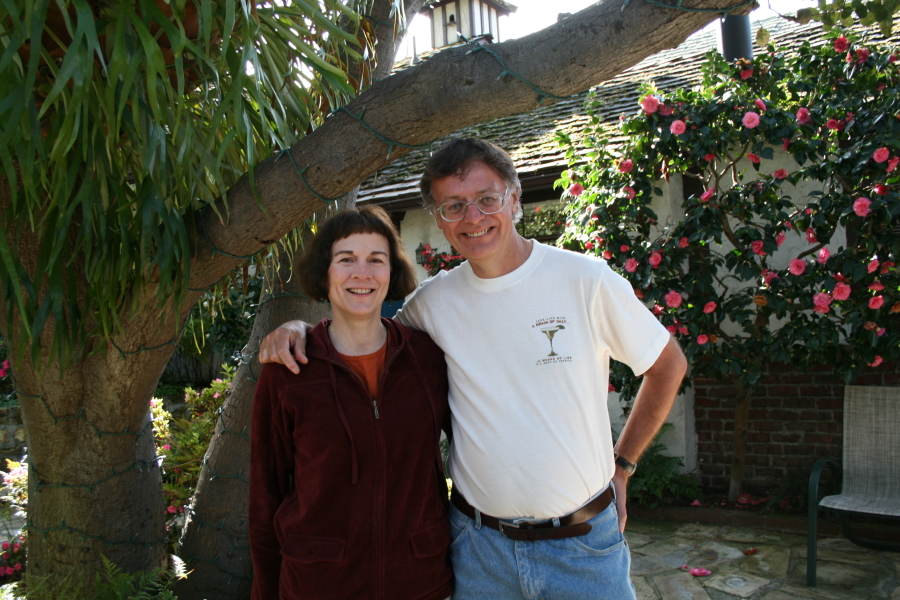 The hotel is a member of Unique Inns. For more details and for online booking information for all the Unique Inns in California, Oregon and Washington, as well as their inns in Idaho, and British Columbia in Canada, visit the Unique Inns website.