Pacific Coast Highway Travel's website recommendations on Where to Stay in San Diego include reviews of budget and luxury hotels in downtown San Diego. 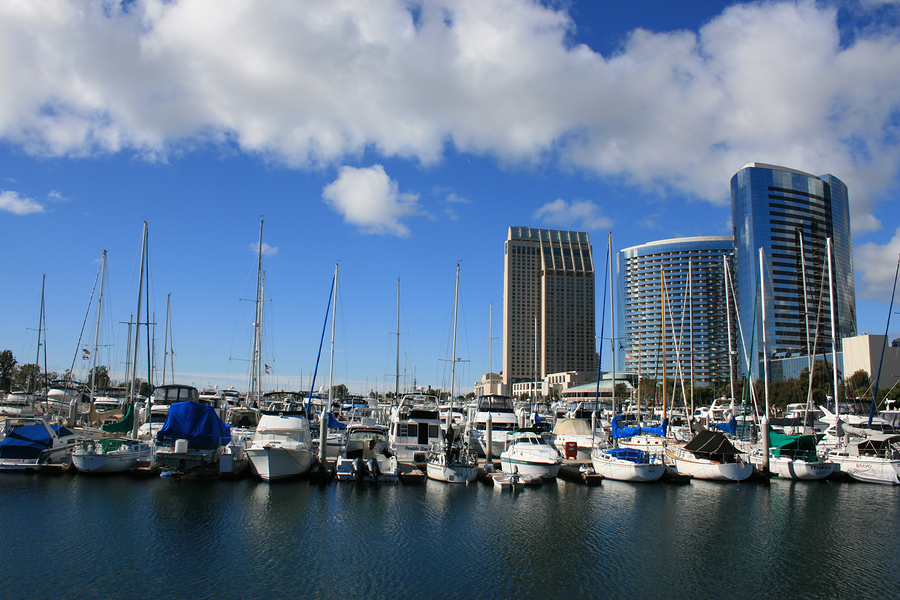 The Harbor in San Diego

If you're checking out where to stay in San Diego then here are a few of our recommendations. We've been lucky enough to stay in some of these, or at least to visit them when we've been in San Diego. They range from budget to luxury choices, and include a couple of special suggestions for Coronado Island, as well as in downtown San Diego.

Close to the Amtrak station and a few blocks back from the waterfront, the 500 West provides inexpensive accommodation that's also close enough to the downtown/Gaslamp Quarter attractions. With rooms well under $100 a night, this is a cross between a hotel and a hostel, housed in a historic 1920s landmark building. Rooms share bathrooms but all have TVs and wireless internet. 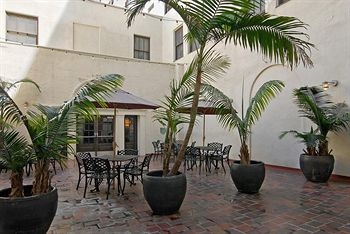 There aren’t too many boutique hotels at budget prices but La Pensione is one of them. With a downtown location in Little Italy, only a few blocks from I-5, it’s a great bargain choice to start or end your PCH drive. There are 68 rooms and they range from the Budget standard rooms to the more expensive suites, but all have private bathrooms. There’s also a café and a restaurant onsite, and free wireless internet for all guests. 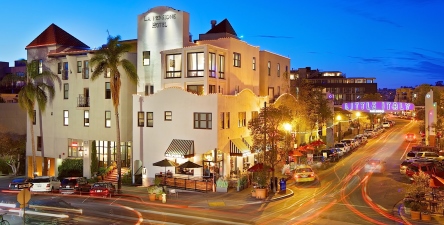 In the heart of the Gaslamp district, a great place to be for restaurants and nightlife, you'll find this characterful hotel that was built in 1913. It has 64 rooms and suites, its own restaurant and bar, and a rooftop terrace where you can enjoy the complimentary breakfast. It isn't fancy but it's good, inexpensive central accommodation (which means you usually need to book ahead). 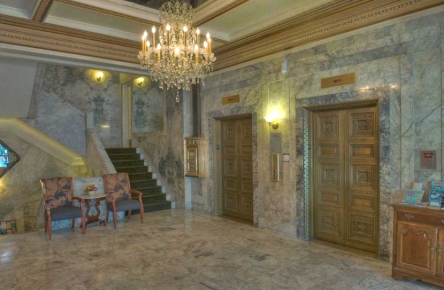 Five restaurants, three pools, its own spa and fitness center, and a great location right on San Diego Bay are just some of the things that mark this hotel out as one of the better places to stay if you prefer resort-style accommodation rather than a city center hotel.

The center of San Diego is only about three miles away, and the Sheraton is also very close to the international airport, if you have early or late flights to take into account. 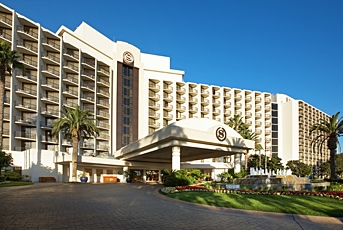 This is a downtown landmark, on the National Register of Historic Sites, and a luxury hotel that's also part of San Diego's history. It has 223 guest rooms and another 47 suites. There are chandeliers and marble floors, and original artworks in the rooms, which have been modernized without losing their opulence.

The classic art-deco Grant Grill restaurant is an excellent place to eat even if you're not staying at the hotel. 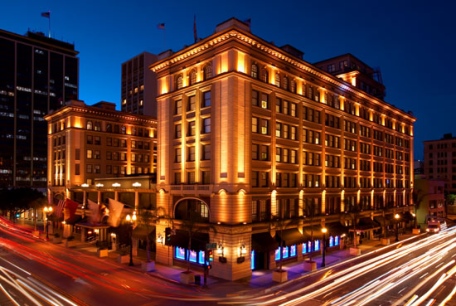 The US Grant Hotel

The Gaslamp Quarter of San Diego is a great place to be if you want to make the most of the city’s restaurants, bars, shopping, and nightlife. The Westin has some very reasonably priced rooms for its location, though others are in the Expensive category. It has an outdoor pool, Pure Body Spa, fitness center, restaurant, and bar. 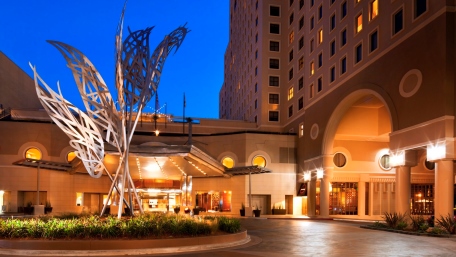 Where to Stay on Coronado Island

This resort has all the amenities you'd expect – restaurant, bar, pools, tennis, beach and water sports, gym, and spa. The 16 acres of grounds on the waterfront are lovely and lush and the rooms are, well, very roomy. 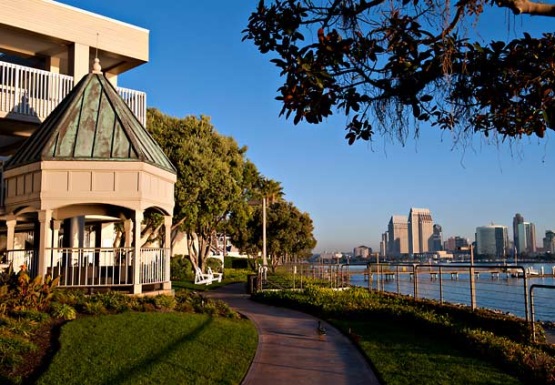 This big and busy resort opened in 1888 and today it's a tourist attraction as well as the place to stay in Coronado. Some rooms are still in the original building, which are great if you want the historic atmosphere, but there are also more modern rooms in separate newer buildings, and these are closer to the private beach and all its watersports options. 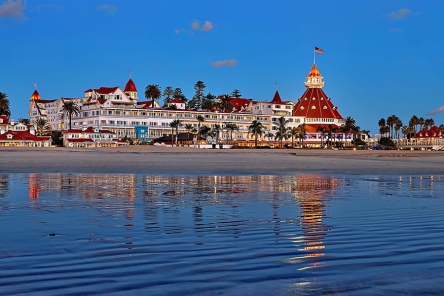