San Diego Zoo is in Balboa Park, San Diego, California has been called the best zoo in the world and is the most visited zoo in the United States. 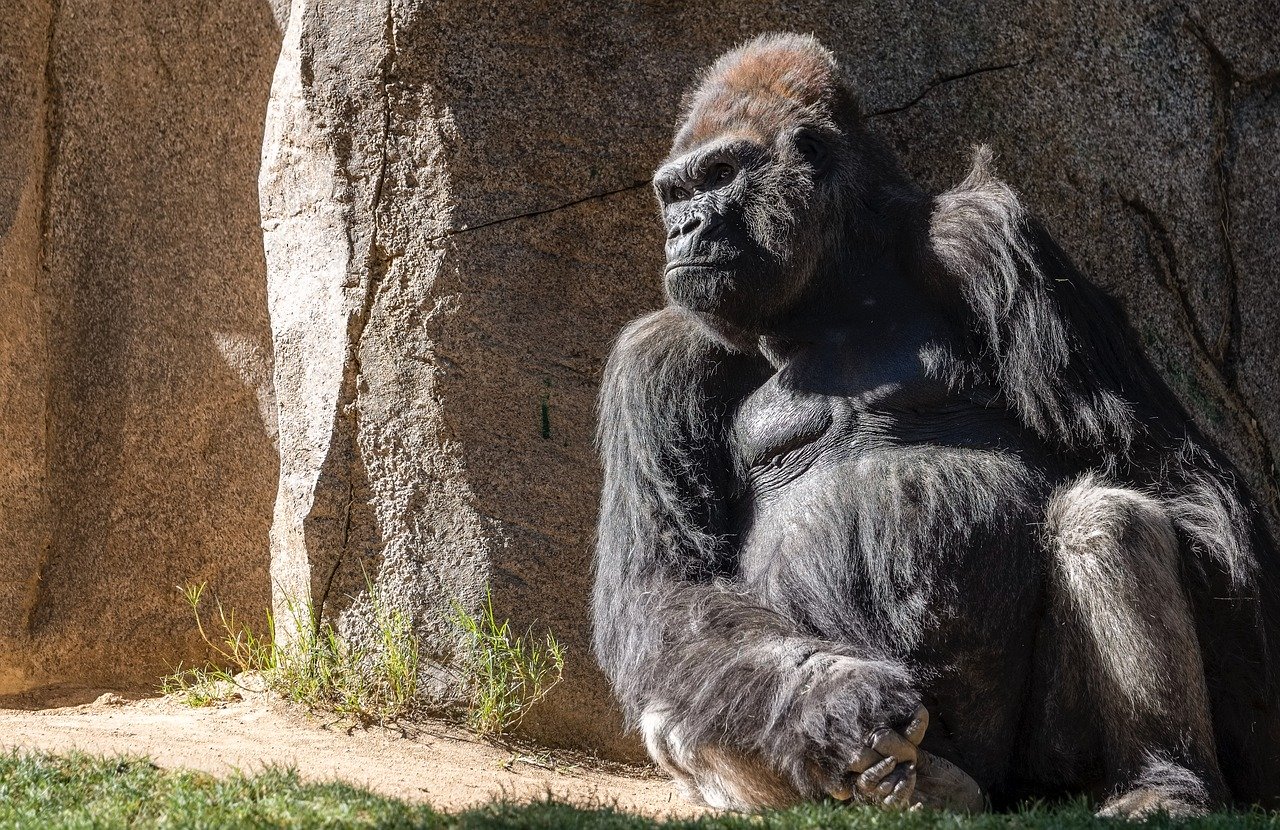 A Gorilla in San Diego Zoo

San Diego Zoo is one of the many attractions in Balboa Park, and one of the most popular things to see in San Diego. It attracts millions of visitors each year, and is the most visited zoo in the United States. It's been called the best zoo in the world and was a pioneer in creating natural habitats for animals in cage-free open-air enclosures. 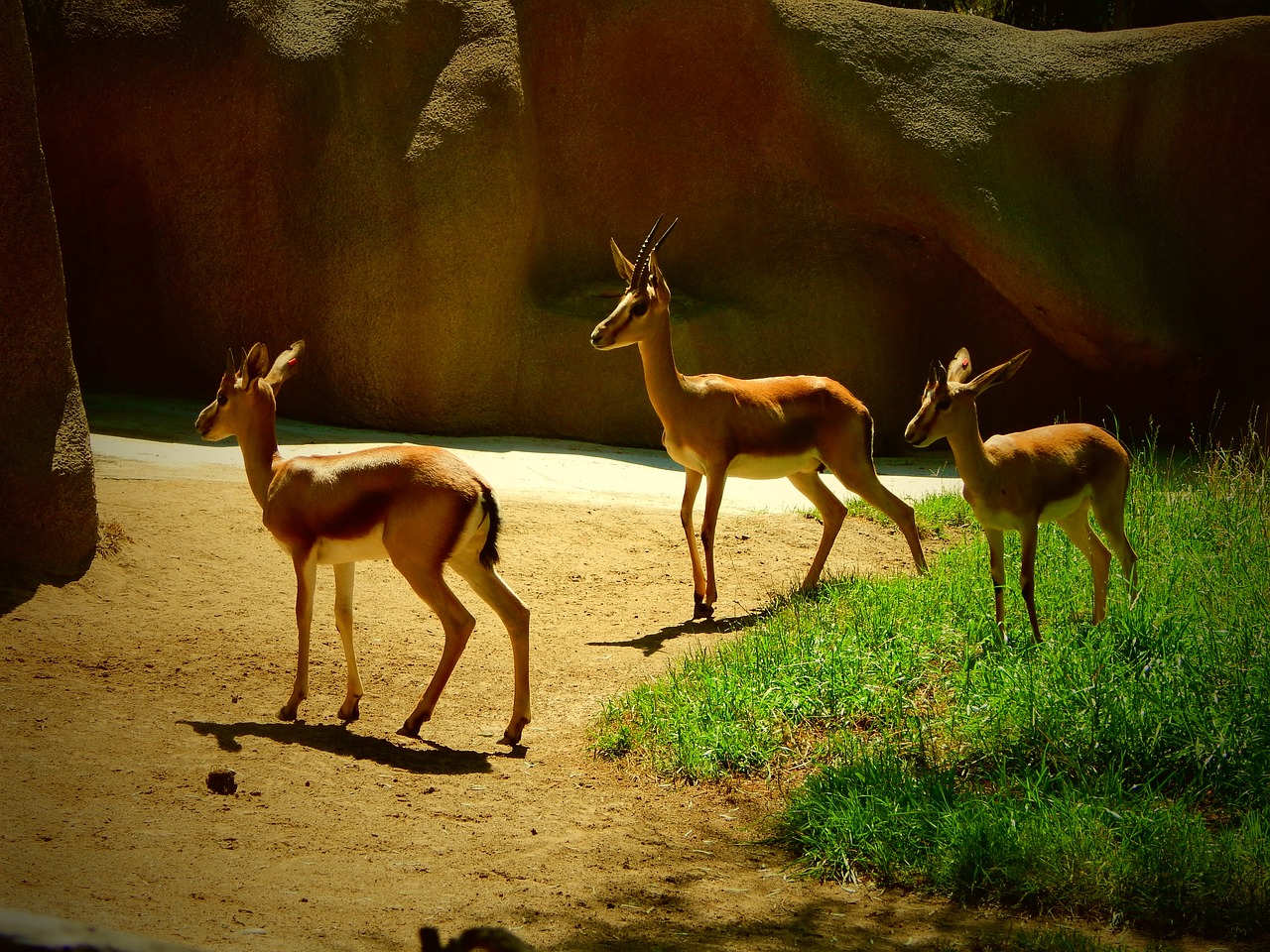 When Did San Diego Zoo Open?

San Diego Zoo began to open in 1922 to look after animals that had been a part of the 1915 Panama-California Exposition. It grew from the founding of the Zoological Society of San Diego in 1916.

The founder of this society, Dr. Harry M. Wegeforth, believed from the start that animals should not be kept behind bars, and in 1922 the lion habitat was opened, with the lions being separated from visitors by the building of moats. 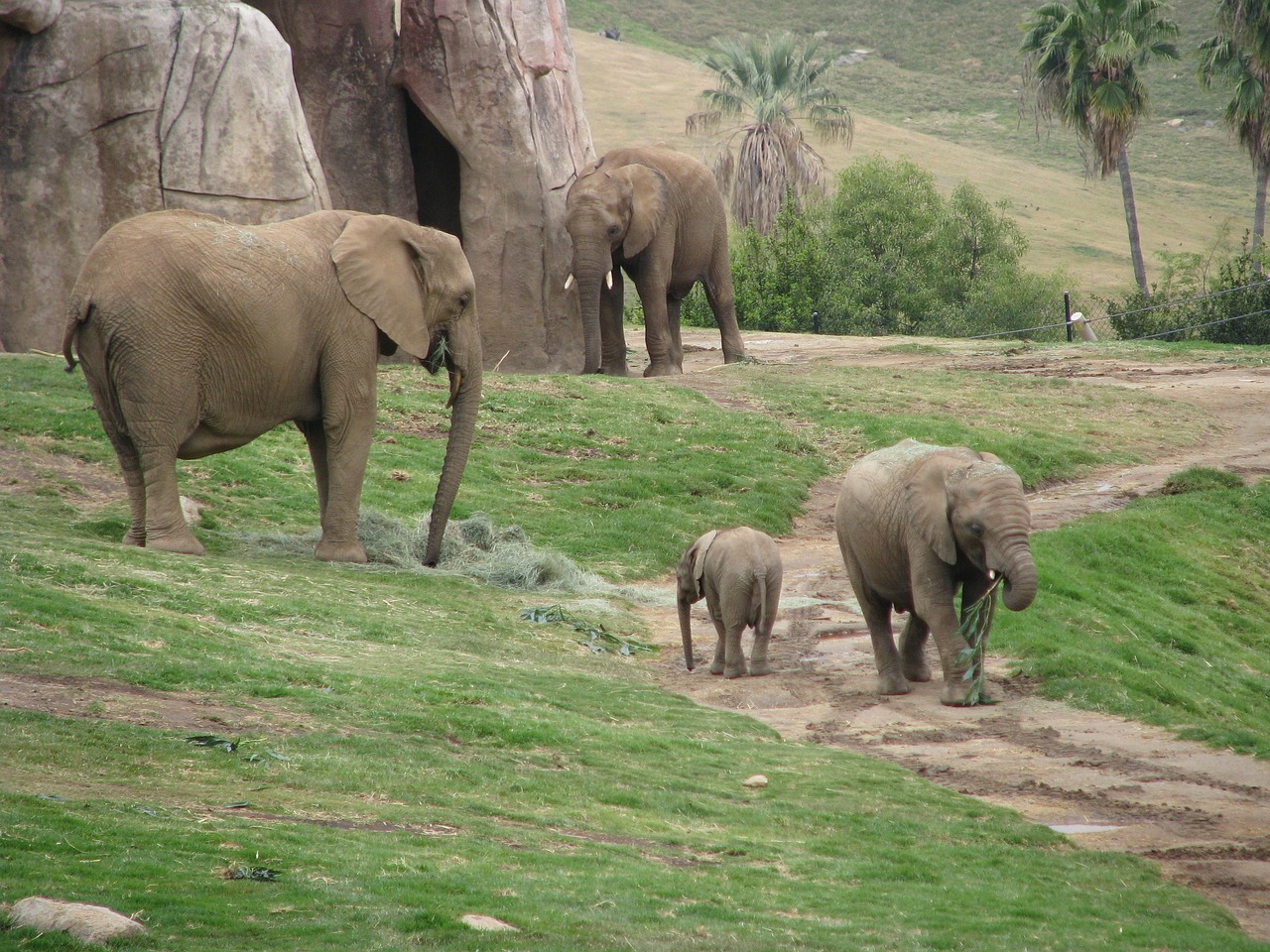 The first video to be uploaded to YouTube was by YouTube co-founder Jawed Karim and taken in front of the elephants at San Diego Zoo. And here it is... count those views!

How Many Animals in San Diego Zoo?

There are over 12,000 different animals at San Diego Zoo, representing over 650 different species, according to the zoo's owners, the San Diego Zoo Wildlife Alliance. There are also over 700,000 plants, with some - like bamboo and eucalyptus - especially grown to feed some of the animals. 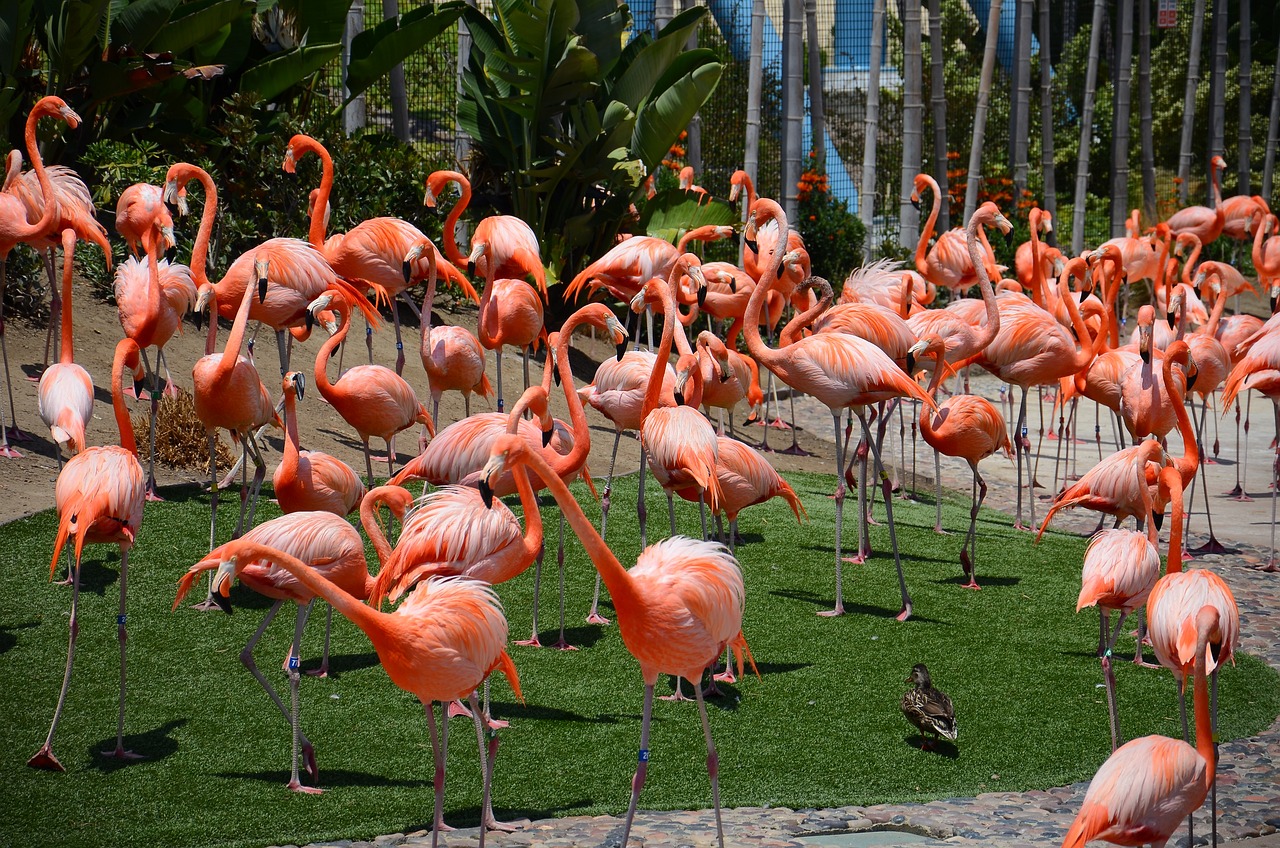 How Long to Spend at San Diego Zoo?

Well, how long have you got? On our first visit we allowed a full day, but we then had to change our plans so we could return for another half-day at this remarkable place. Even then we didn't see everything.

We recommend downloading the San Diego Zoo app which you can use to store your tickets and also plan how you're going to spend your time there. You can also download a PDF map. App and map are both on this page of the zoo website. 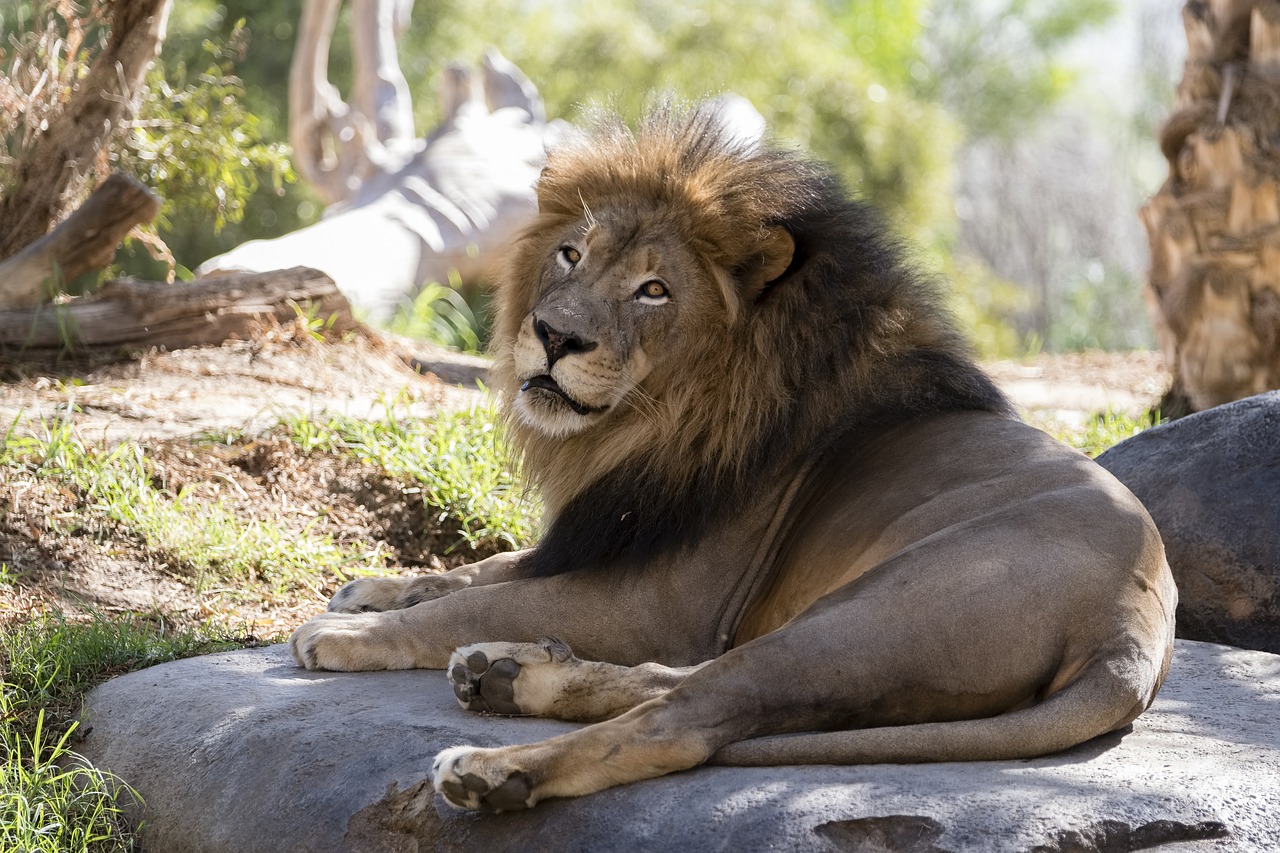 King of the Jungle
(Except Lions Don't Live in Jungles)

How is San Diego Zoo Organized?

The zoo is organized like the world, into its different continents, habitats, and regions. These include:

Other features include a hummingbird aviary, the Reptile Walk, an insect house, the very popular Polar Bear Plunge, the Tiger Trail, and the Sun Bear Forest. And believe us, this is simply the tip of the iceberg. 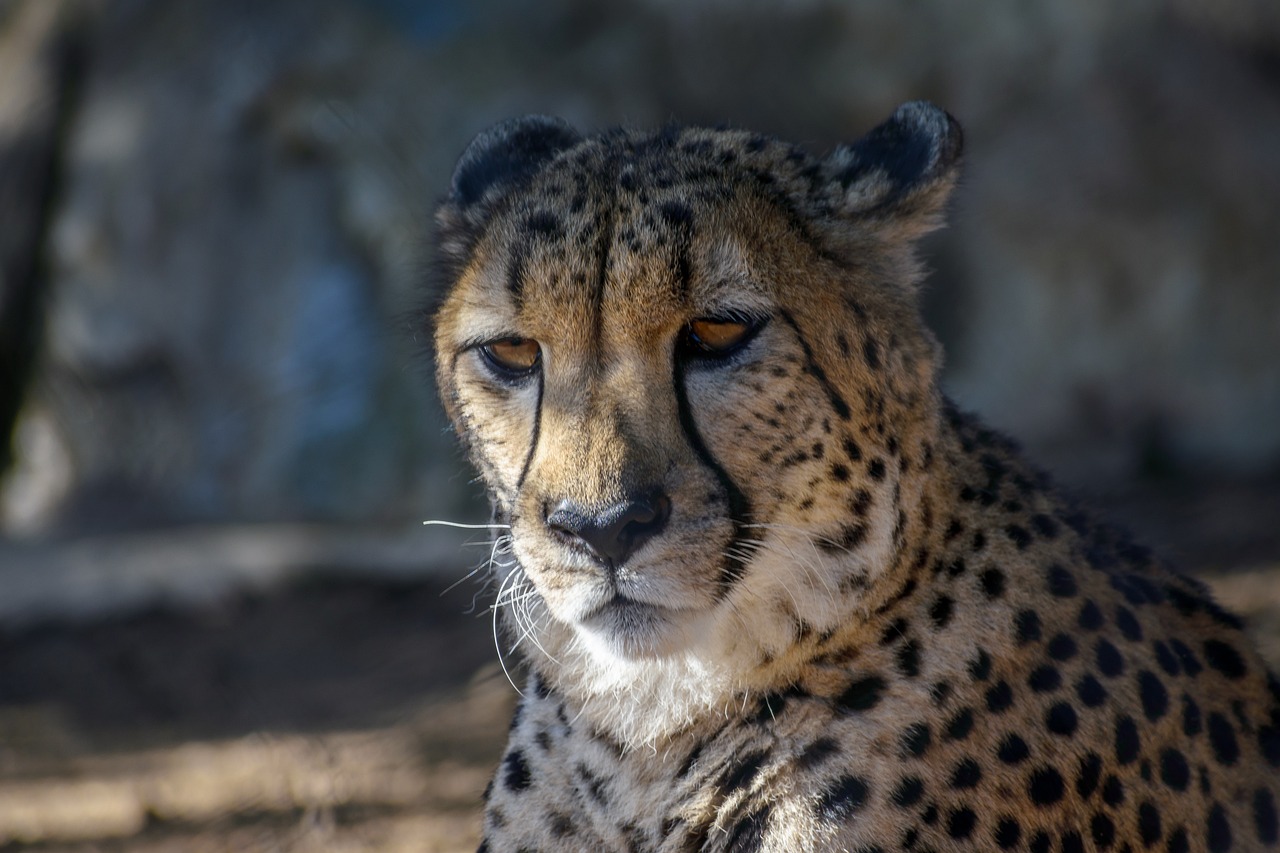 The zoo has the largest outdoor aviary in the world, home to over 200 species of birds. 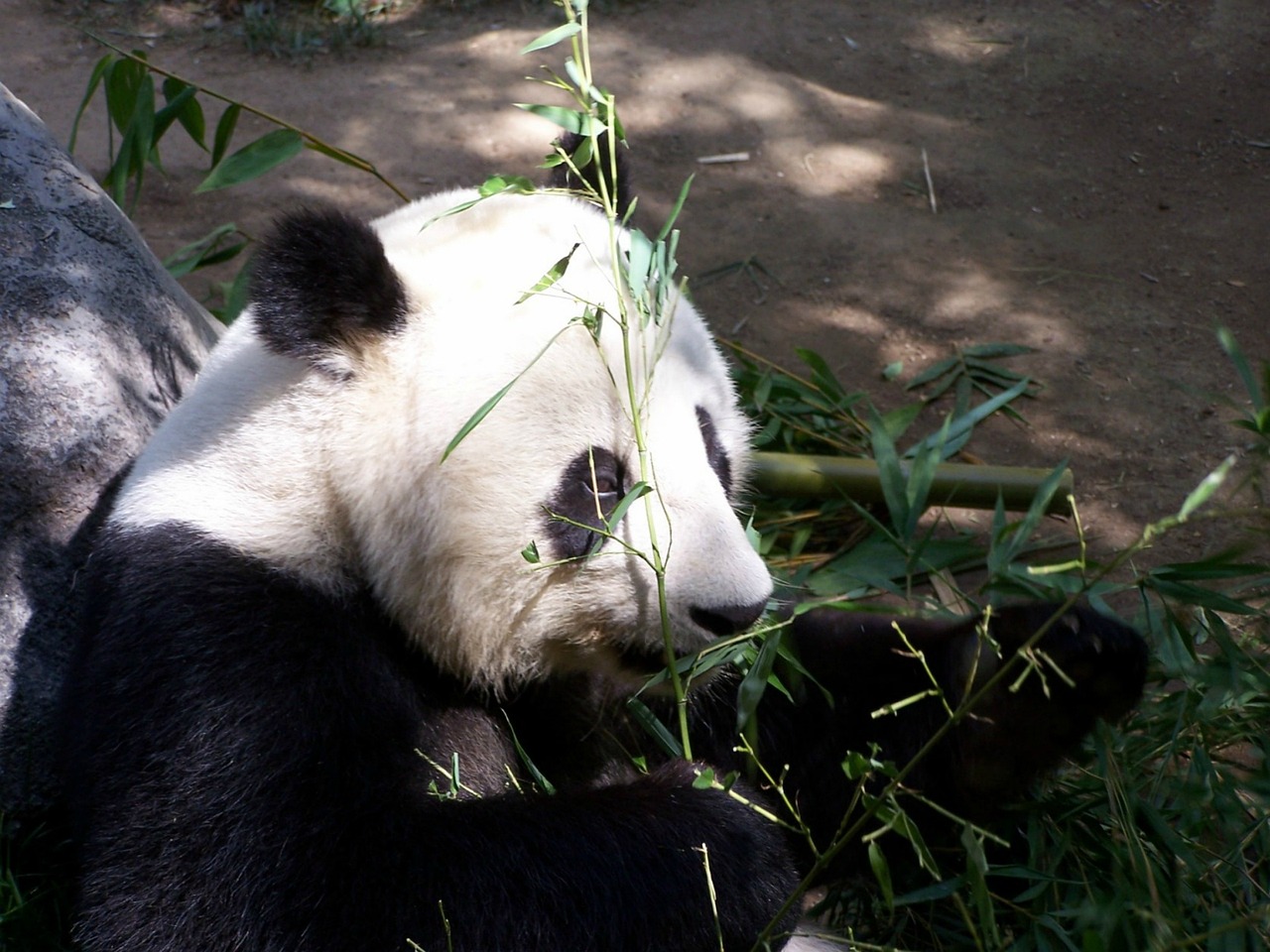 The San Diego Zoo has always believed in conservation, and one of their great successes was in breeding giant pandas in captivity. Over the years their panda population grew so much that the zoo had the largest number of giant pandas outside China. In 2019 the animals were all returned to their natural habitat in China, so you won't see them there today. 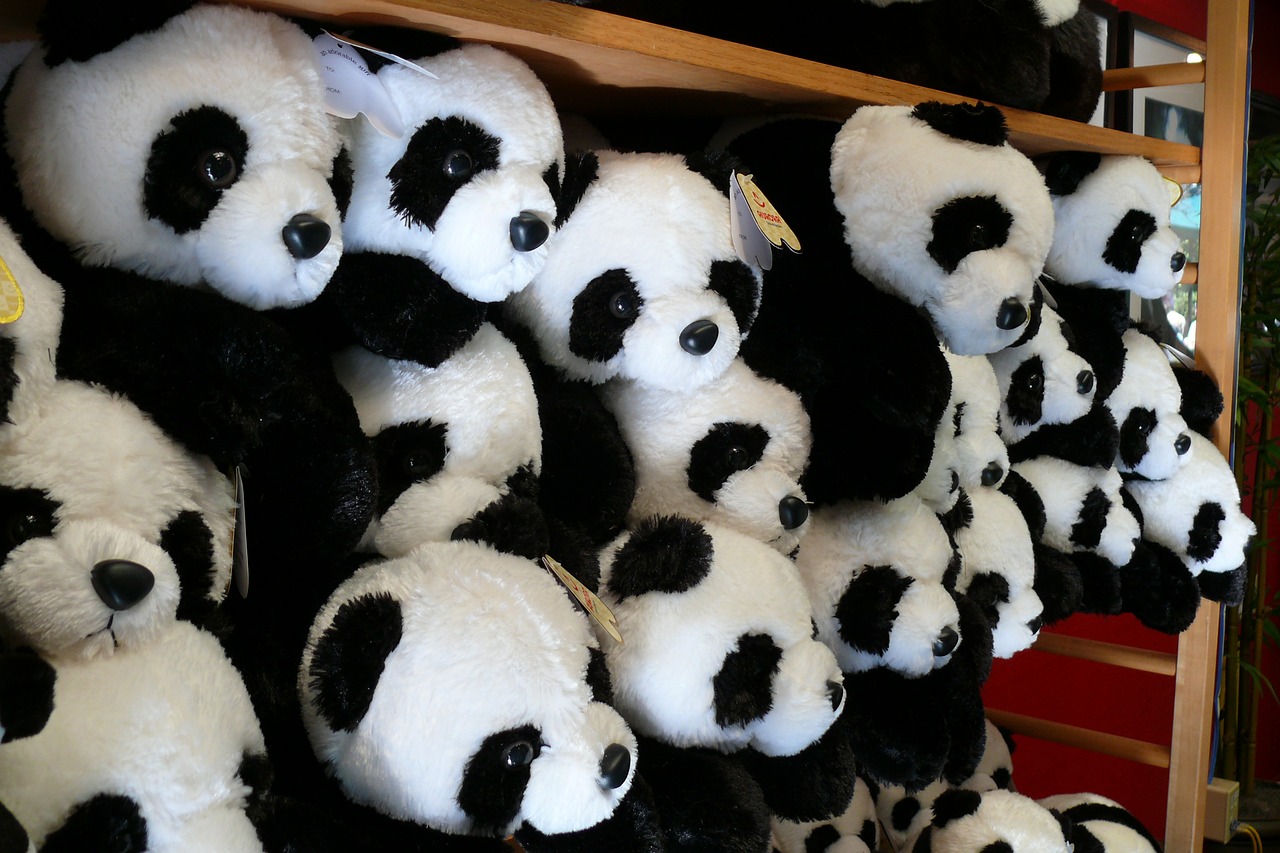 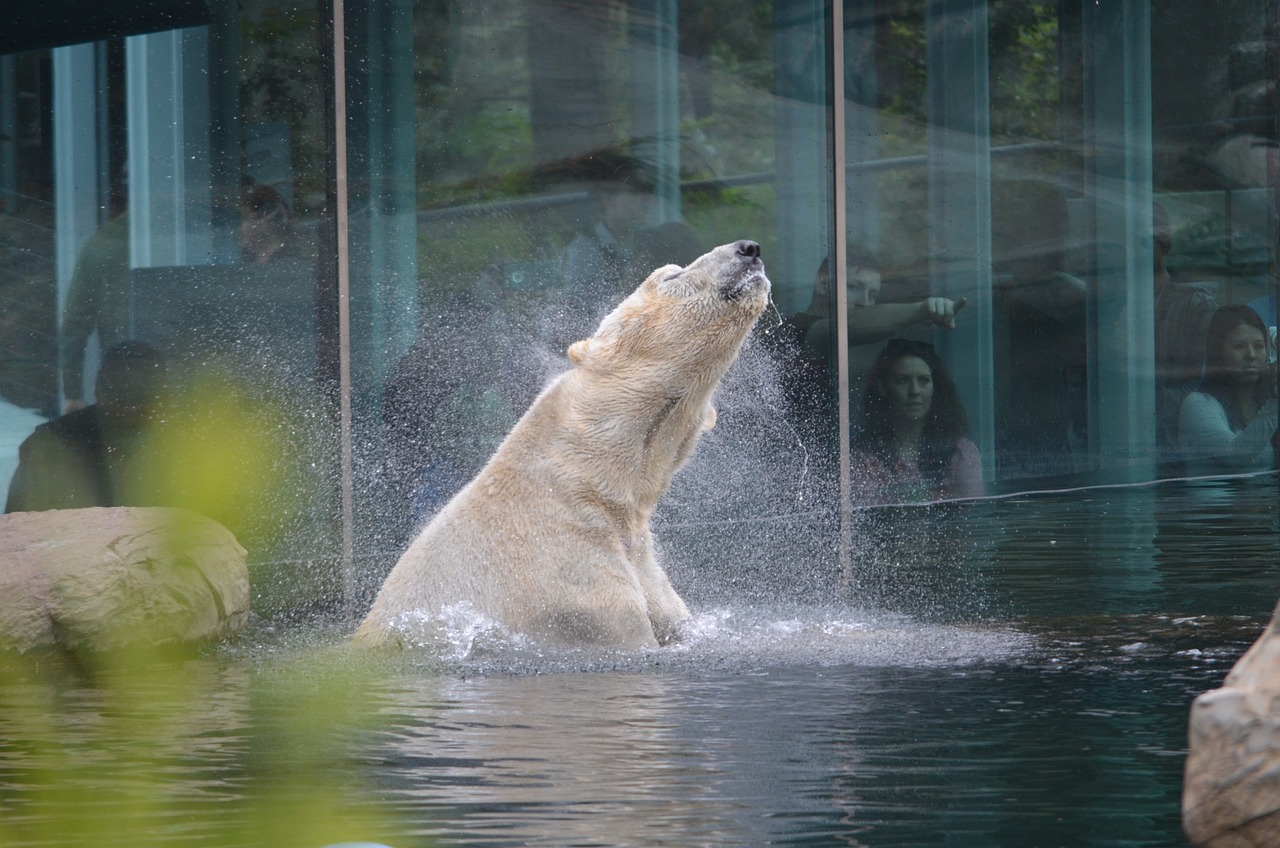 We mean for the visitors, not the residents! You'll be spoiled for choice as there are all kinds of eating options from smart restaurants to food stalls. There's Mexican, Asian, an Aussie-style grill in the Australian Outback area, the Treetops Bistro, Albert's Restaurant with full-service dining and a full-service bar, and lots of options if you prefer 'quick bites' like sandwiches or hot dogs. 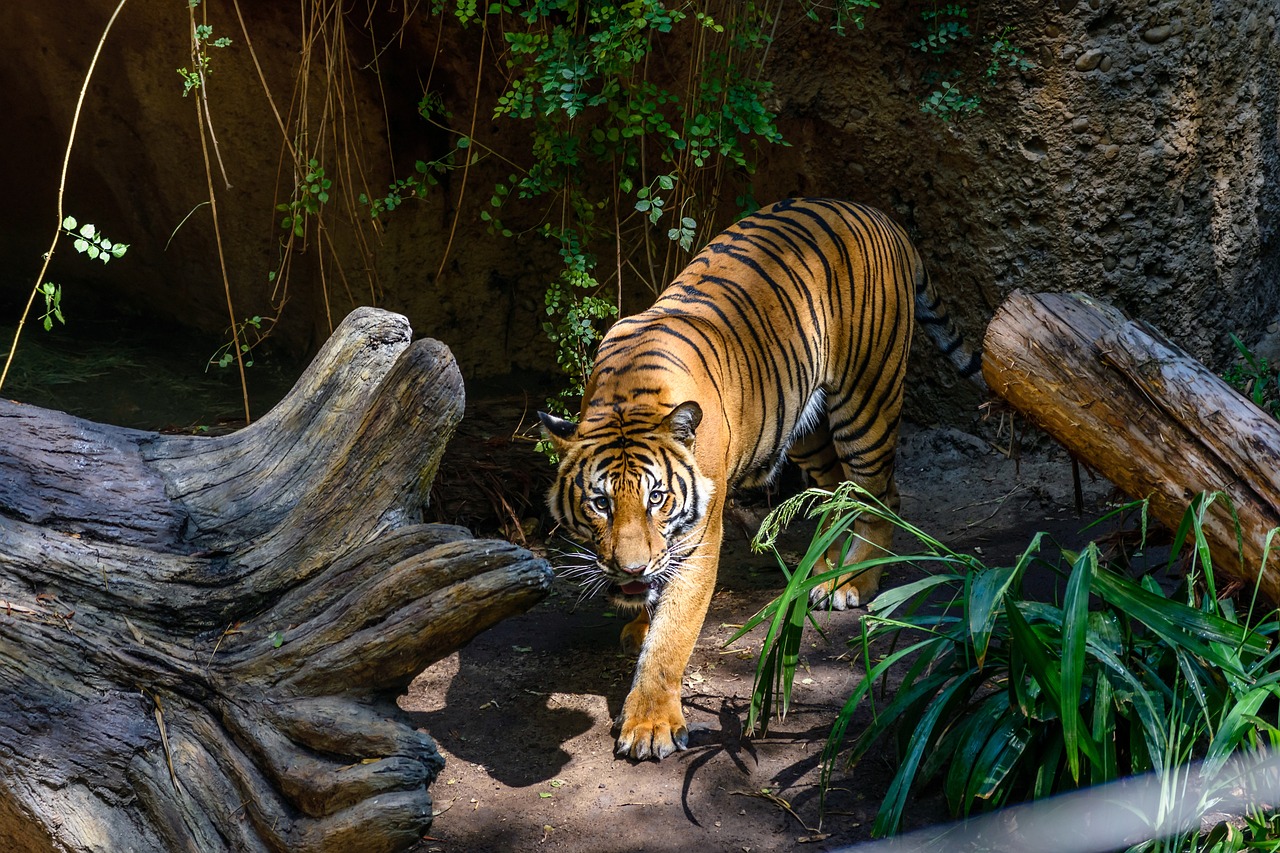 If you want to get an advance look at San Diego Zoo then they have a number of webcams you can access via their website, at both the zoo and their partner, the San Diego Zoo Safari Park. They broadcast live from 7.30am-7.30pm Pacific Time, and then the live footage is repeated from 7.30pm-7.30am. Visit the Live Cameras page on their website. 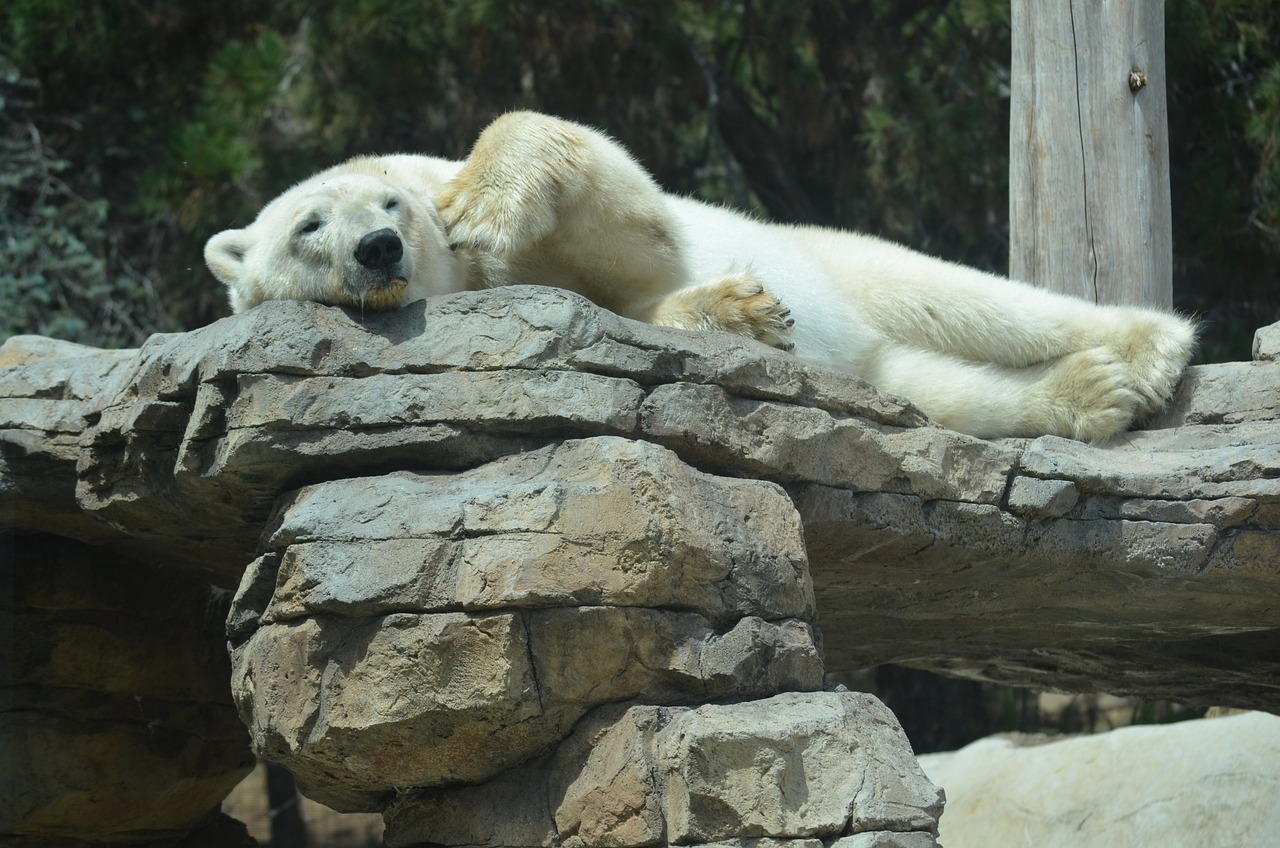 Too Tired to Plunge?

To make the most of your visit, a little advance planning helps. As we mentioned above, you can download the app and a map to your phone ahead of time, and you can also store your digital tickets.

The zoo also has a number of really cool Special Experiences, which you can book ahead. These include:

Find all the details on the San Diego Zoo website.