Pismo Beach is a small beach town on California's Central Coast, a resort famous for surfing and clams. 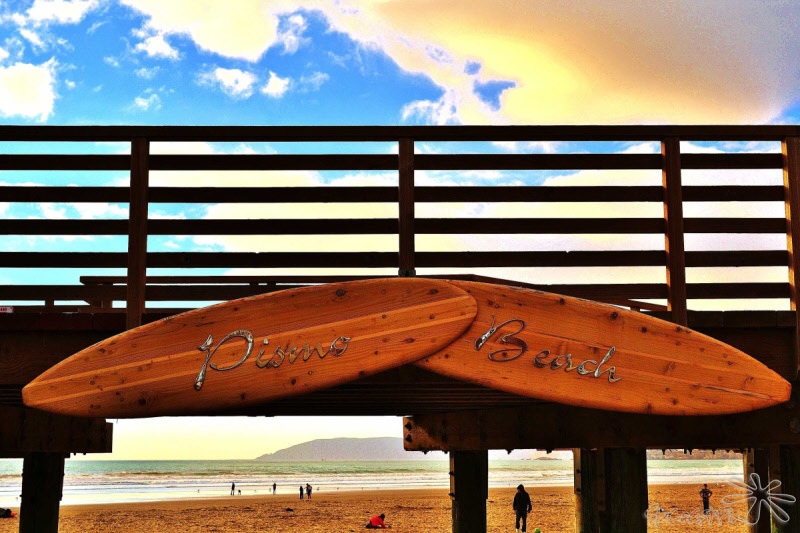 Everybody loves Pismo Beach. It has the feel of one of the surf towns south of LA, but moved north: it sits about midway between Santa Barbara and Monterey.

If you're driving the Pacific Coast Highway then you can't miss Pismo Beach as Highway-101 and Highway-1 merge here and run right through it, and the small town of fewer than 10,000 people just begs you to stop. You have the ocean on one side and rolling California hills on the other. Both are good reasons to spend a few days here. The ocean's attractions are obvious and the hills contain the Pismo Preserve, hiking and cycling trails, and lead to some excellent vineyards where you can enjoy wine-tastings.

If you've heard of Pismo Beach it might well be because of the famous Pismo Beach Clams. The town's motto used to be 'Clam Capital of the World', and the clams here are the largest you'll find along the California coast, as they grow to up to seven inches.

If you want to go looking for clams then first you'll need a permit, and be aware of the limit of ten clams per person. You'll also need a lot of patience as the clams have been over-harvested and there are very few left these days.

If you see clams or clam chowder on a menu here it's very likely the clams have come from elsewhere along the coast - but they'll still be tasty and may still be Pismo clams, as the clams are found in several places along the coast, not just in Pismo Beach. 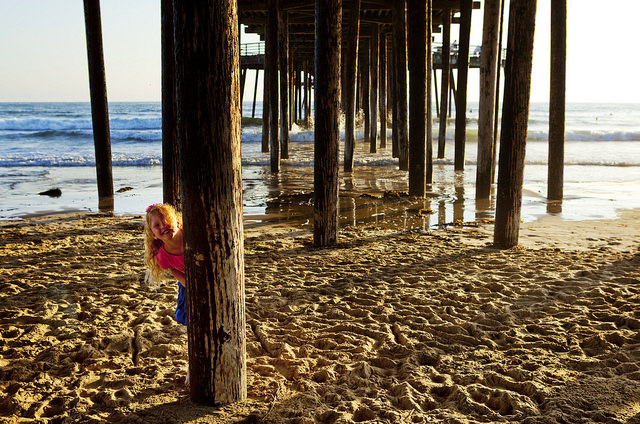 The city still has its clam festival in October, which is lots of fun - and lots of clam chowder! Incidentally, a recent winner of the People's Choice award for best clam chowder was the Splash Café.

You can learn more about the situation on clamming at Pismo Beach here: 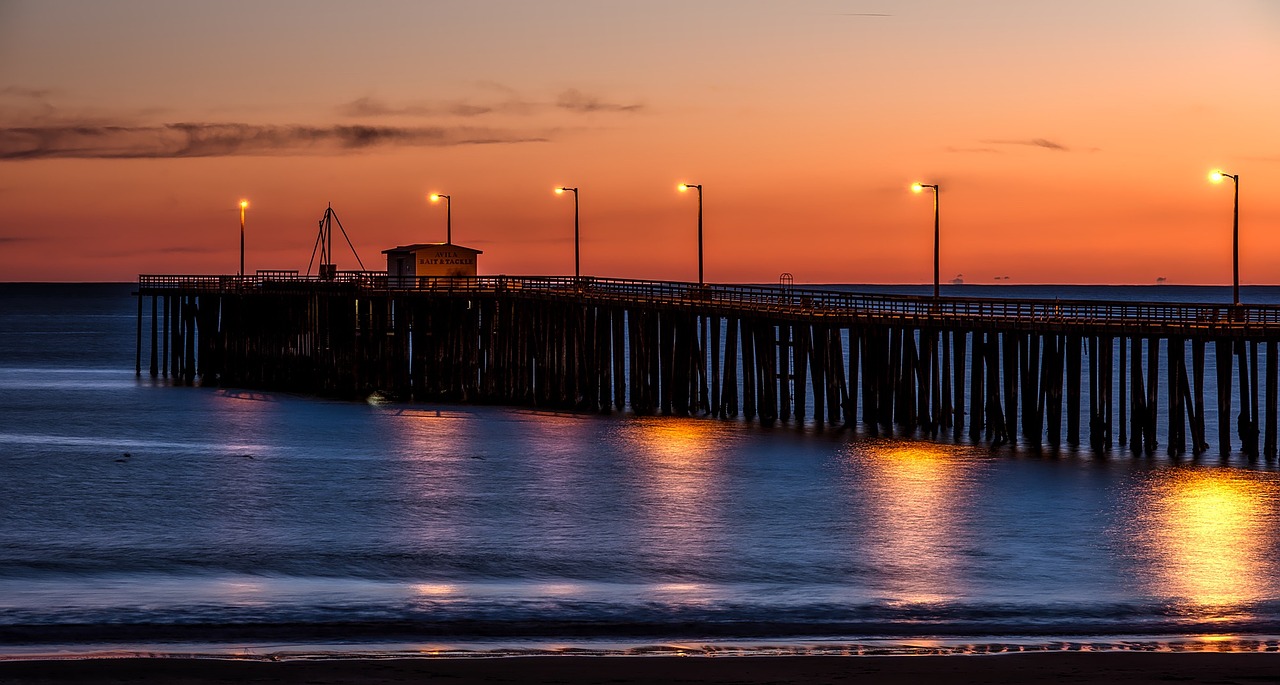 A good marker point is Pismo Beach Pier. If you're passing through and want to stop then head for the pier as you'll find restrooms, parking… and more clam chowder! If you're driving PCH then look for the west turn onto Pomeroy Avenue, a one-way street that will take you down to the pier and the parking. You get back to the highway by going east on Hinds Avenue. 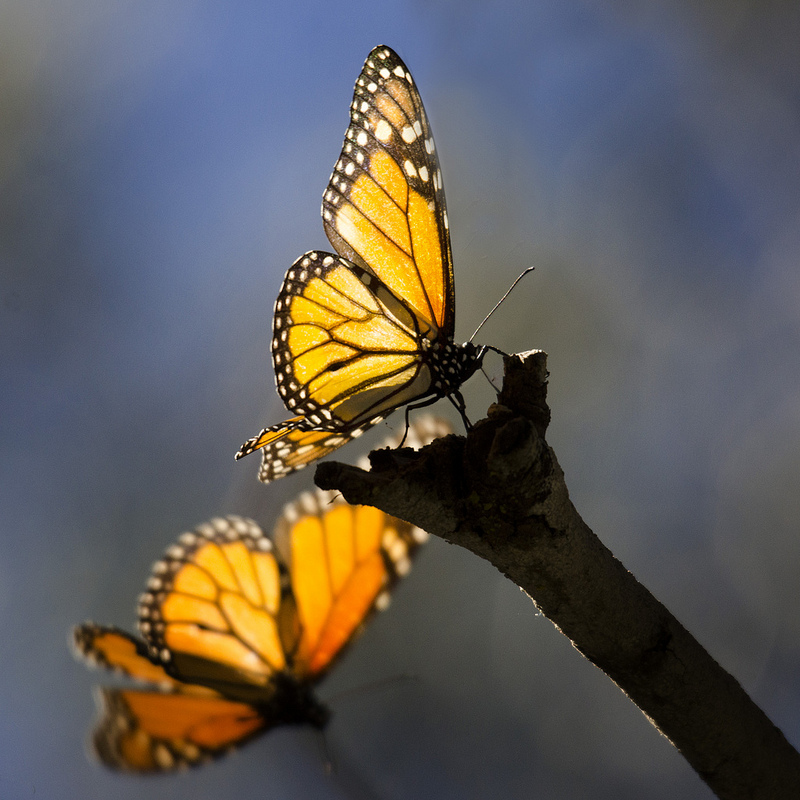 Just south of the town and off Highway-1 at Pismo State Beach is one of Pismo Beach's most popular and unusual attractions, the Pismo Beach Monarch Butterfly Grove. From late October through February thousands of beautiful orange and black monarch butterflies can be found here. They migrate south to escape winter further north, and who can blame them for wanting to spend a few winter months in Pismo Beach? We'd love to do that!

Take a look at this video to see the butterflies: 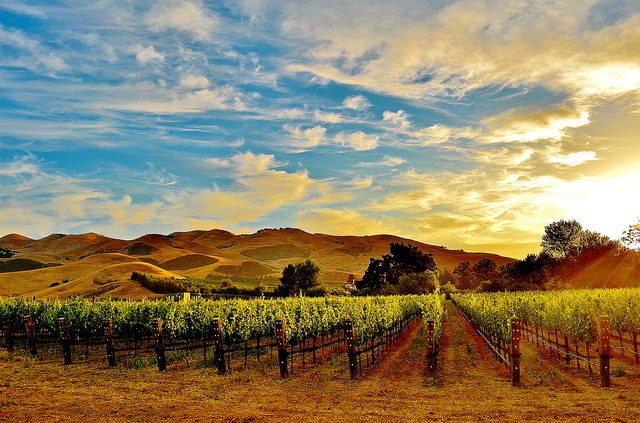 There are several wineries inland from Pismo Beach, and wine-tasting opportunities in the town itself. South on Highway-101 is the Laetitia Vineyard and Winery, whose vineyard has a walking trail with great ocean views. The tasting room is open daily. 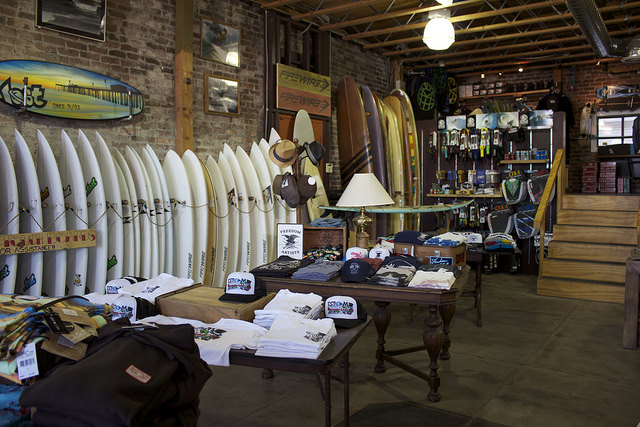 As you can see from the photos, Pismo Beach is good for surfing too. Don't miss the Pismo Beach Surf Shop, which claims to be the oldest surf shop on the Central Coast. Pismo Beach also has several surf camps including one from the Association of Amputee Surfers. 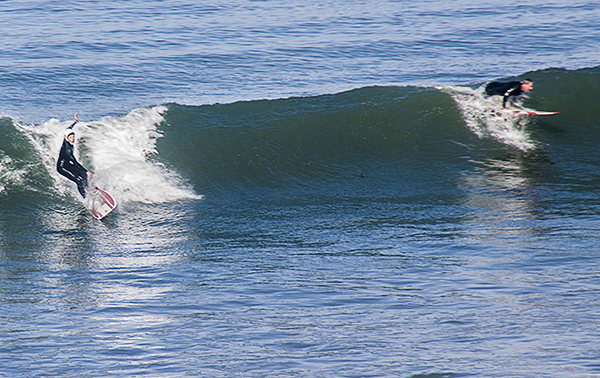 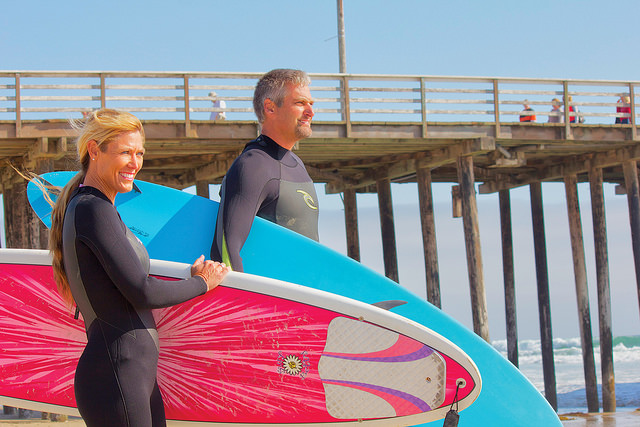 If you want to get there more quickly then there are faster routes avoiding the coast.

Where to Stay in Pismo Beach