Lonely Planet's Guide to Cycling the USA West Coast is a bicycling guidebook for anyone touring California, Oregon, and Washington by bike. 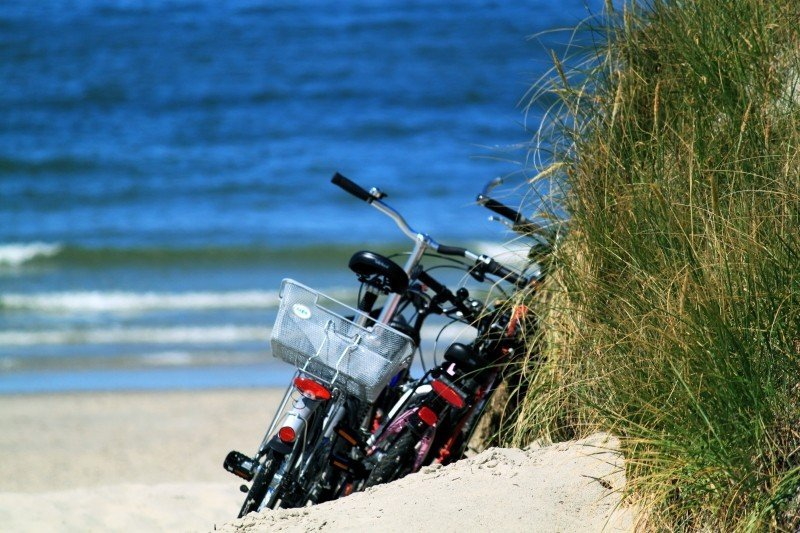 A Complete Route Guide, Canada to Mexico
By Vicky Spring and Tom Kirkendall

The Lonely Planet Guide was published back in 2002, which means there is always the risk of some information being out of date, whereas Bicycling the Pacific Coast has been updated and re-published in 2005. Still not current, but a lot more recent.

The Lonely Planet cycling guide to the USA West Coast has a special section devoted to the PCH, border to border, which takes up 87 of the book's 384 pages. It lacks a little of the fine detail of Bicycling the Pacific Coast, but where it scores over the other book is in having more information on places to stay, places to eat, and things to see and do, all along the Pacific Coast, familiar from the more general Lonely Planet travel guides.

The PCH section here has maps for each stretch of the drive, with the route highlighted as if in orange marker pen. There is also an elevation guide inset where necessary, to show any climbs you face on each day. There are also cue cards, which are potted summaries of the route with neat little arrow graphics showing the direction of travel whenever you're faced with a choice. These are pretty small, though, and the publishers do suggest you use them in conjunction with a proper map of each region.

The Pacific Coast Highway is only a part of this general cycling guide to the USA'a West Coast, which also lists lots of recommended bike tours throughout the three west coast states.

Washington
There are 13 tours for Washington, ranging from 1.5 hours to five days, including tours of the Washington wineries. Anyone planning to cycle the Pacific Coast Highway might like to know that the book includes a route to get you to and from Seattle airport and downtown Seattle. It even begins at the baggage claim area – though that bit is on foot, not two wheels!

California
California is so big that the state is divided into three, and some of the tours that the book's five authors have checked out and recommend include San Francisco, the Berkeley Hills, Wine Country (who got to check that one?), Yosemite, Big Sur, Malibu, the Redwoods, Santa Catalina Island and San Diego.

You can see that there are several more routes you might want to check out, if you've time for diversions while cycling the Pacific Coast Highway. The whole route is a challenge, of course, and if you did every tour in the book, on top of the PCH, you'd have cycled almost 5000 miles!

Buying the Book
Cycling the USA West Coast was published by Lonely Planet in 2002, which means that inevitably some information will be out-of-date. It's still worth considering, if planning a west coast cycle trip, as there aren't too many reference books available.

You can still find this Lonely Planet guide on Amazon USA, at Amazon UK, in bookstores, and at other online booksellers.