Alaska to Mexico by Bike

Downhills Don't Come Free by Jerry Holl is an inspiring account of his trip from Alaska to Mexico by bike, and also shows why we all sometimes need a challenge. 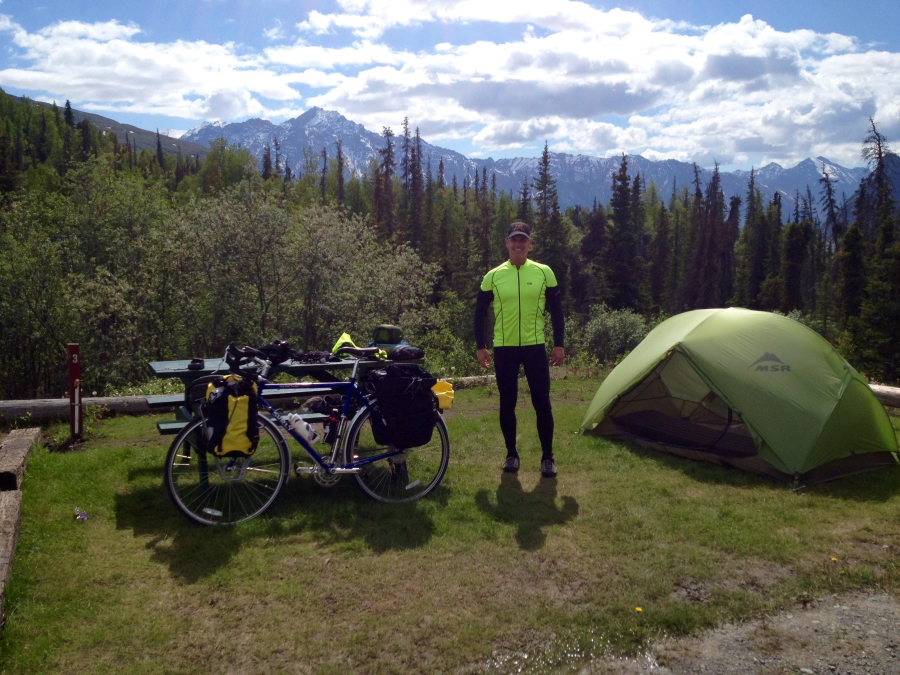 One Man and His Bike (and Tent)

You might think that setting off to cycle from Alaska to Mexico when you don't even know how to mend a puncture or fix a broken chain is a foolhardy thing to do, and you'd be right. But Jerry Holl's enjoyable and readable book shows why we sometimes need to be foolhardy and face up to a challenge rather than fear it. His bike ride was certainly a challenge, as he was 57 years old, faced over 3,600 miles, and had never done a long-distance bike ride before. 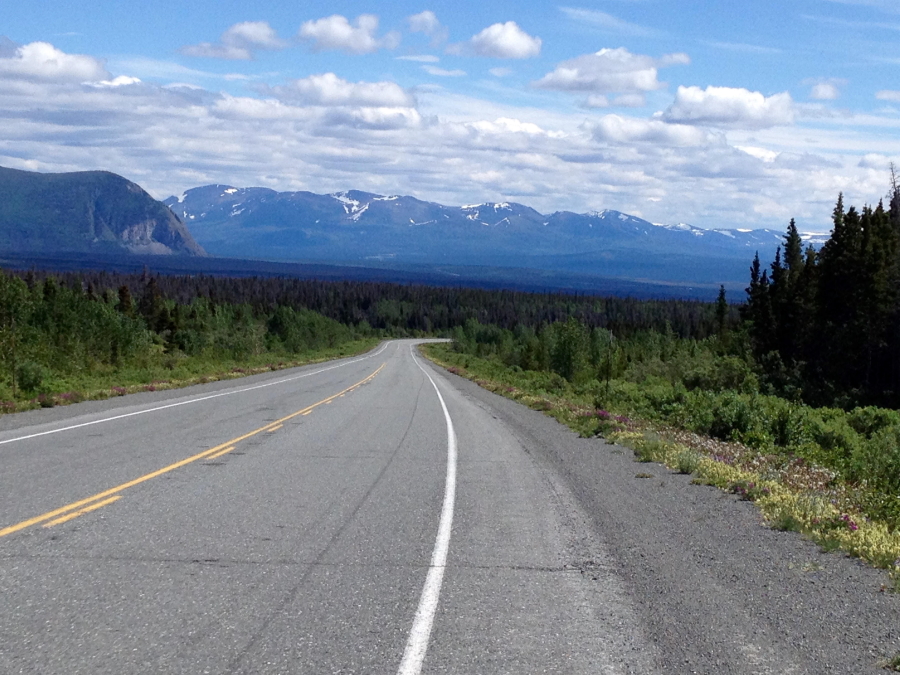 The Road Goes On Forever

Why Go from Alaska to Mexico by Bike?

So why do it? Holl had had a corporate job all his life, and was now bored by it. He was aware that, in his late 50s, he was, as he puts it, in the final semester of his time on earth. It might be a cliche but when he was on his deathbed he wanted to regret some of the things that he had done rather than regret the things he hadn't done. 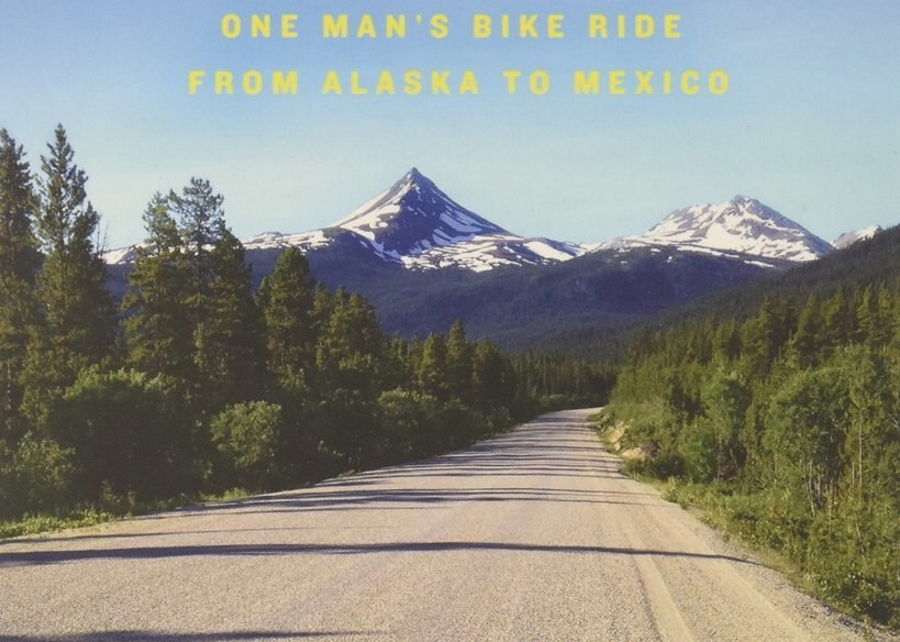 Part of the Cover

He figured the trip would take him 3-4 months, from Anchorage to the Mexican border at Tijuana. In fact he did it in 51 days despite broken chains, flat tires, bad weather, encounters with bears and moose (not to mention logging trucks on narrow roads), and some hair-raising coastal roadways with sheer drop-offs and no guard rail. In some places the headwinds were so strong that he had to work hard even going downhill. 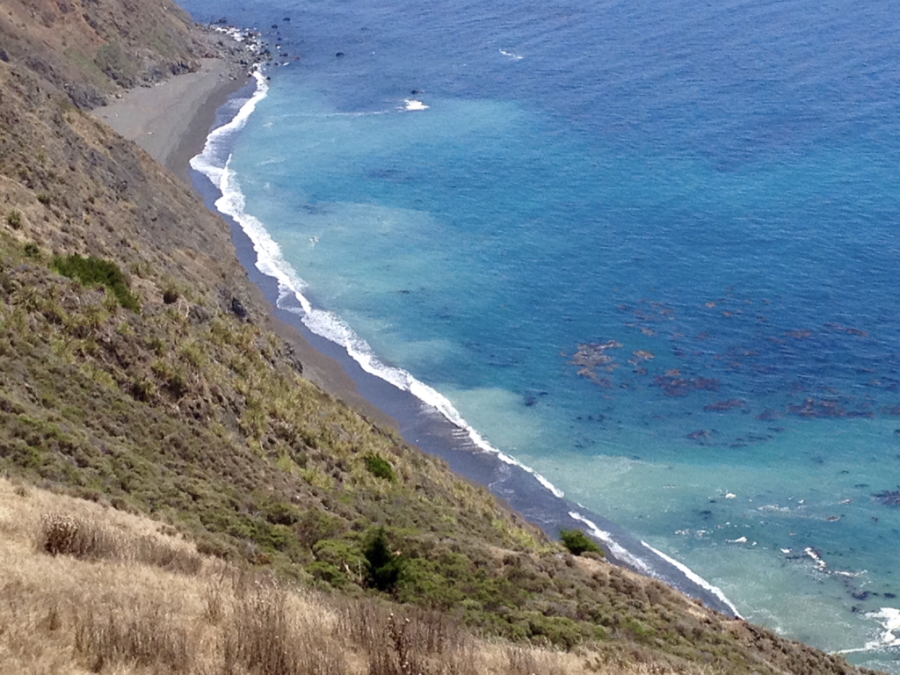 A Pleasure to Read

Downhills Don't Come Free would be a pleasure to read even without the motivation behind it. Just as he set off with no cycling experience beyond occasionally doing a 20-30-mile ride, so the author had no writing experience either. Several times he was asked if he was going to write a book about it, after telling some of his tales round the campfire, but he always said that wasn't the point. He did write a nightly blog for family and friends, mainly to let them know how he was getting along, and he admits this forced him to be more observant. It paid off. 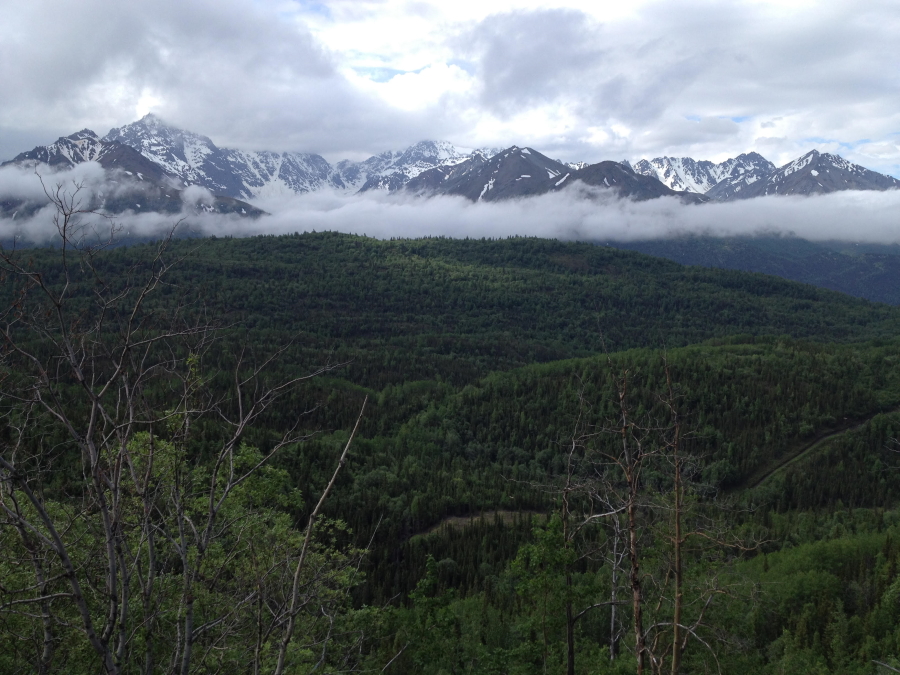 Even after he'd finished the journey and gone back home, he insisted he wasn't going to write a book as he wouldn't know where to start. Thankfully he took his own advice and eventually realized that writing the book was going to be his next big challenge - and he succeeded at this one, too. 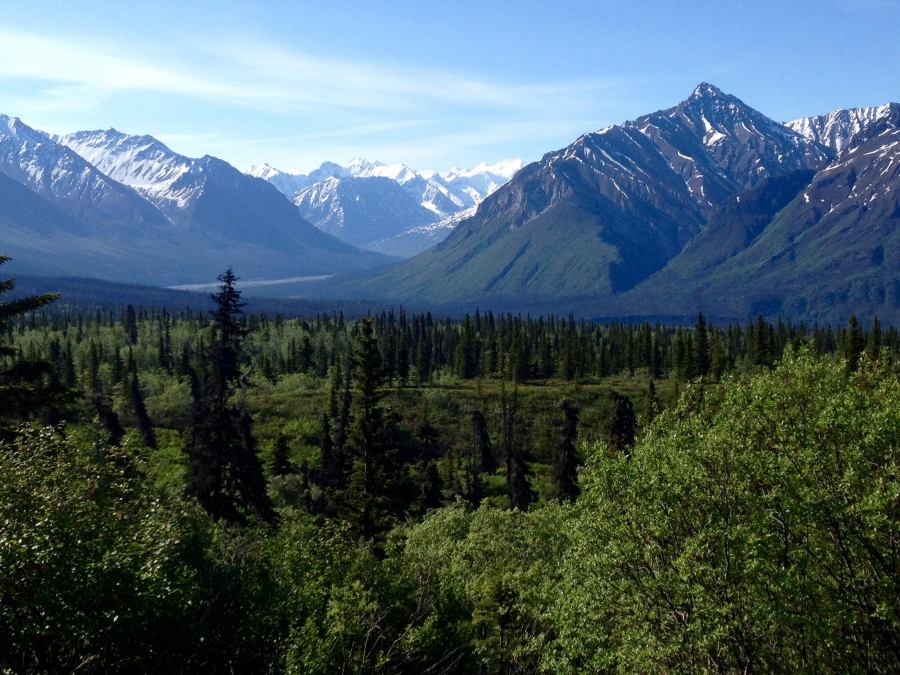 The journey starts in Anchorage, Alaska, where he makes the first major purchase of the trip: a can of bear spray. "Hey, did you hear about the big mauling last week?" the saleswoman asked him cheerfully.

But bears are a genuine worry, as he soon discovers when he sails round a blind bend and finds a bear sitting at the side of the road in front of him. He has no idea what to do, having had no experience with bears. Eventually he realizes that he can't just stand there forever if he's to get to that night's target, which is, ironically, Destruction Bay.

"With the thin mist of bear spray as my only defense, I made the second-dumbest decision of my entire journey." 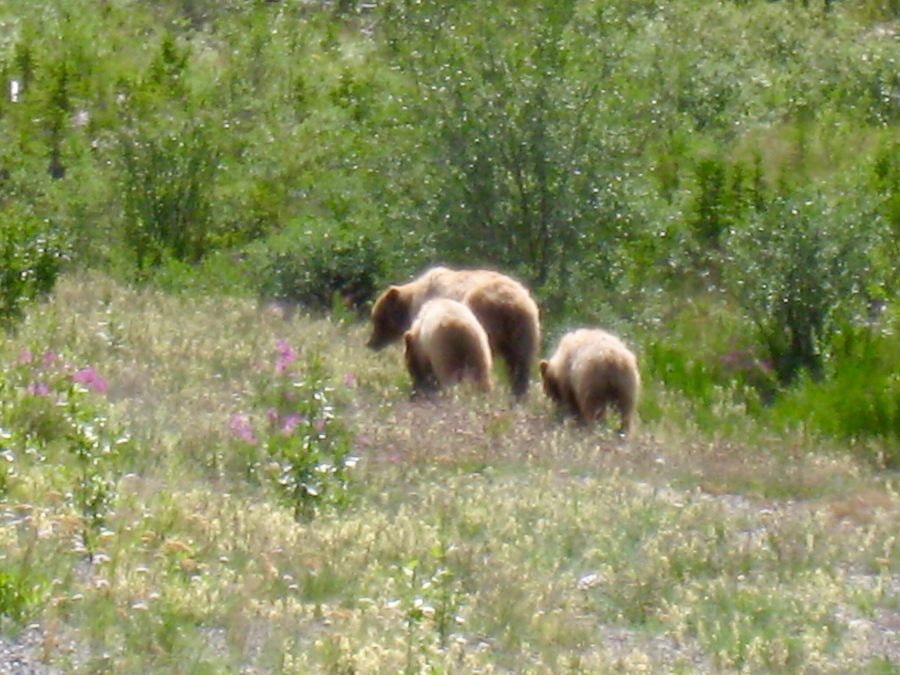 A Close Encounter of the Bears Kind

Of course you then continue to read the book to find out what the dumbest decision was, and that one doesn't disappoint when it eventually comes.

Holl is an engaging writer and travel companion, as he's able to tell funny stories, convey the toughness of the trip without sounding self-pitying, and also convey the elation he feels at certain moments, like this at the start of Day 3:

"I awoke early with a goofy, euphoric feeling of well-being. Living outside in the gorgeous, wide-open wilderness was so healthy for my disposition. Even though the Caribou Creek climb had wrung me out and made me a little loopy, it did so in a good way. I have a runner's high - on steroids." 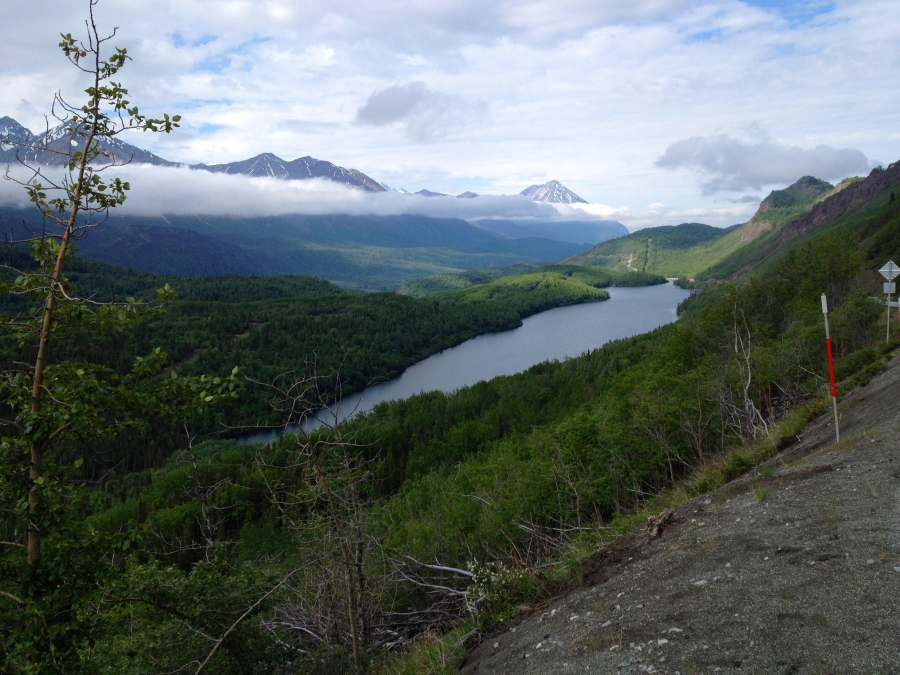 The Swoosh of an Eagle's Wings

There are some lovely descriptive passages too, like this one describing the sounds he's been hearing:

"As each mile passed, every one of my senses fired continually: the warmth of the sun on my skin, the shrieking wind through my ears, the frigid cold in the shadows, the rain pelting and stinging my face, the smell of millions of pines in an undisturbed wilderness - inhaling the cleanest air on earth. The sounds were their own symphony: wild rushing rivers, piercing raven squawks, swoosh of an eagle's wings, slap of a beaver's tail, rumbling thunder echoing off the far shores or wind in the treetops."

Pretty good for a guy who thought he couldn't write. He's also good at capturing the character and conversations of the people he meets on the way - including the oddballs as well as the people who are kind to him. He sometimes shares a few miles with fellow cyclists, getting their stories and sharing his own. 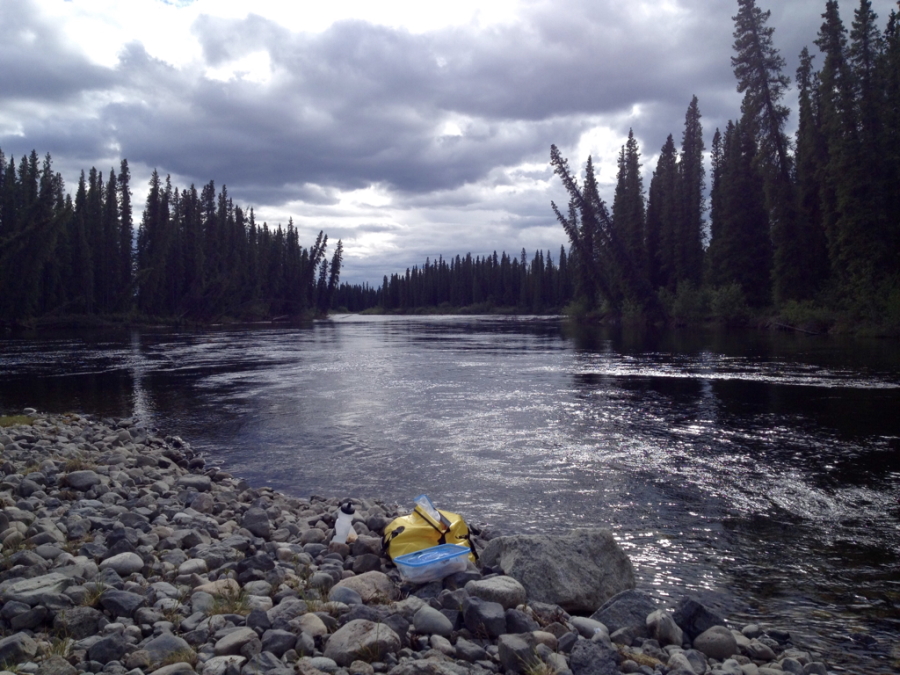 The Kindness of Strangers

He also discovers that there are bigger problems than encountering bears when he reaches for his water bottle, it slips, and gets smashed by his rear wheel. He has two more but really needs all three to keep himself hydrated and his first chance to replace it will be in the city of Whitehorse in Yukon, which is several hundred miles away. Fortunately he makes it, with help from fellow travelers and the kindness of strangers, who help him keep his bottles topped up by sharing their own water. 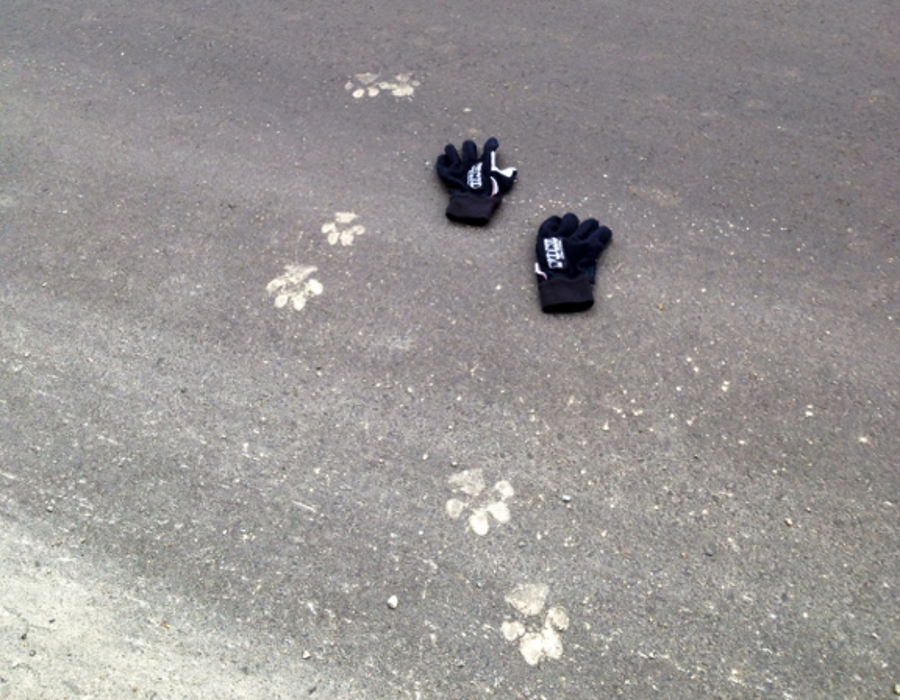 Another disaster happens when his chain comes off in the middle of nowhere, and he realizes that although he has the emergency repair kit that came with the bike, he has no idea how to use it and doesn't even know what's in there.

"I picked up the chain and stood there, clueless - looking at it, looking at the bike, looking back at it. I'm so screwed. I might as well have been a third grader staring at a physics test."

Luckily for him a fellow cyclist, Sarah, turns up and shows him how to insert a chain link and repair the chain. She even gives him one of her spares. It's kind acts like this which recur and recur along the whole journey, moving both the author and the reader and reminding us of the inherent goodness of most people towards strangers. It's a heartwarming read in these divisive and troubled times. 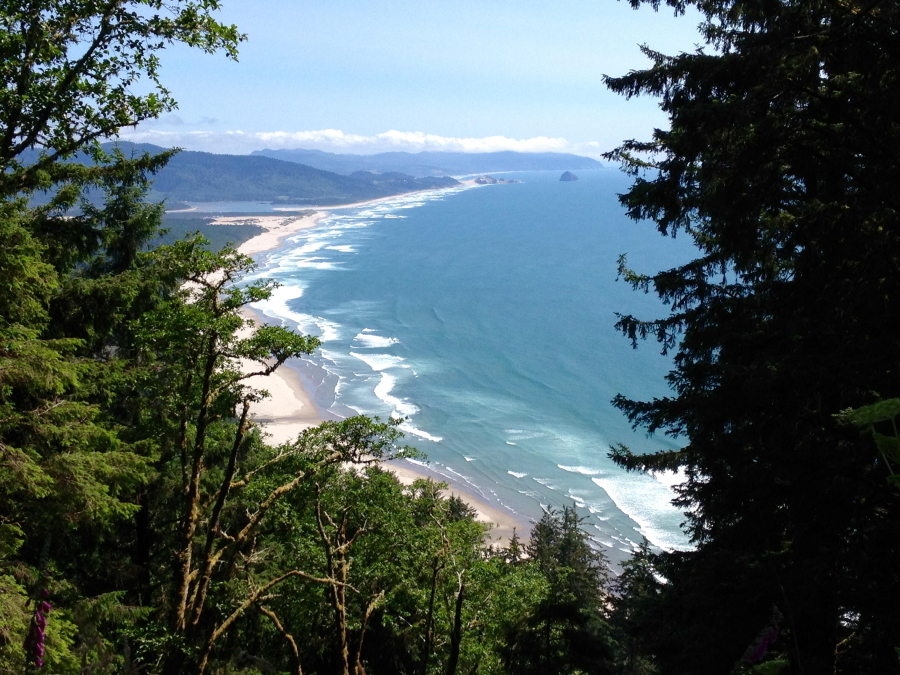 The author doesn't reach the Pacific Coast Highway till halfway through the book, so vast are the distances to be covered in Alaska and Canada. From then on in, anyone who's made the journey along the highway by whatever means will take great delight in Holl's experiences which are often very different from how you might experience the highway while driving. His route often takes him away from the tourist areas and occasionally into some rather dubious places. 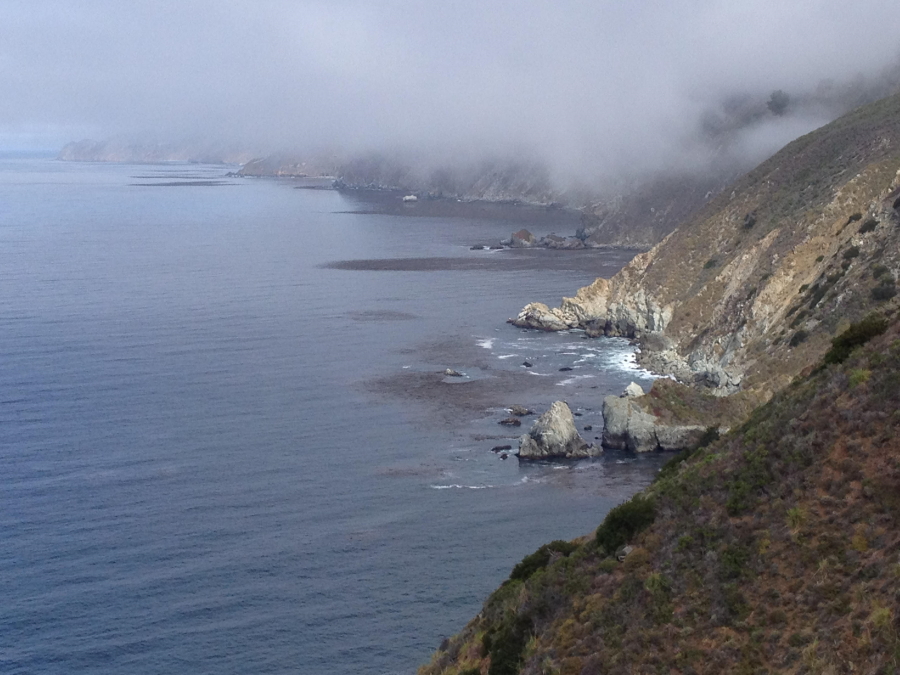 He visits Castroville, 'The Artichoke capital of the world', a small agricultural town where he manages to find a motel where the manager speaks no English, and a Mexican bar where the same applies. He falls into a conversation of sorts with some guys using rudimentary English and gestures. He buys them a round of drinks, only to find after they've left that they've settled the entire bill, including his beers. He gets his 'revenge', though, by leaving a round of drinks behind the bar for them on their next visit. 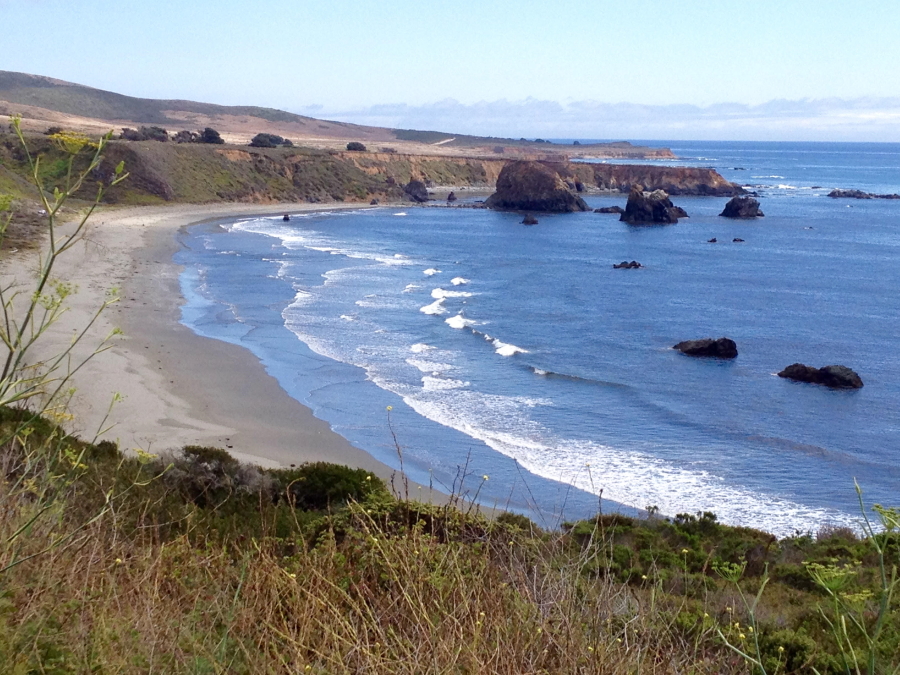 But he visits plenty of familiar places too, like San Simeon, the elephant seal beach, Monterey, Santa Barbara, Big Sur, Venice Beach, and on along the coast through La Jolla and San Diego. Here he takes a slight diversion to spend the final night of the whole trip with his brother and sister-in-law, before what he thinks will be the final breeze of just 25 miles to the Mexican border.

"Little did I know my dumbest decision of the entire journey lay before me."

How can you not want to know what that was? It's one of the best and most surprising parts of the book, which I would urge anyone to read whether you're planning to drive or cycle the Pacific Coast Highway or not. It might even change your life, as the author's journey did for some of his friends back home, who were inspired to change the direction of their own lives. 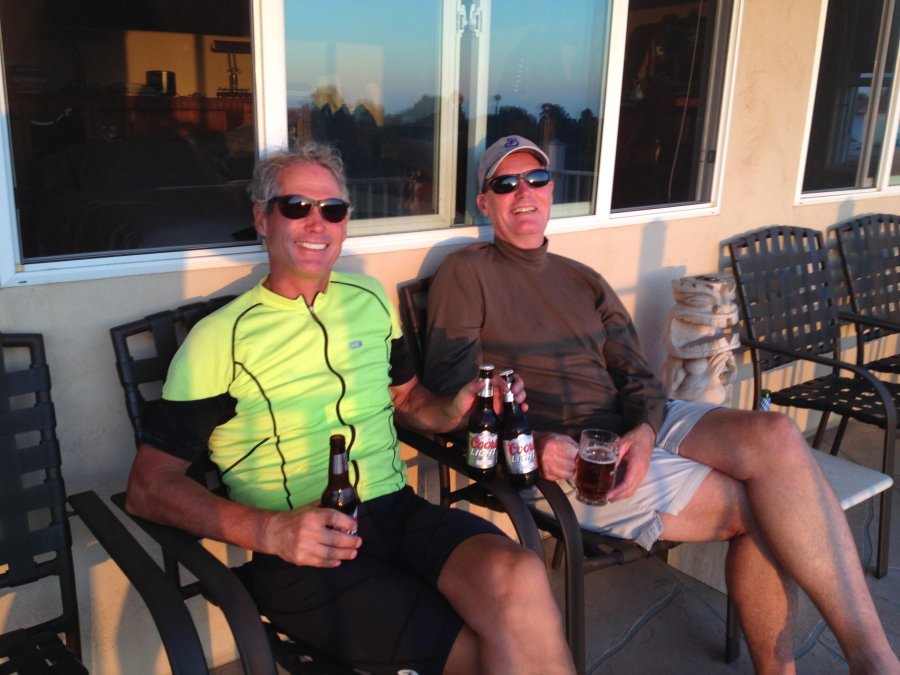 Journey's End
And the Author Enjoys a Beer with Brother Steve

All photos courtesy of Jerry Holl. The author is now a successful keynote speaker talking about his trip, and the life lessons he learned from it.

You can buy the book on the author's website, or on Amazon.