The Newport Beach Christmas Boat Parade, or the Parade of Lights as it's also known, is one of the major Christmas events in the whole of Southern California. 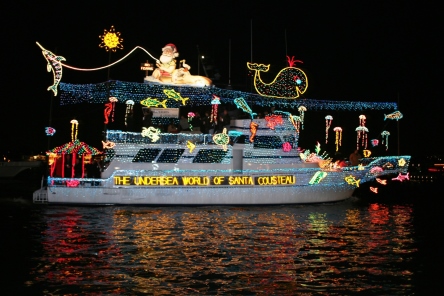 The Newport Beach Christmas Boat Parade, or the Parade of Lights as it's also known, is one of the major Xmas events in the whole of Southern California, and within easy reach of Los Angeles. As you can see from the photos, it's one of the most colorful parades you could find, and it's been going now for over 100 years. In fact The New York Times described it as “one of the top 10 holiday happenings in the nation."

Each holiday season Newport Harbor comes alive with Christmas lights and decorations, and these and the Boat Parade bring over a million people to this beach town less than an hour from downtown Los Angeles. Some of the boats in the parade spend over $50,000 decorating themselves, in the hope of winning a prize for the best boat in the parade.

The best way to see the boat parade is definitely up-close and personal. From December 1st five boats in Newport Harbor offer cruises around the harbor to see the lights, with three departures every night. The cruises offer visitors the best opportunity to see the boats in the Boat Parade. See below a link to the online booking form.

When to See the Newport Beach Christmas Boat Parade

The Christmas lights start going up after Thanksgiving, and by December 1st Newport Harbor is lit up like… well, lit up like a Christmas tree!

You can book an evening tour of Newport Harbor to see the lights here:

There are two websites in particular where you can find out much more about the boat parade:
www.christmasparadeboats.com
www.newportbeachboatparade.com 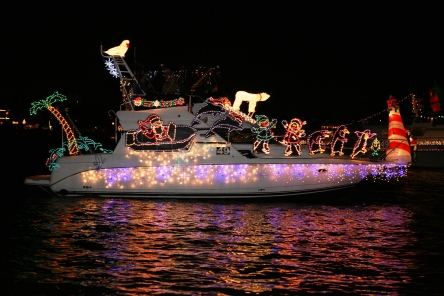 Where to Stay in Newport Beach