The Bodega Bay Lodge and Spa is north of San Francisco and near the Point Reyes National Seashore, a beautiful California coast hotel with Pacific Ocean views. 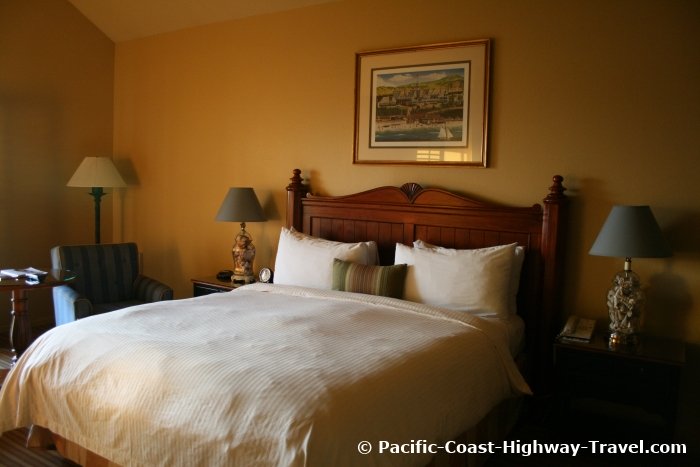 Our Bedroom at the Bodega Bay Lodge and Spa

We were so glad to get to the Bodega Bay Lodge and Spa. It could have been the motel in Psycho for all we cared, we'd still have checked in. Our drive from Carmel took us much longer than we thought, not helped by taking a wrong exit in San Francisco that resulted in us driving through downtown in late afternoon traffic.

After a stop at the Golden Gate Bridge to see the City by the Bay, we naturally took the coastal road for the last leg to Bodega Bay. It's a fabulous drive along winding hilly roads, through wooded scenery before falling down to Stinson Beach where herons and egrets were feeding. Then it's through Dogtown ('Population 30') and the glorious Point Reyes National Seashore.

It was a beautiful drive, but slow. It takes about two hours to cover the 75 or so miles from the Golden Gate Bridge to Bodega Bay, though you can do it in an hour if you take the faster 101 route inland through Novato. But why drive the Pacific Coast Highway and head away from the coast? So we were an hour late for the Lodge's complimentary wine hour (5-6pm), and it was Tuesday and their acclaimed Duck Club Restaurant was closed. 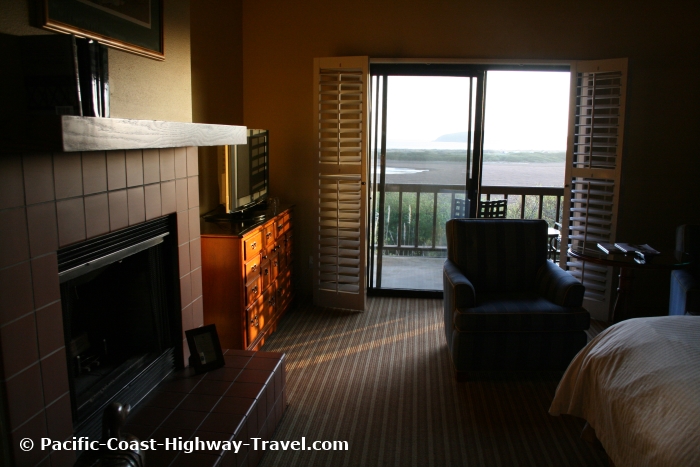 View from our Room at the Bodega Bay Lodge and Spa

Our Room at Bodega Bay Lodge and Spa

We may have been downhearted and a little tired when we drove round to our room (#607), but our spirits lifted as soon as we walked in. The room was huge, with a massive bed, and a balcony. We stepped out to a fabulous view across a marshland bird sanctuary to the Pacific Ocean, and were greeted by the ribbit-ribbit chorus of frogs, who were also getting ready for the sunset. 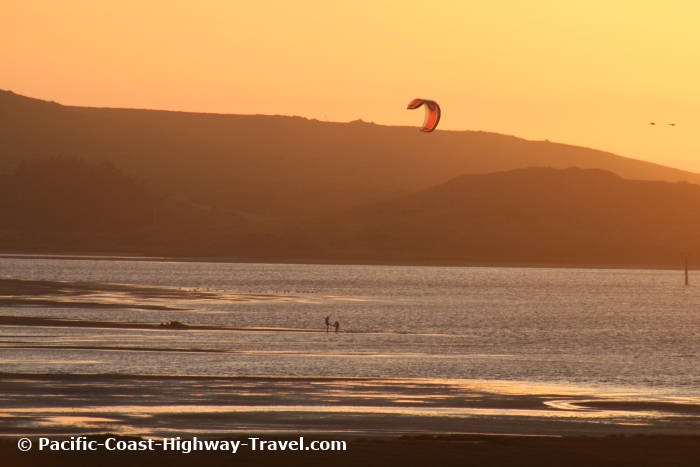 Enjoying Bodega Bay Behind the Lodge

The Lodge is cleverly designed so all rooms have such views (though upper rooms like we had are obviously a little better), and its rustic architecture blends nicely into the landscape. Oh yes, we thought, it takes a lot to beat a California coast hotel.

The Bodega Bay Lodge was as far removed from the Psycho motel as you could get, but we were soon in another Hitchcock movie. We drove three minutes to eat out at the Lucas Wharf Restaurant and Bar, which is on the wharf where scenes from Alfred Hitchcock's classic movie The Birds were filmed. We had fabulous seafood (a calamari steak and a shrimp risotto), and went back to enjoy our lovely room at the Lodge.

We may have missed out on dinner but we enjoyed the marsh and sea views from the Duck Club Restaurant for breakfast. From a very extensive and tempting breakfast menu, Donna had a crab and asparagus omelette and I was boring and chose one of my favorite breakfast dishes, Eggs Benedict, both made with a wonderful Hollandaise sauce and absolutely delicious.

Even the simple things like coffee and juice were excellent too. When you're on a road trip you need a hotel that gives you a good start to the day, and we definitely got that here. 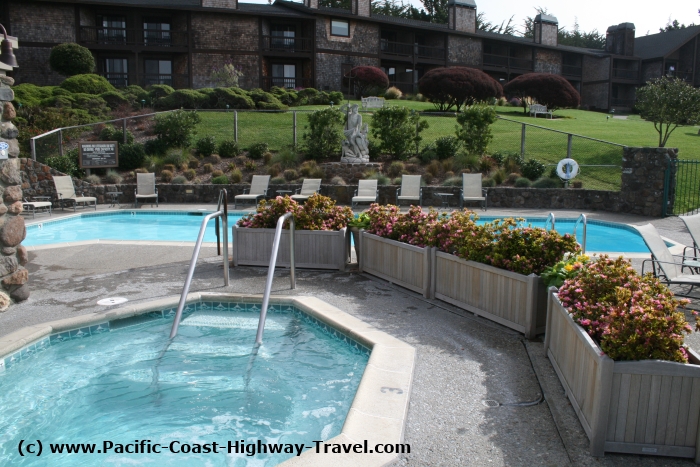 Swimming Pool at the Bodega Bay Lodge and Spa

After breakfast there was time to stroll around the hotel, breathe in the fresh ocean air, and check out the swimming pool and the spa next to it, which both overlook that lovely part of the California coast. No time to try out a treatment, though it was tempting. There's also a fitness center, an outdoor whirlpool spa, and a sauna.

Sadly we had to hit the road, as we wanted to drive back and see Point Reyes at a more leisurely pace, and also visit Bodega, where more scenes from The Birds were filmed. We will definitely try to get back to the Bodega Bay Lodge and Spa again – but get there early, and enjoy it even more. 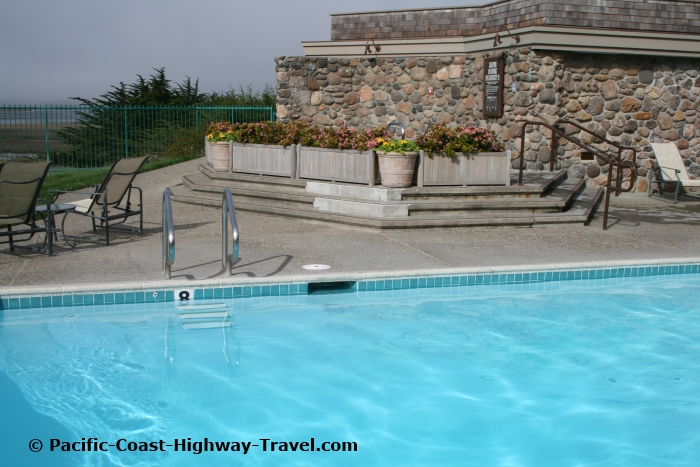 Swimming Pool at the Bodega Bay Lodge and Spa