Port Townsend is noted for its Victorian architecture, sits at the top of the Olympic Peninsula, is close to the Olympic National Park, and 55 miles from Seattle. 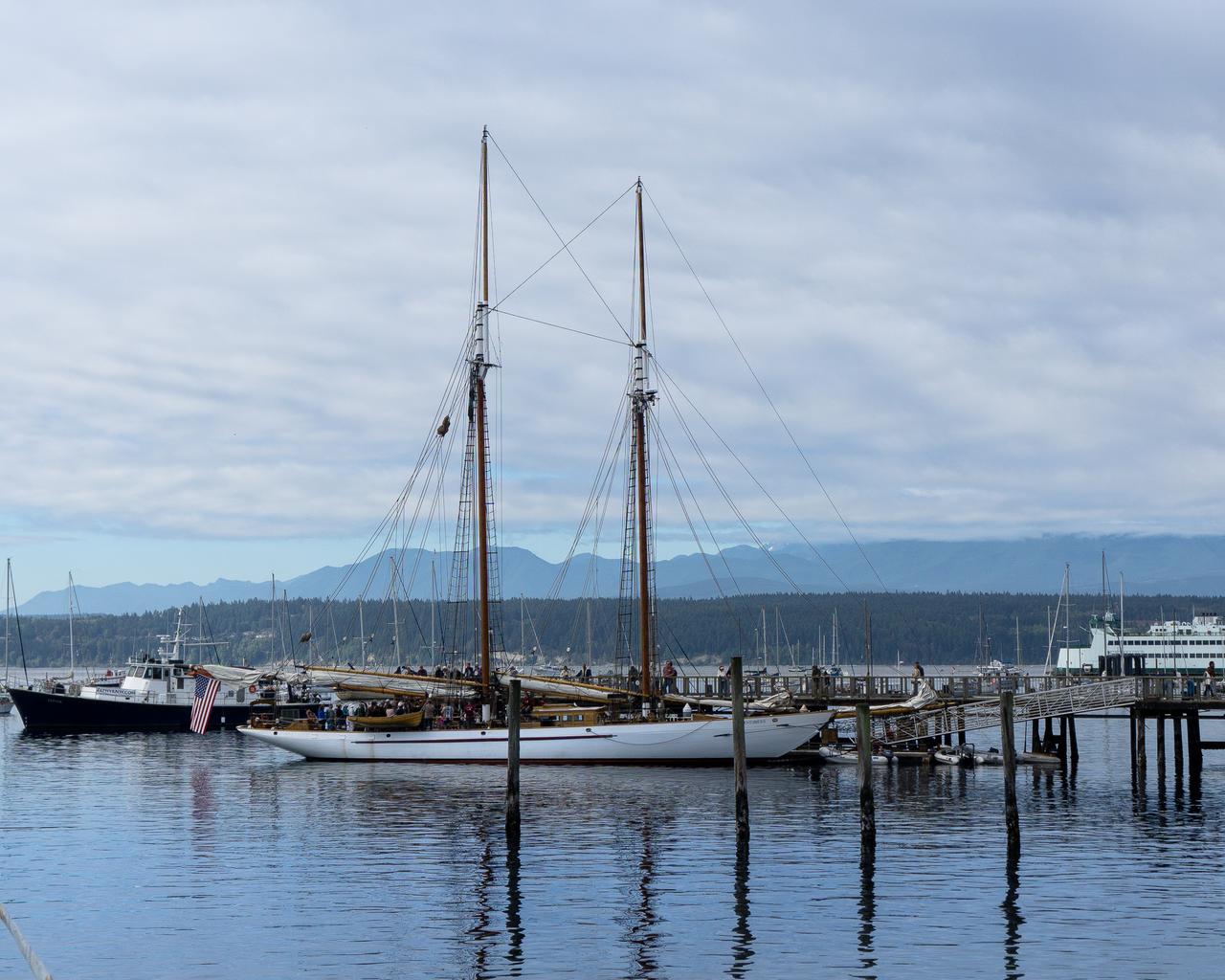 The Victorian buildings survive from the time in the late 19th century when Port Townsend was a thriving shipping port. It was expected to become the north-west terminal for the advancing railway, and the town prospered and many prominent citizens had equally prominent houses built on the bluffs overlooking the town. However, the railway went to Tacoma instead, 80 miles further south and Port Townsend was never quite the same. Today fewer than 10,000 people live there.

These days the town has just two ferry connection. One goes from downtown Port Townsend out to Coupeville on Whidbey Island in Puget Sound. The other leaves from the Point Hudson Marina and goes to Friday Harbor on San Juan Island. 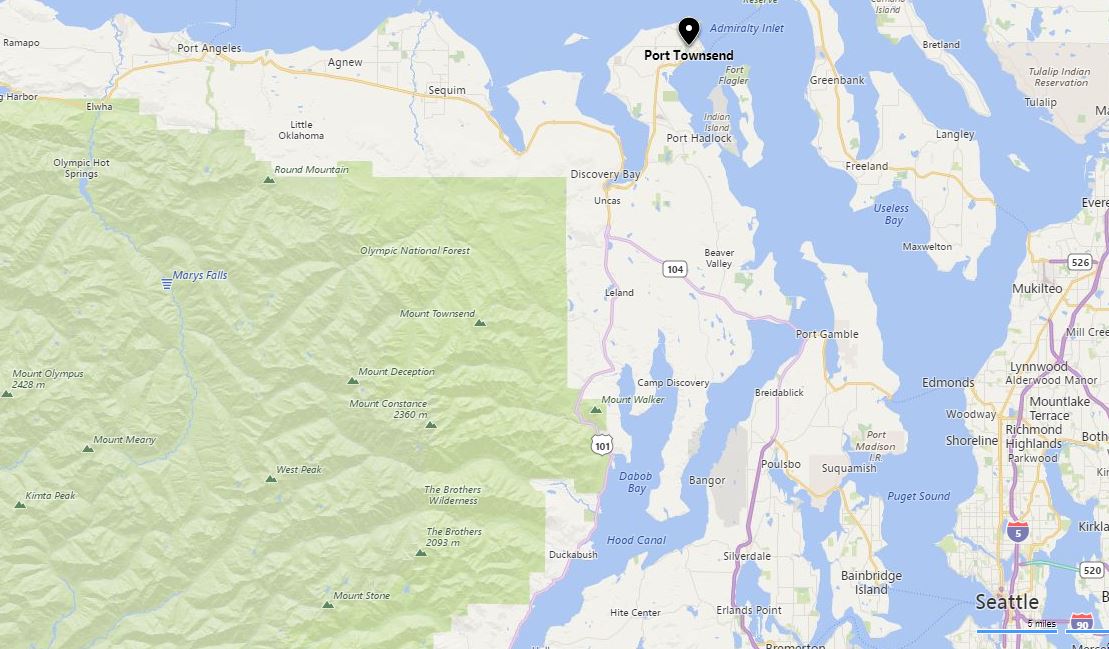 Best Things to do in Port Townsend

Named after the chief of the S'Kallam Native Americans, who greeted and was greatly respected by the first settlers, this was the city's first public park when it opened in 1904. It has several garden areas, including a rose garden, plus a bandstand, picnic tables, great views of the Cascade Mountains and Salish Sea, and gives access down steps to a popular beach. In August there are outdoor performances of Shakespeare plays.

One of the finest buildings in Fort Worden State Park, the Commanding Officer's Quarters was built in 1904. It has been restored to the grandeur of its heyday, but there are other military buildings surviving too, in the former Fort Worden.

This used to be the HQ for the Puget Sound Harbor Defenses, and is where you will also find the Puget Sound Coast Artillery Museum. If any of the State Park looks familiar, it could be because a lot of the movie An Officer and a Gentleman was filmed here. 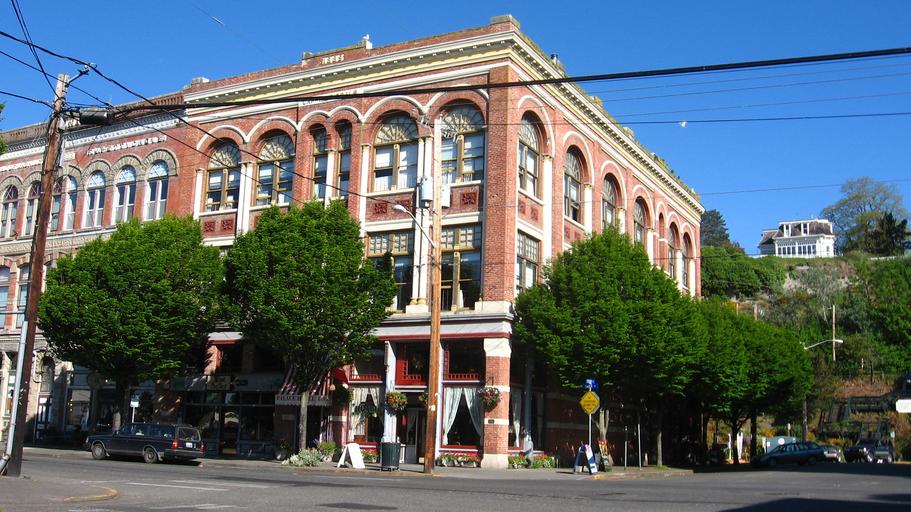 Jefferson Museum of Art and History

Port Townsend is the capital of Jefferson County, and the Jefferson Museum of Art and History tells the story of the area. Exhibits cover the first people, the first settlers, the boom time of the town, and the area's maritime heritage. There are also displays of art and photography by North West artists.

This isn't a museum devoted to chocolate bars but to the aircraft industry of the Pacific Northwest and located out at the airport. The Port Townsend Aero Museum has a collection of aircraft and also operate a commendable Youth Program which encourages the young people of the area to get involved by helping restore and fly the vintage and classic airplanes in the collection. There's also an art gallery, a collection of model aircraft, a library, and a shop.

The Rothschild House Museum allows you to see what one of the grand Victorian residences built on the bluffs was like on the inside. D.C.H. Rothschild had come to the USA from Bavaria and opened a mercantile in Port Townsend. At first the family lived over the store till Rothschild was wealthy enough to have this house built for him in 1868.

The house has only ever been lived in by the Rothschild family through several generations, with the last owner donating it to the Washington State Parks and Recreation Commission. It is on the National Register of Historic Places, and has been kept as the family remembered it in its early days. 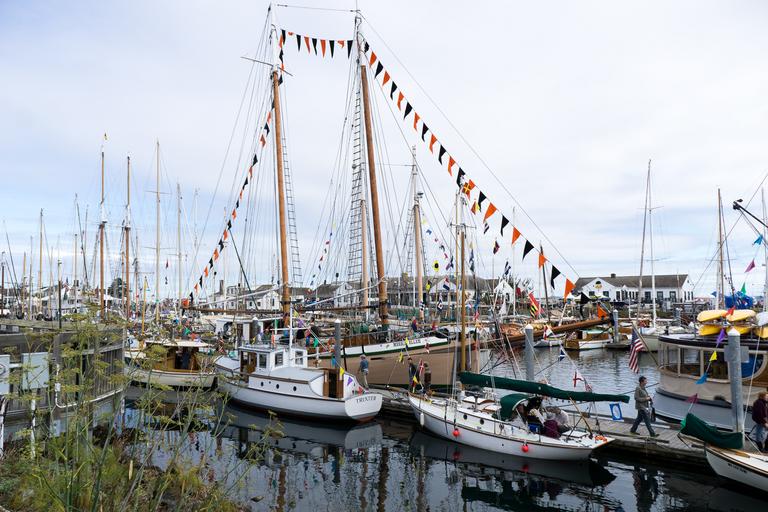 It may be small in size but there's always something going on in Port Townsend. There's a Film Festival, a Victorian Festival, a wacky Beer Festival, a Chili Cook-Off, a Jazz Festival, the largest Wooden Boat Festival in the USA – and a lot more besides! 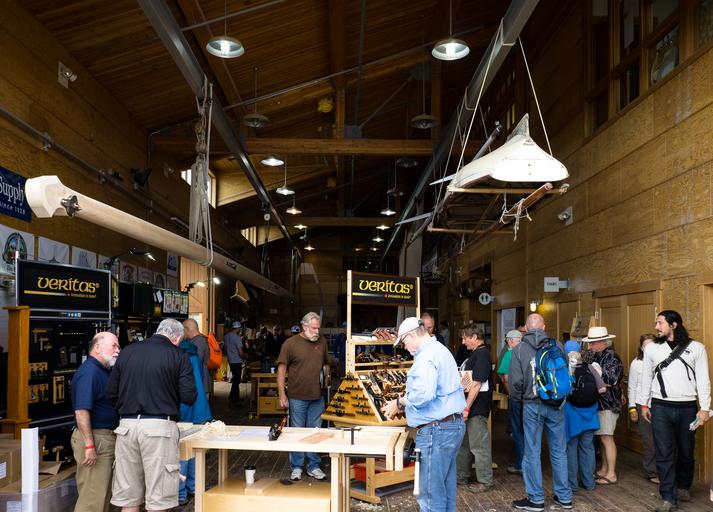 Where to Stay in Port Townsend