Guide to the Olympic Peninsula

Moon's Spotlight Guide to the Olympic Peninsula covers hotels, restaurants, and sights, including Forks, the Olympic National Park and other places. 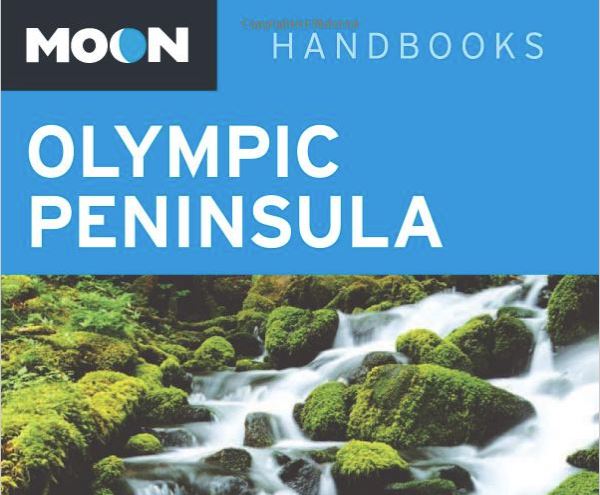 Moon's Guide to the Olympic Peninsula

This review was of an earlier edition of the guide, since when it has been updated regularly.

Moon's Spotlight Guide to the Olympic Peninsula is a pocket-sized guide that covers hotels, restaurants, shopping, and sights, all in 100 pages. It's a direct extract from the main Moon Washington guide, published separately in this easy-to-carry format for those travelers who only want to explore the Olympic Peninsula. Full marks to Moon for not trying to conceal that this is an extract from the bigger book: it's right there on the back cover.

The first thing to say is that the author, Ericka Chickowski, is a very good writer. That doesn't apply to too many guidebook writers, believe me, and those that are good often don't have the chance to show off their skills in the rigid format of some guidebooks.

But Chickowski's Introduction to the Olympic Peninsula, and to the Olympic National Park section of the book, were both a pleasure to read. She obviously knows and loves the area, and can convey that in words. 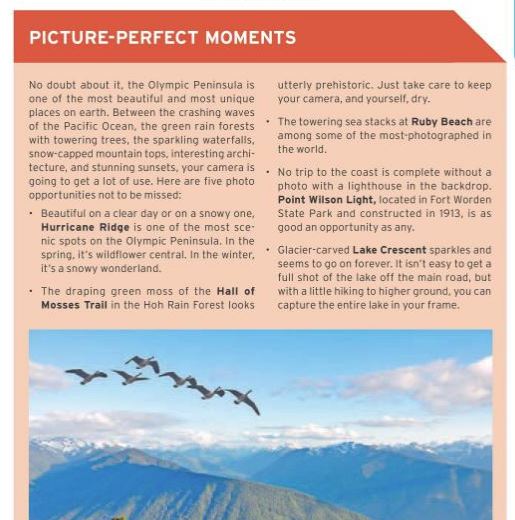 Sample from Moon's Guide to the Olympic Peninsula

The author isn't afraid to be blunt, as well, when necessary. Many guidebooks are afraid to say anything negative, but in one or two places Chickowski tells it like it is. She describes the village on the Hoh Indian Reservation as "a trashed, badly littered place".

The same goes for her description of Lake Quinault Lodge, where "some guests [may] feel taken aback by the premium prices." Now we've stayed at the Lodge and had a perfectly good time, but we were surprised at how simple our room was, given the cost. It's more to do with expectations than any fault of the Lodge, as we enjoyed it for what it was and the author's description is perfectly accurate. You need to know what you're going to get. 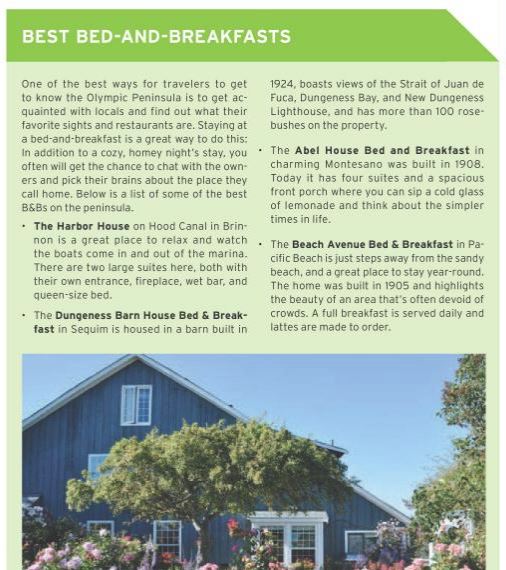 The Spotlight Guide to the Olympic Peninsula covers sights, events, sports, shopping, restaurants, hotels, and just about anything there is to do on the Olympic Peninsula. There's a good range of hotels included, with price ranges given, and reasonable descriptions to give you a flavor of what to expect. The same goes for the other practical information: you get comprehensive coverage, as far as I could see from the places I know in the area. 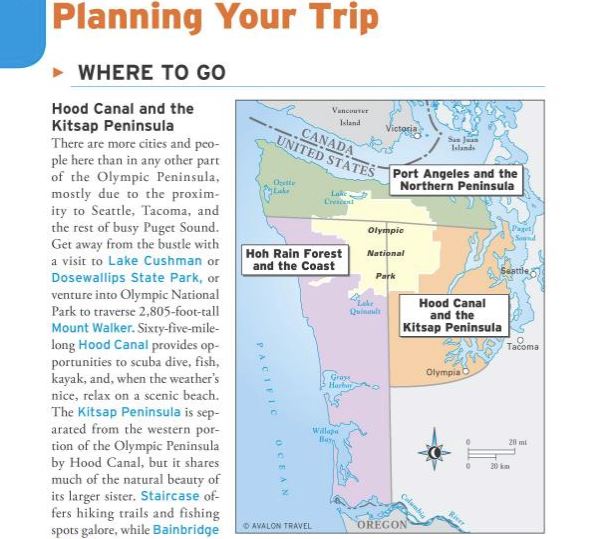 A nice feature is the number of little story boxes that pop up here and there throughout the book. It gives the reader a bit of extra background on aspects of the area, like cranberries, the coastal defence forts, and a box on the 'vampire town' of Forks for fans of Twilight.

The entry on the town of Forks gives an indication of how thorough this Guide to the Olympic Peninsula is. Forks is a pretty small place, and if not for the fact that an author who had never been there set a vampire novel there, it would probably be a quiet lumber town, with a bit of tourism.

In this guide the author covers what sights there are, like the Forks Timber Museum, lists six hotels, motels and other places to stay, describes five places to eat, and even tells you how to get there on the bus. And that's typical of the book's detailed coverage. 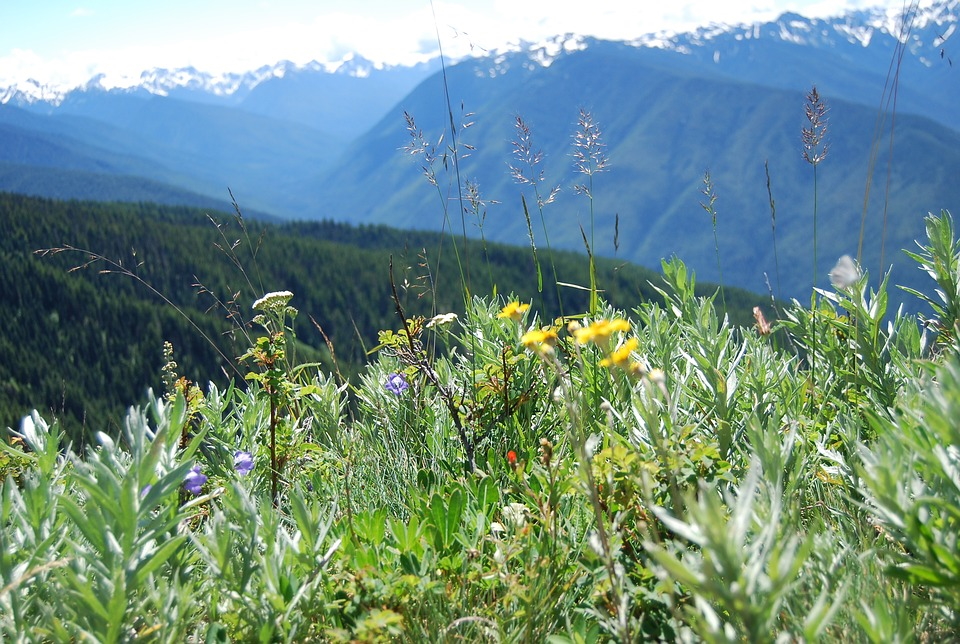 Hurricane Ridge on the Olympic Peninsula

There is a down side to extracting a guide like this from a much larger book. Being only one section of the main book, this extract doesn't come with an index. That's no great drawback as the book covers a reasonably manageable area, and the Contents list at the front of the book should enable anyone to find what they're looking for.

The other drawback is that you don't get the kinds of sections that bigger guidebooks usually have – for example on the wildlife, the climate, the regional food and drink. Where a book covers an entire state, you can't simply take the same material and stick it directly into a book that covers only a part of the state.

These are minor faults, though, in a book that is otherwise an excellent and inexpensive guide to the Olympic Peninsula – hotels and all.