Downtown Seattle hotels are near attractions and the waterfront. Hotel Vintage Park, Edgewater Inn, and Inn at Harbor Steps are tops for travelers. 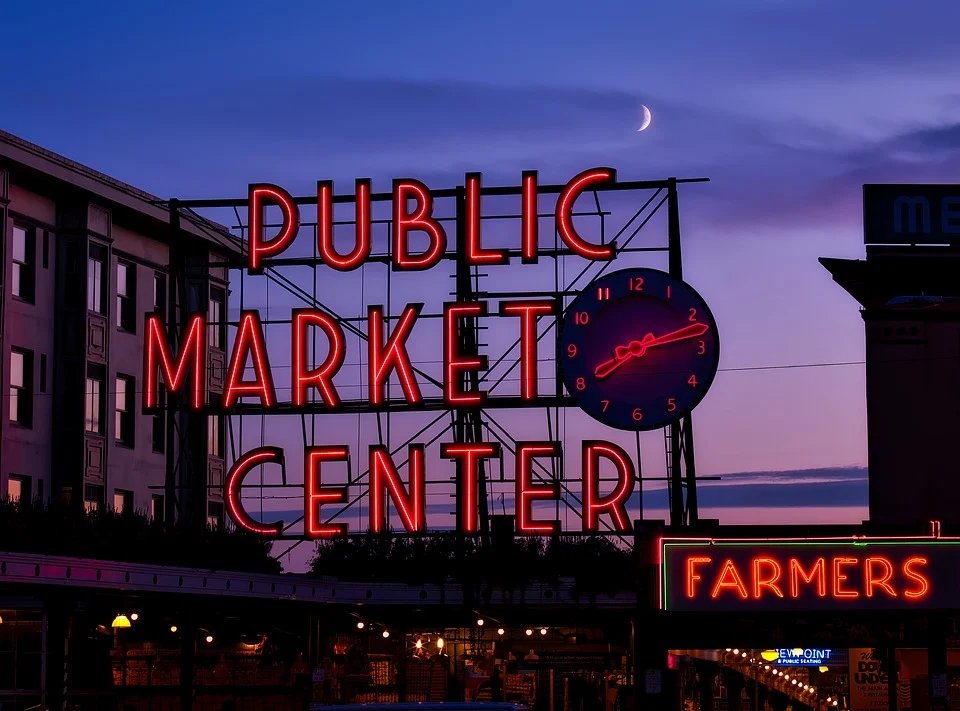 Downtown Seattle hotels are the best choices for city visitors whether for business or vacation travel. That puts you close to many of the major attractions, and to the waterfront too.

There's only one true waterfront hotel, the Edgewater Inn, which is one of our top choices for stays in the city. Most of the other hotels, like The Inn at Harbor Steps and the Hotel Vintage Park are also downtown and good luxury options if you want to indulge yourself at the start or end of your journey along the Pacific Coast Highway. 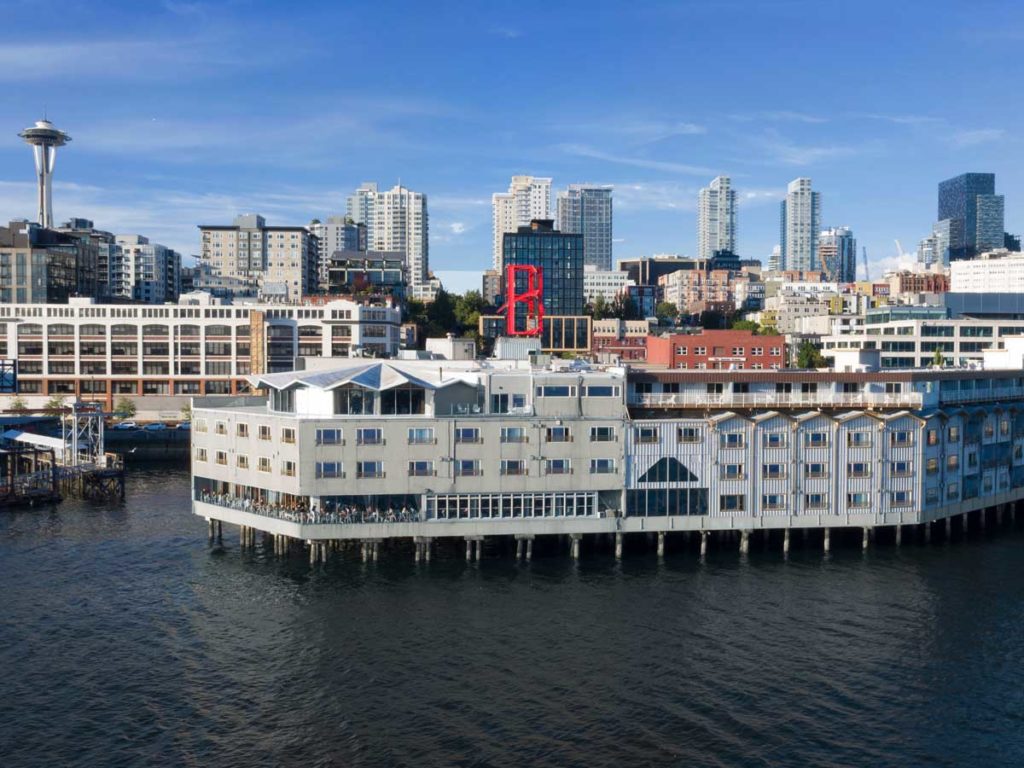 What the Edgewater has is – surprise, surprise – a beautiful location right on the edge of the water, overlooking Elliott Bay. It's the only waterfront hotel in the city, and worth paying the extra for a room with a Bay view.

The Executive is one of the cheaper downtown options that's still a pleasant place to stay, located about five blocks back from the waterfront. It has 156 rooms and suites, and prices for some of the better rooms can be in the Expensive category so check the room rates when booking. Amenities include a restaurant, coffee bar, business center, and exercise room. 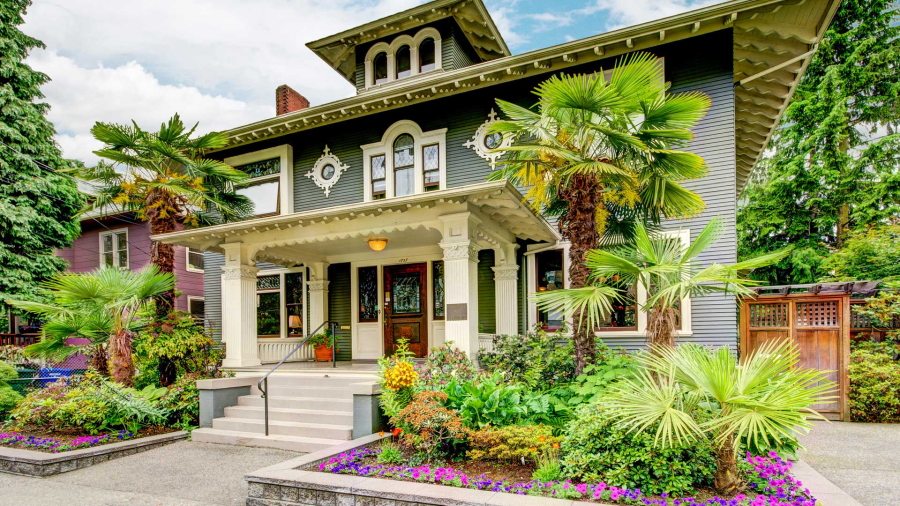 Built in 1906, the Gaslight Inn has just eight rooms. It's in the Capitol Hill district, and about a 35-minute walk from the waterfront and Pikes Place Market. It's delightfully decorated with Arts and Crafts furniture, making for a really pleasant (and child-free) place to stay. There's a heated outdoor pool in summer, when there's a minimum two-night stay. 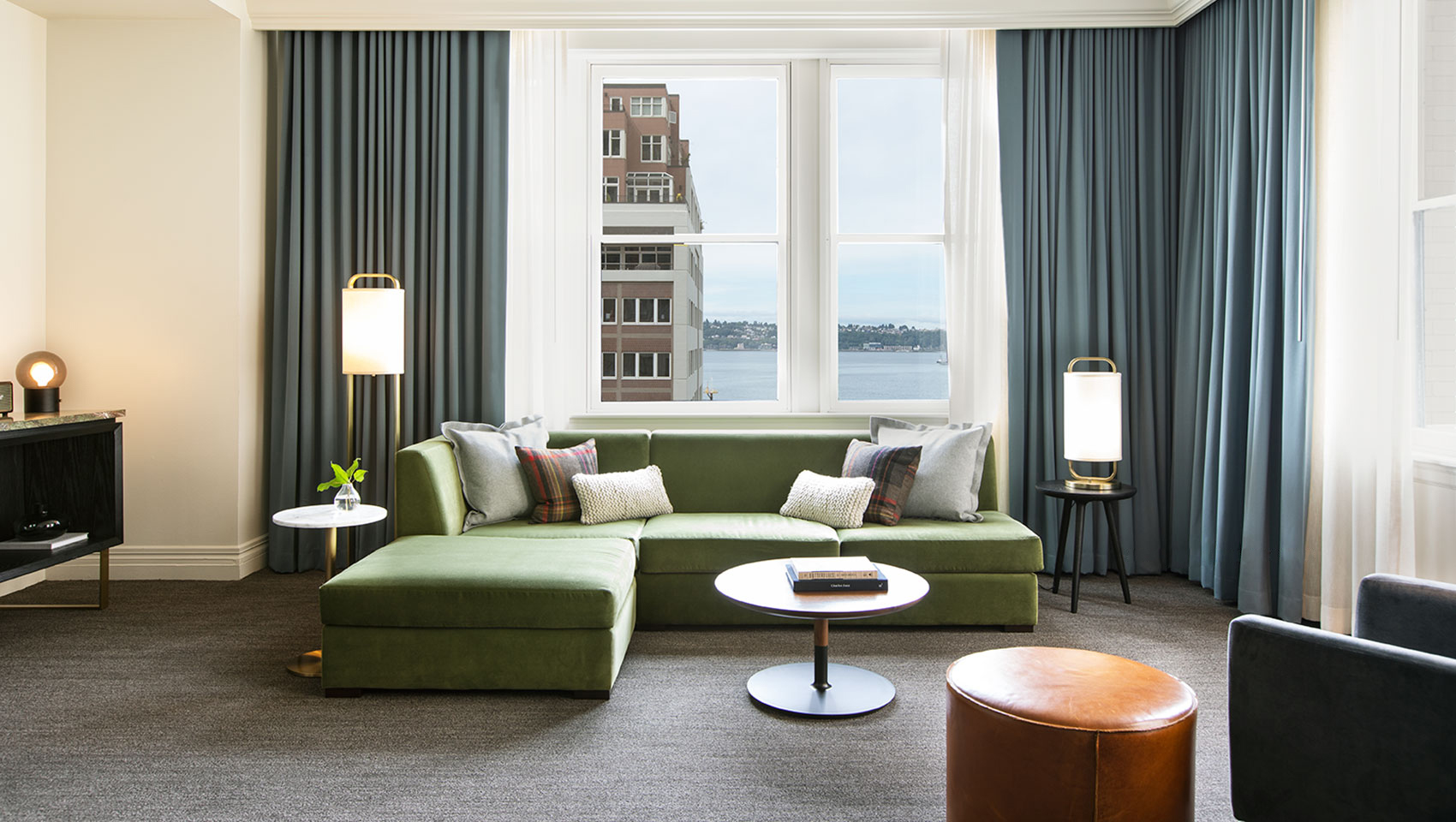 The Alexis is a terrifically stylish hotel in a great downtown location, based in two historic buildings just back from the waterfront. It has its own restaurant and bar, along with a gym and a spa, and all the rooms have original works of art, adding to the sophisticated feel of the place. It was listed by Travel+Leisure magazine as one of the Top 500 Hotels in the World. 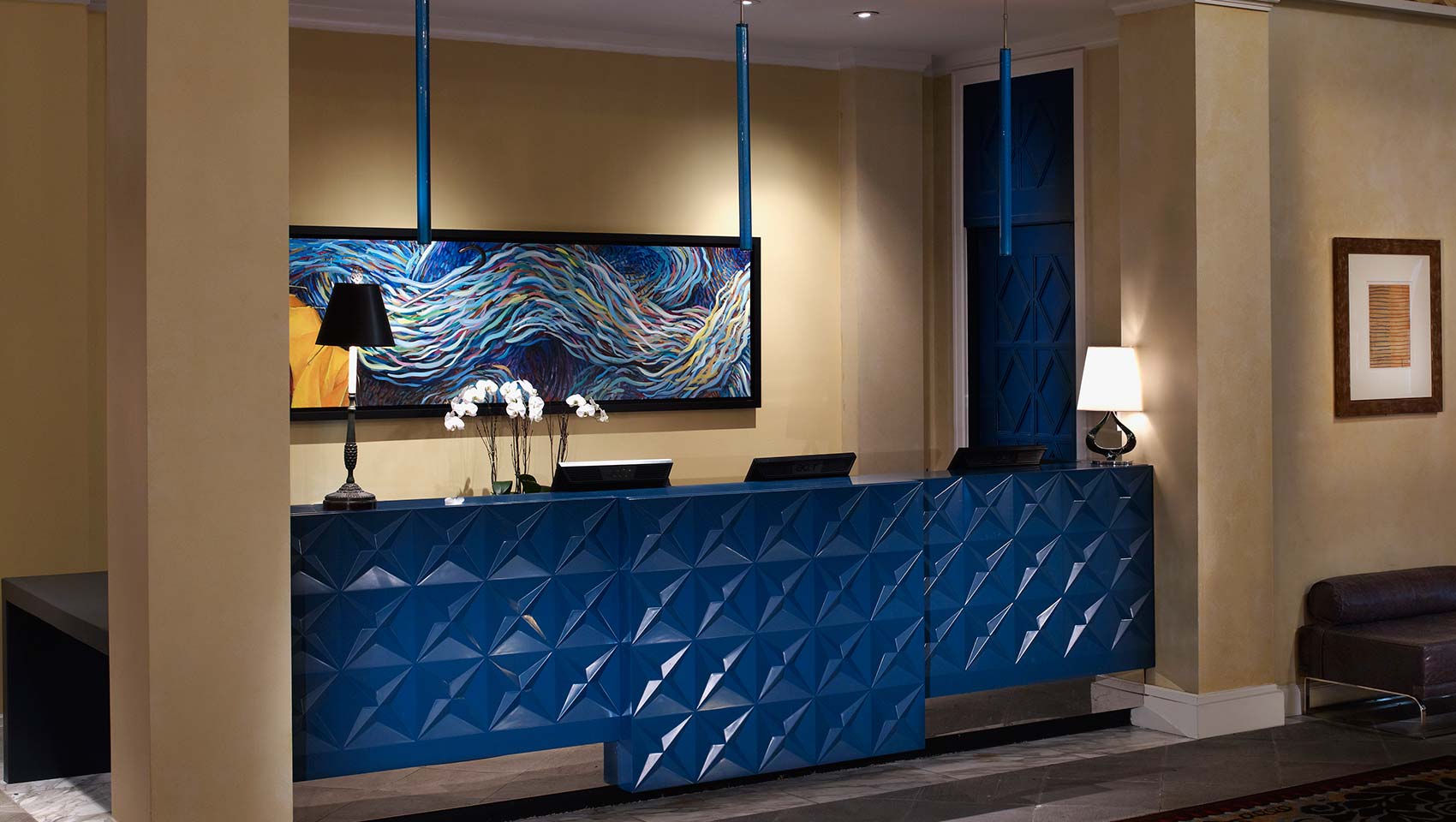 The Monaco chain of hotels carved out an early name for themselves as reliably hip, boutique places to stay. The one in Seattle is no exception, with Monaco trademarks such as a daily wine reception, complimentary morning coffee and tea, a free shoeshine, and the option to have a pet goldfish in your room, just for the fun of it. There’s also a visit by a fortune teller twice a week!

The rooms are modern and stylishly decorated, each one different but all with a fun feel to them. They have city views, some have 2-person jetted tubs, with an in-room spa service including a yoga mat to use during your stay. The Monaco chain is decidedly different and we love them. 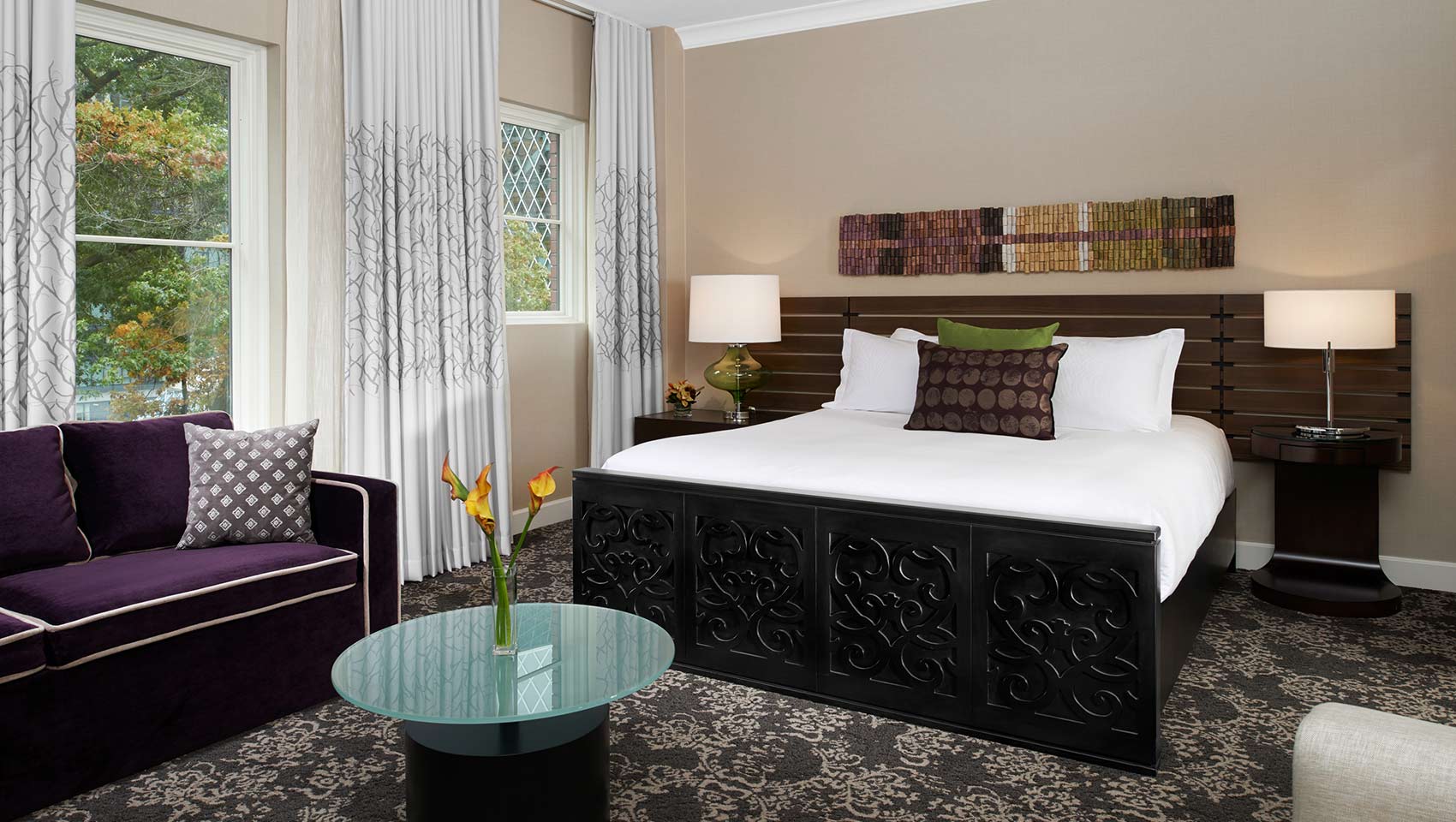 With our weakness for wine, this is an obvious choice. Anyone planning to visit Washington Wine Country should check in here for its nightly wine tastings in the hotel lobby, special wine events, and the help it will give you in planning a personal wine tour of the region, through its special partnerships with vineyards and wineries. 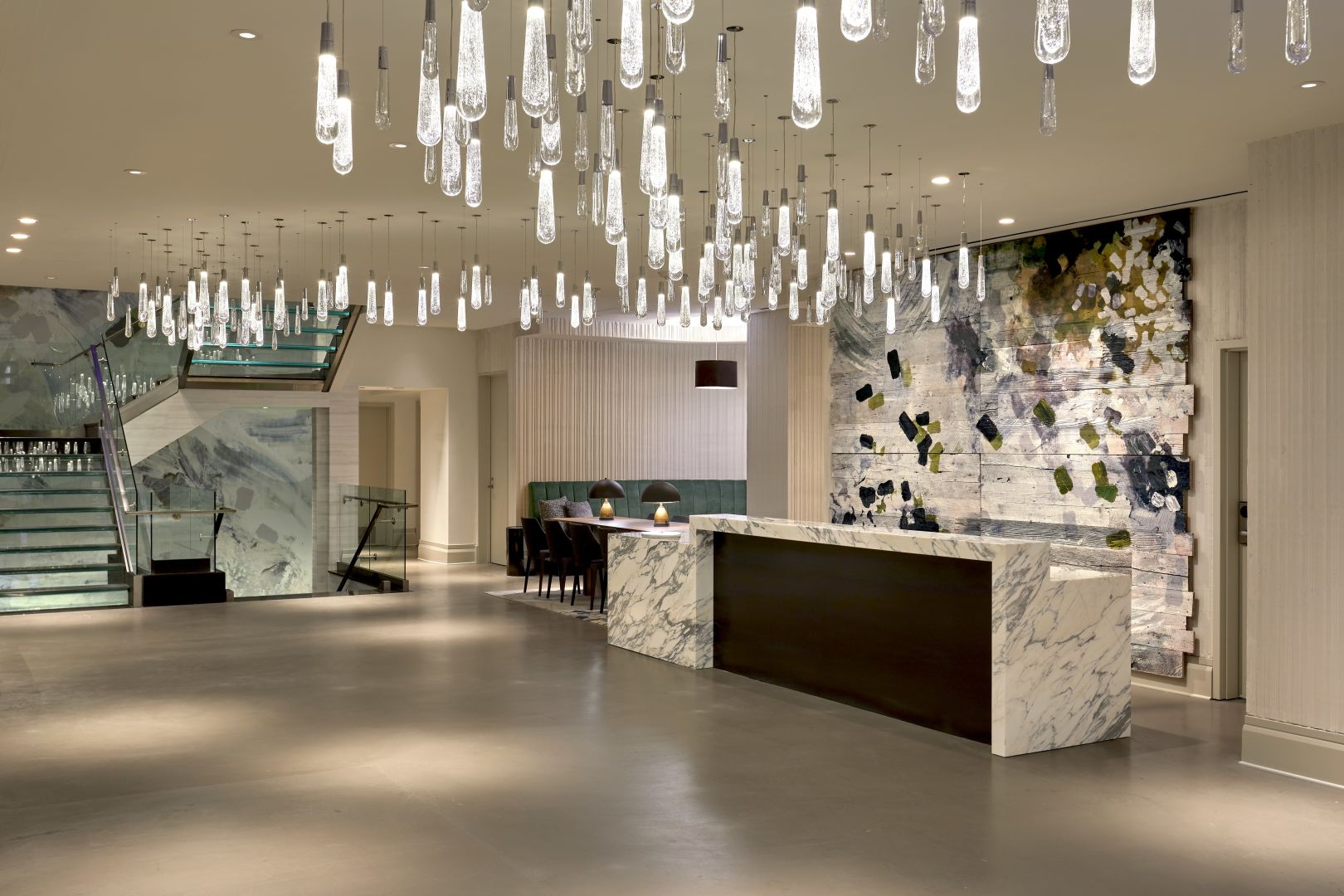 Several publications have rated the Hotel 1000 as one of the best hotels in the world, and it’s easy to see why when you arrive. The lobby has cool, clean, stylish lines, with subtle lighting and striking artwork on the walls. The cool and stylish look continues in the All Water Seafood & Oyster Bar.

The rooms too have very clean lines, intriguing artwork and comforting colors. Some have stunning views from large picture windows, and they also have every gadget known to man, including some you'd never have thought of. There is also an excellent bar, gym, and spa facilities. Yet despite all this, and unlike many modern hip hotels, the style never gets in the way of the functionality. It’s fun and cool but everything also works! 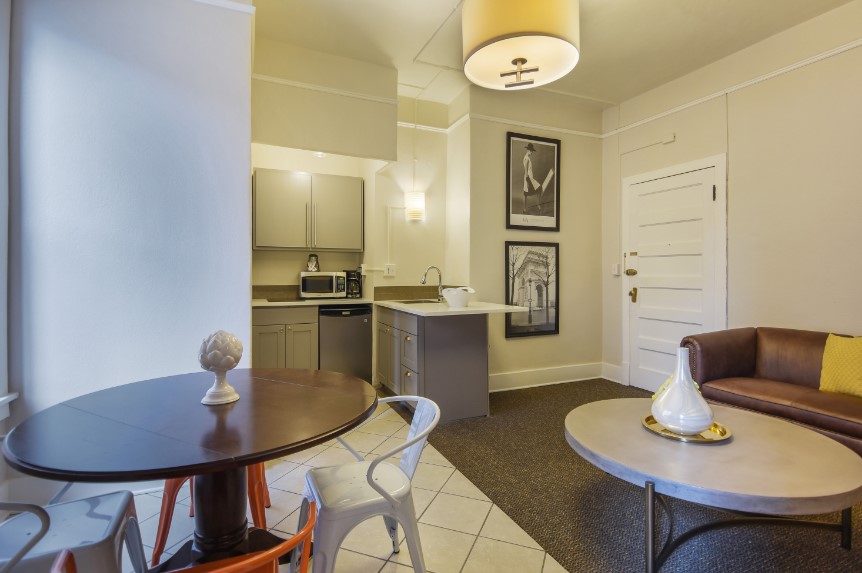 At the budget end of the scale yet close to Pike Place Market, the rooms at the Moore are mainly basic (with a few exceptions) and definitely aimed at the younger traveler. If you accept that, then you can stay close to downtown Seattle for a real bargain rate, even for the rooms with private bathrooms. Even cheaper are those which share a bathroom, but there are also suites in the Moderate price range.