Lighthouses of the Pacific Coast 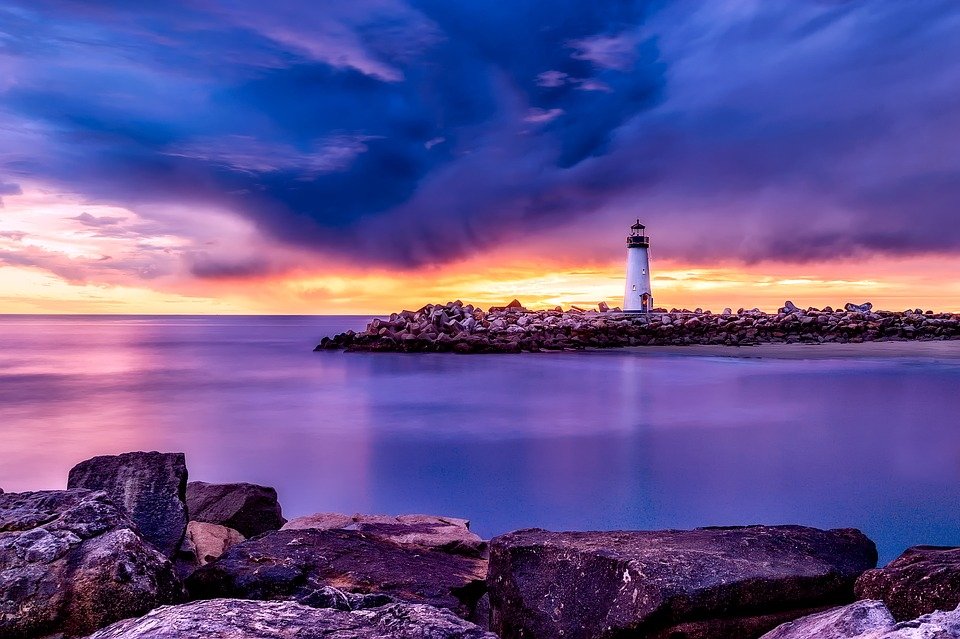 Lighthouses of the Pacific Coast is one of the most fascinating, well-written, and well-photographed books about the coast that we’ve seen in a long time. It isn’t specifically about the Pacific Coast Highway, of course, but take a road trip up or down PCH and you’re sure to come upon some of these impressive lighthouses.

Some are historic buildings, some are in really striking and dramatic settings, some even have accommodations that you can stay in, and this book is a very entertaining tale that covers the building of them, the history, the science - and the characters that have lived in them.

First Lighthouses of the Pacific Coast 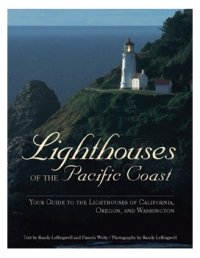 It was interesting to learn that the first Public Works Act in the USA was the Lighthouse Bill of 1789. Lighthouses didn’t come to the west coast until the middle of the 19th century. This was after the US took possession of California from Mexico in 1848 and the subsequent discovery of gold near Sacramento.

There was a very real fear of a foreign invasion through the main harbor at San Francisco, so lighthouses were built to help protect the Bay area. The first lighthouse along the Pacific Coast was at Alcatraz, and it was lit on 1st June, 1854. The building of it was accompanied by political scandal, showing that things never change.

The authors (Randy Leffingwell and Pamela Welty) really bring these exciting times alive through their writing. Leffingwell also took the wonderful and very varied photos that make up this handsome paperback coffee-table book that runs to 176 pages. The only criticism we had was that the book would have benefited from a map, showing the lighthouse locations.

Other Aspects of West Coast Lighthouses

The book opens with a fine piece of writing, a vivid description of the excitement and the problems of an urgent repair job on the lighthouse at Cape Flattery. All lighthouse repairs are urgent - those lights have to stay lit.

Later in the book the authors explore other aspects in the life of a lighthouse - the lenses, the lights, the fuels they use, the finances of running a lighthouse, even down to the pensions for former lighthouse keepers. They’re all part of the bigger picture of keeping those lighthouses running.

So what do lighthouses have to do with the establishment of the US air mail service? The authors, having done their research thoroughly, let us know. The service was set up in 1918, and tragically seven out of the first ten airmail pilots died while doing their work. It’s the facts and human interest stories like this that make Lighthouses of the Pacific Coast such a good read.

Staying in a Lighthouse

For anyone who wants to stay in a lighthouse, a box on page 140 lists those with accommodation options. The Appendix at the back of the book then lists all lighthouses in alphabetical order with a potted history, latitude/longitude, opening hours and driving directions.

To sum up, Lighthouses of the Pacific Coast is a surprisingly lively and enjoyable read, with hundreds of dramatic color photos, and is a fine tribute to these historic west coast buildings.