Depoe Bay is on the Oregon coast, a little village that's noted for whale-watching, for its spouting horns, and has the smallest navigable harbor in the world. 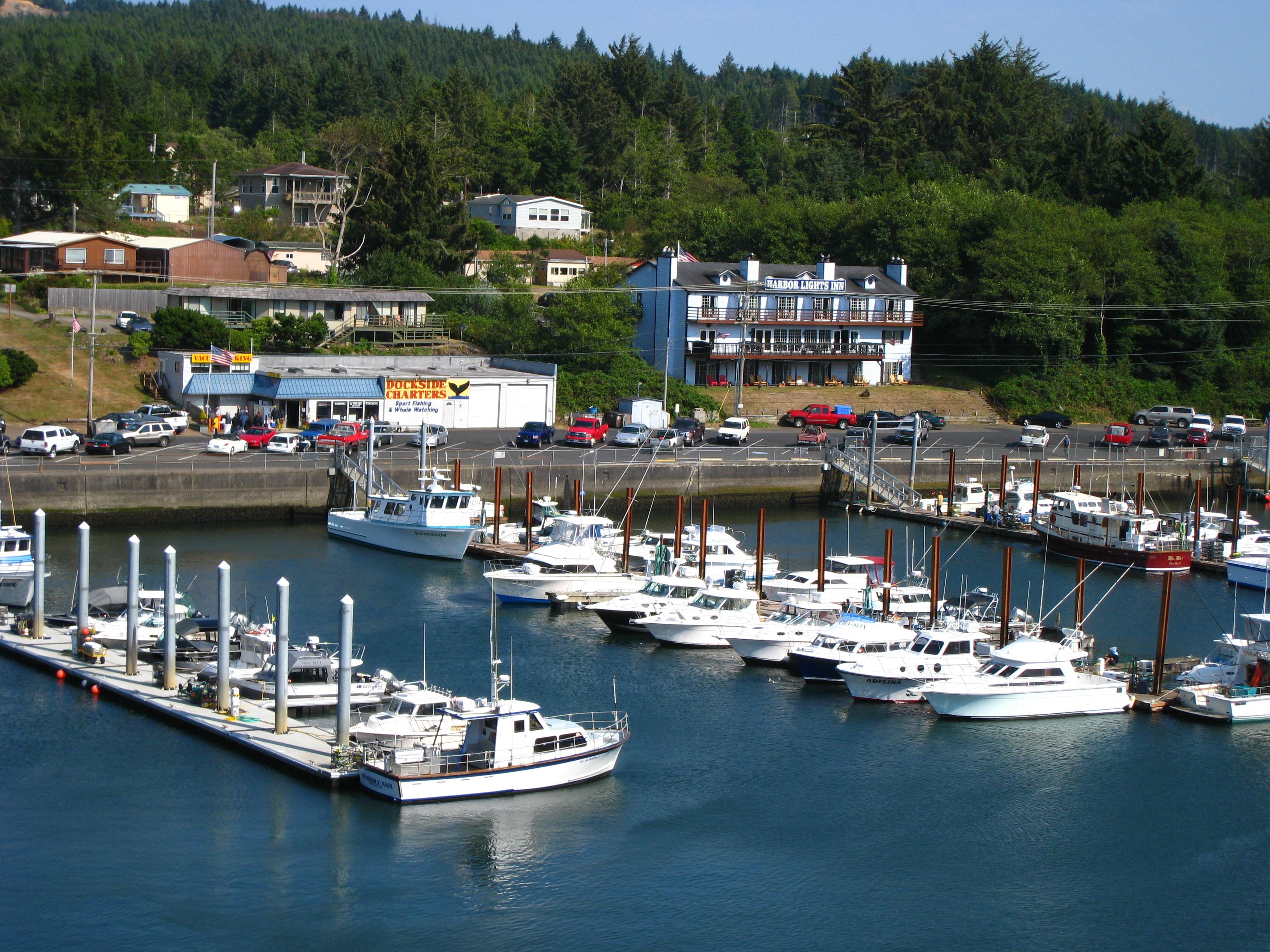 Depoe Bay is a small town on the Oregon coast with some big claims to fame. It has the smallest navigable harbor in the world, and is also one of the best places along the coast for whale-watching. In addition, it has an unusual natural phenomenon known as spouting horns.

Depoe Bay's population is less than 1500, and it makes a great place for an overnight stop. It has real character, and the coast either aide of it is spectacular. It's also the only town along the Oregon coast which has a sea wall running the length of the downtown area, meaning you can shop or dine without losing sight of the ocean. 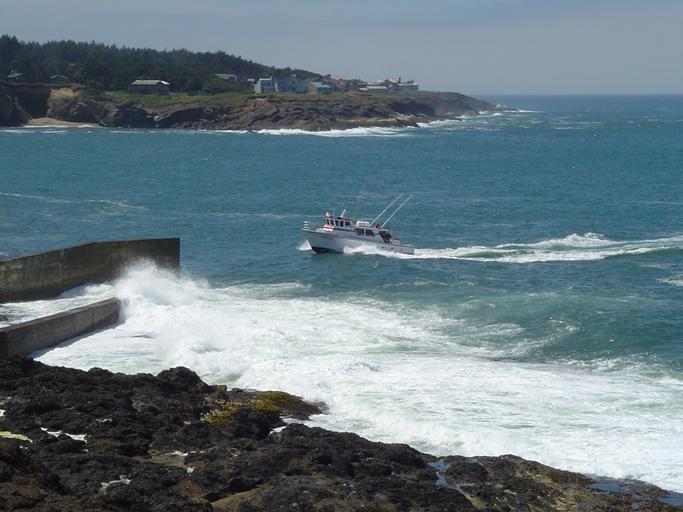 Where is Depoe Bay? 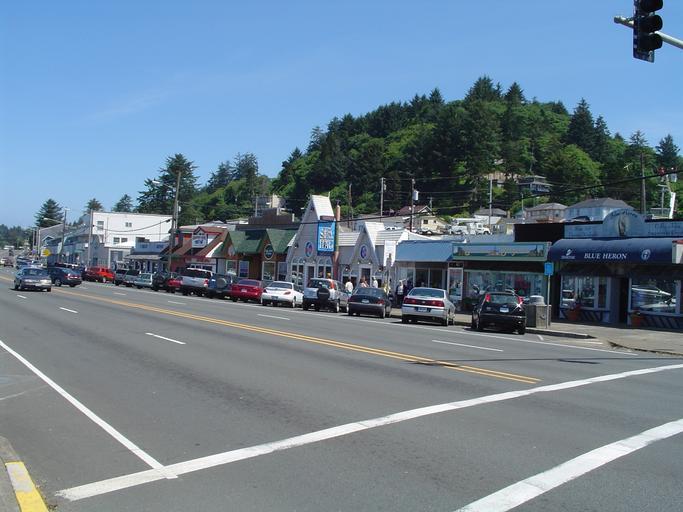 The harbor at Depoe Bay covers just 6 acres (2.43 hectares), and locals claim that this makes it the smallest natural navigable harbor in the world. This may or may not be true, but no-one has come along to dispute it so the record stands.

It's a picturesque little harbor and the Pacific Coast Highway goes right over the entrance to it. It is literally a case of blink and you'll miss it. 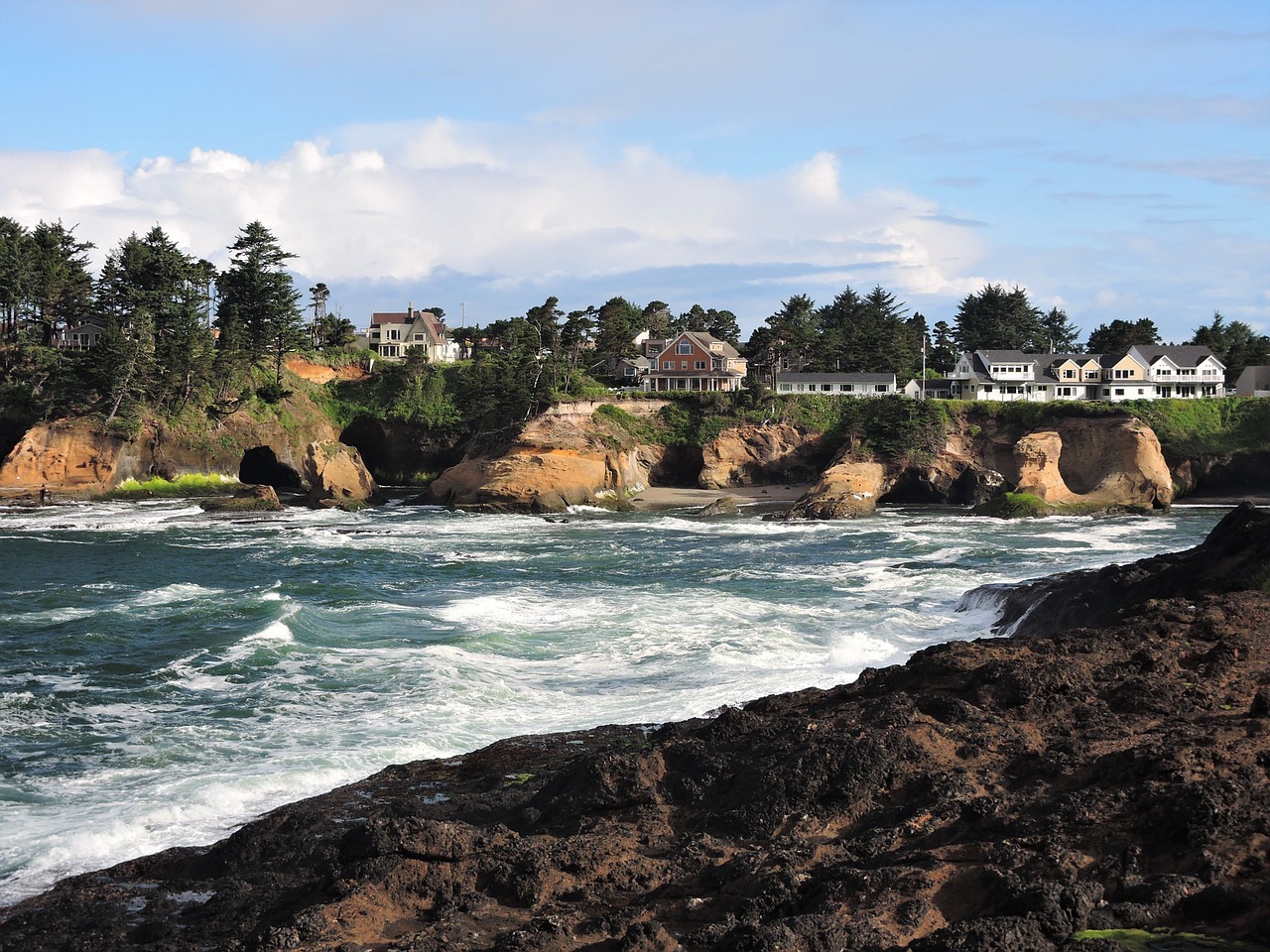 Depoe Bay calls itself 'The Whale-Watching Capital of the Oregon Coast'. It can justify this claim because every year from March through to December a pod of gray whales settles off the coast near Depoe Bay and are usually easily visible from the shore.

There's a Whale Watching Center too, which is on the north end of the bridge over the entrance to the harbor. You can also take a whale-watching boat trip if you want to get a close-up view of them. 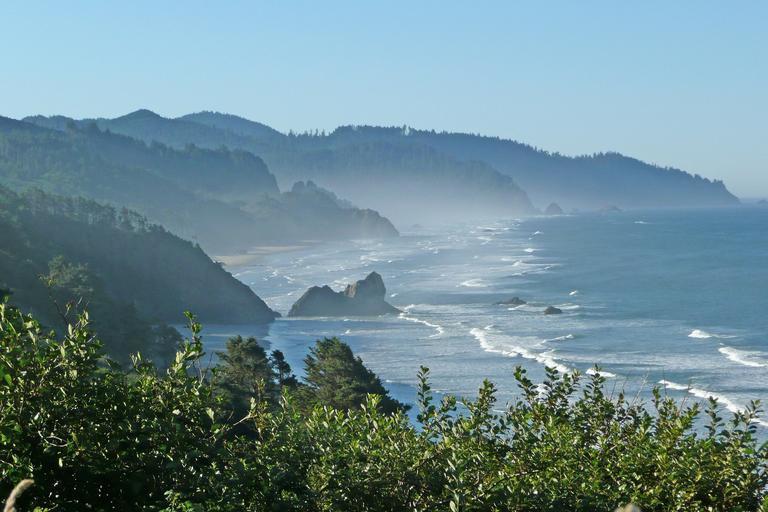 If the weather is bad when you're in Depoe Bay, it will at least give you a better chance of seeing the local phenomenon known as spouting horns. There are lava beds along the coast here, and incoming waves go underneath these and when pressure builds up you get spouts of water. These can reach as high as 60 feet (18 metres) and are more common when the weather is rough and the sea is wild.

The fishing boat sequence in the Jack Nicholson movie One Flew Over the Cuckoo's Nest was filmed in Depoe Bay.

There's a choice of eating places and a range of accommodation, too, from guesthouses to hotels, with weekly rentals and an RV park as well. Some of the accommodation is right on the shore, enabling you to go whale-watching without leaving your room. 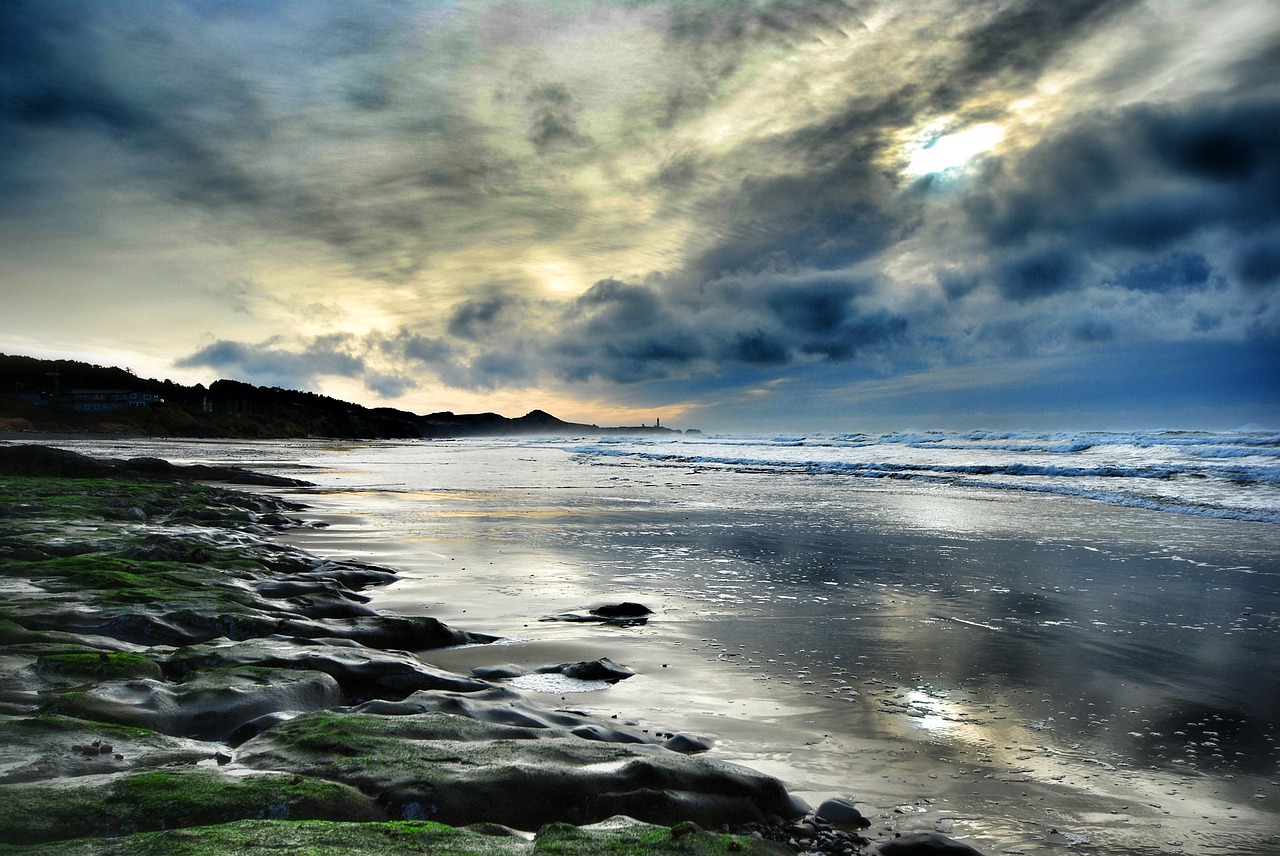