Florence is a small city on the Oregon coast, famous for its nearby sand dunes and sea lion caves, and with the Pacific Coast Highway going right through the centre. 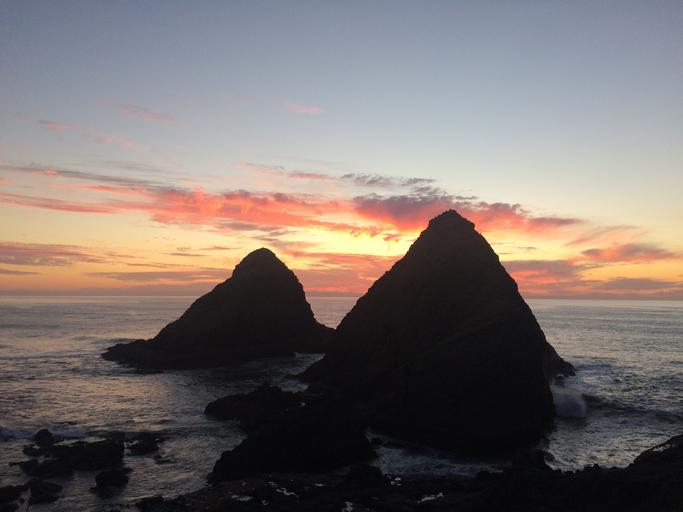 The Oregon Coast near Florence

Best Things to Do in Florence

The Darlingtonia State Natural Site is about 5 miles (8 kms) north of Florence, on the Pacific Coast Highway. It gets its strange name from a strange plant, the Darlingtonia californica. Also known as the California pitcher plant, cobra lily, or cobra plant, it's native to northern California and Oregon and is carnivorous. 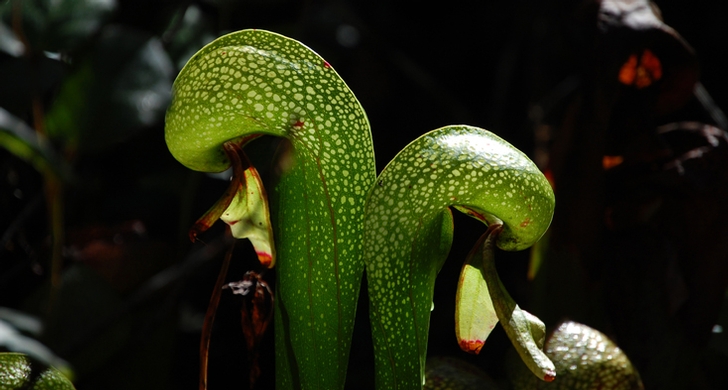 You Can See Why it Gets Called a Cobra Lily

The plant attracts insects with its nectar, and once they're inside the insects get confused by fake 'exits' that draw them further into the plant, and they eventually get trapped by downward-pointing hairs. This is the only Oregon state park dedicated to the protection of a single plant species. The best time to see them is late spring and early summer. 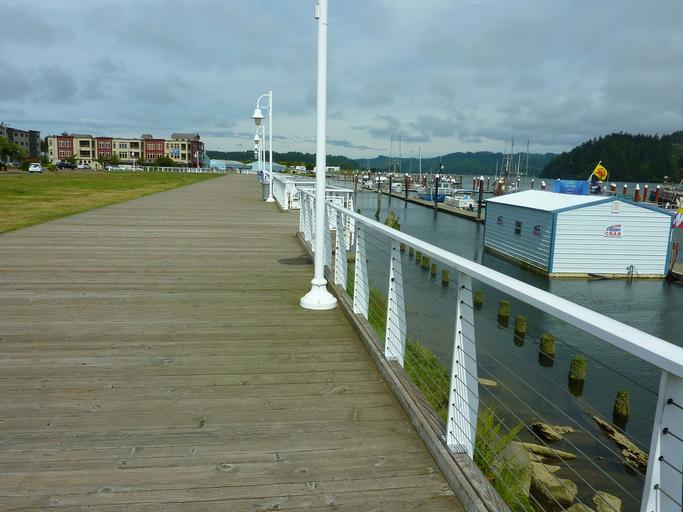 The Boardwalk and Marina in Florence

On the north side of the landmark Siuslaw River Bridge (see below), take a left or a right off the highway, find somewhere to park and walk around. This not only gives you chance to get a better view of the historic bridge, it puts you right in Florence's charming Old Town, with all of its historic buildings too. There are lots of good little eating places as well, if you're hungry: real good old-fashioned local cafes, bars, and restaurants. 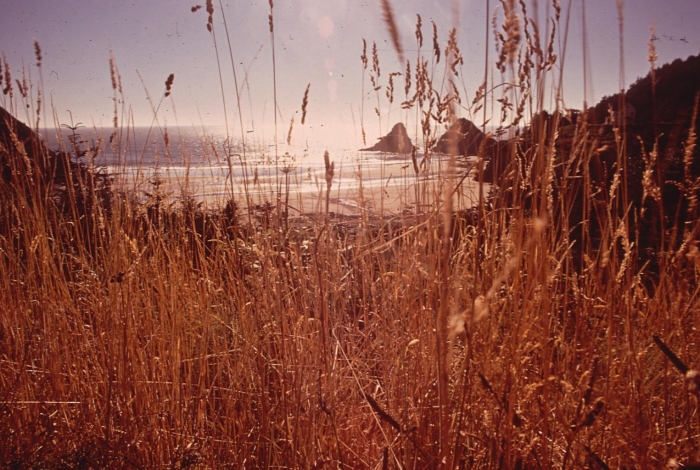 About 12 miles (19 kms) north of Florence, and just north of the Sea Lion Caves, is Heceta Head and the Heceta Head Lighthouse State Scenic Viewpoint. You should definitely pull off the highway, not only to see the lighthouse but because you also get fantastic views along the coast. The lighthouse was first used in 1894 and is said to be one of the most photographed lighthouses in the USA. 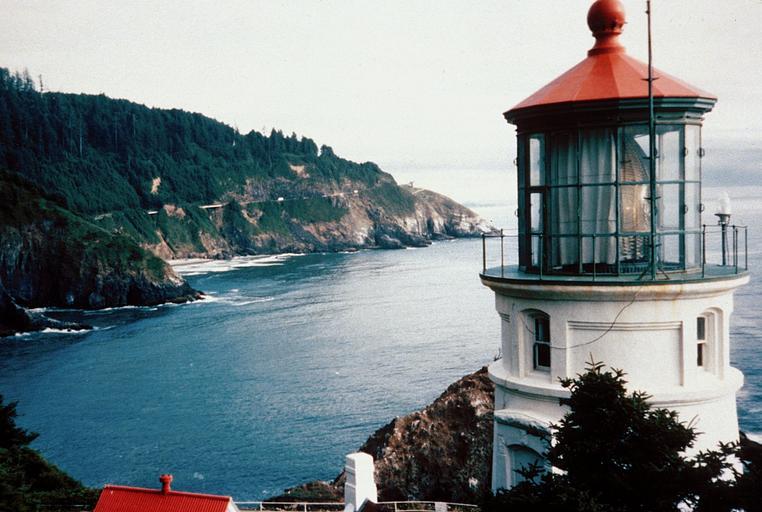 There is an interpretive center there, but opening hours depend on the availability of staff. You can tour the bottom of the lighthouse but need to check the schedule first by visiting the website.

You can also stay in what used to be the light keeper's house, Heceta House, for a very unusual accommodation experience. It's now an attractive b&b but with only six rooms you'll need to book ahead. It's also said to be haunted, so be prepared. 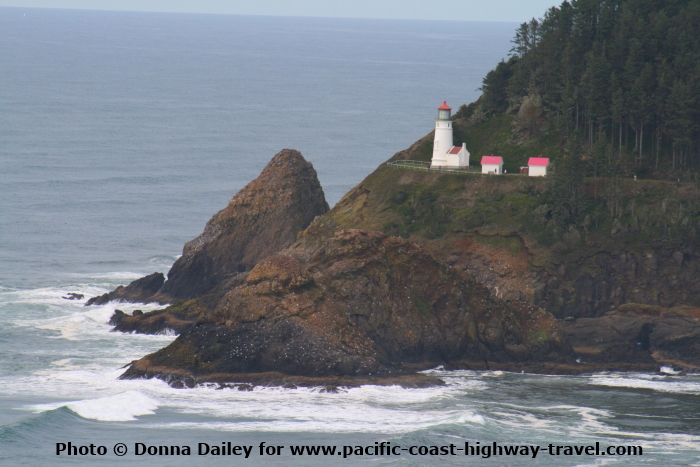 The Jessie M. Honeyman Memorial State Park, to give it its full name, is about 3 miles (4.8 kms) south of Florence and is right off the Pacific Coast Highway so you can't miss it. It has a large campsite with hook-ups, camping spaces, and ten yurts (five of them pet-friendly). There are hiking trails and huge areas of sand dunes between the park and the ocean. The park also has two freshwater lakes, one good for swimming and the other with canoe rental and a boat ramp. 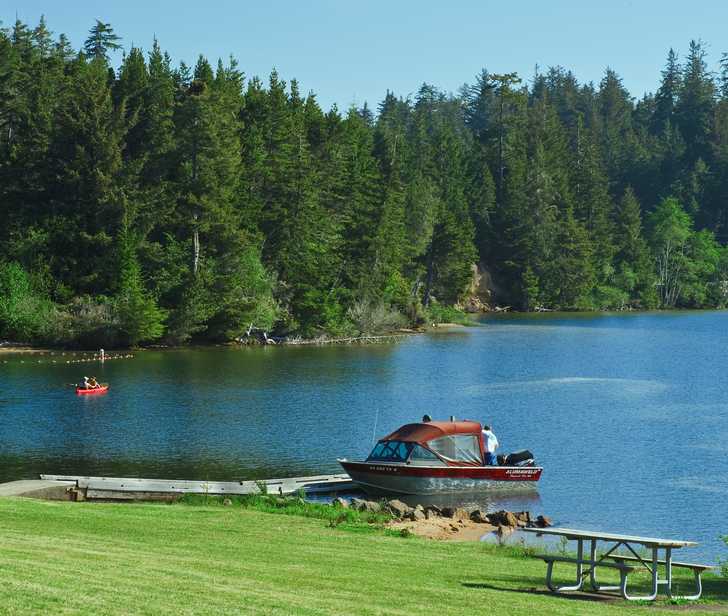 In April and May the park bursts into color thanks to the large numbers of rhododendrons there are. In fact Florence holds a Rhododendron Festival on the third weekend of May in the Old Town, a great time to visit but book your accommodation well ahead. 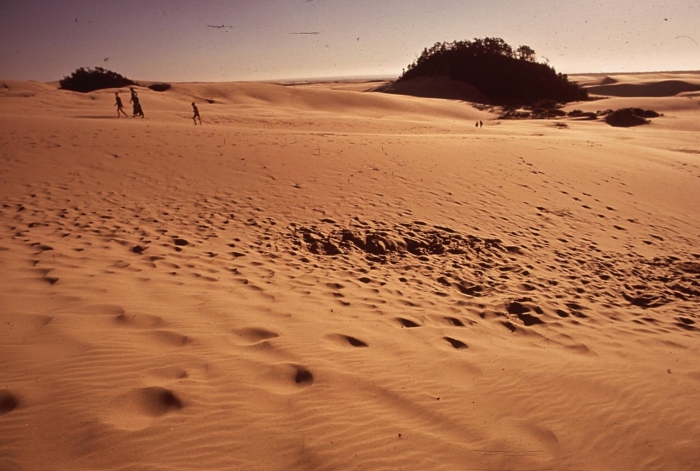 This amazing natural wonder stretches for about 40 miles (64 kms) alongside the Pacific Coast Highway south of Florence. It's the biggest area of coastal sand dunes anywhere in the United States, and there's so much to do and see here we recommend stopping first at the Visitor Center, which is just south of where Highway 101 crosses the Umpqua River. They can advise you on where you can drive to, where you can walk, where you can't walk, and so on. 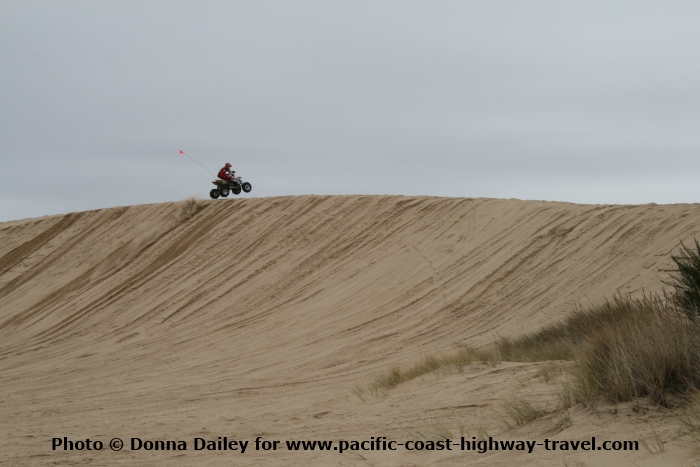 If you've got any time at all we definitely recommend booking a ride with a driver in a dune buggy. We went with Spinreel Dune Buggy Rentals.and it was one of the most fun things we've done on our drives along the Pacific Coast Highway. It really gets you out into the dunes to experience the wonder of them. 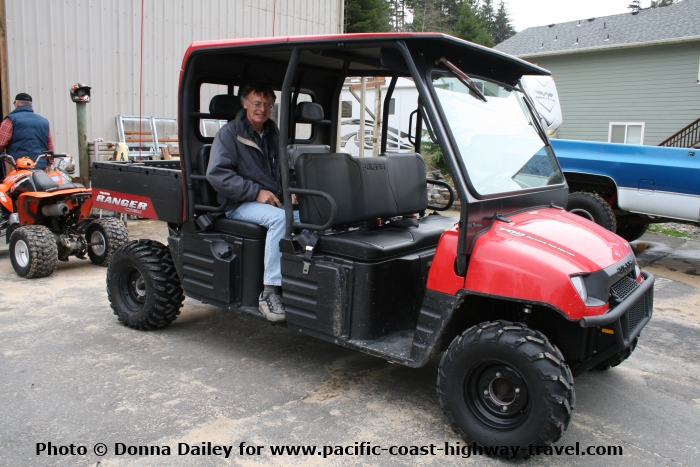 Mike in Our Dune Buggy

See our separate review of the remarkable Sea Lion Caves, which stand right on the Pacific Coast Highway about 10 miles (16 kms) north of Florence on the way to Yachats. We think they're an essential stop on any PCH drive. 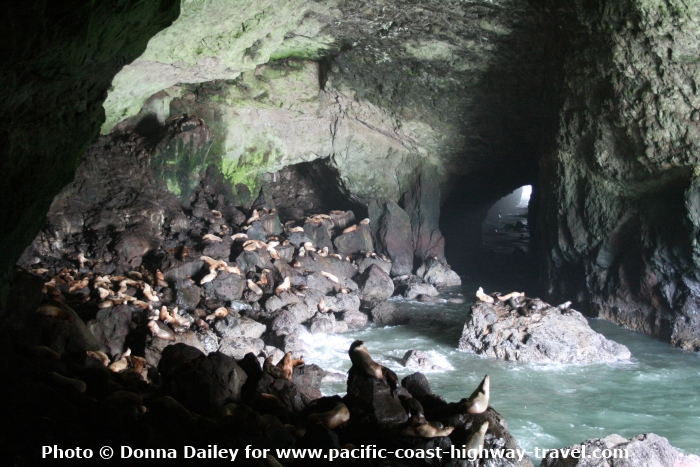 Another reason for stopping off and exploring the Old Town of Florence (see above) is that it also enables you to visit the Siuslaw Pioneer Museum. It's in a schoolhouse that dates from 1905 and has a good collection of artefacts about the local area over the centuries. 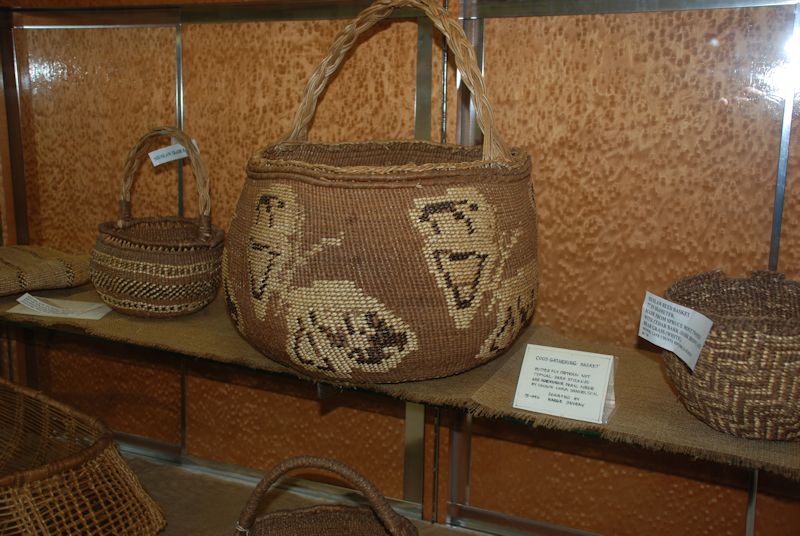 In the Native American Room

There's a room devoted to the local Native Americans, including old photos and craft items. Other displays cover old sewing machines, historic business equipment (fascinating to compare with life today!), and domestic life from the 1800s through to the 1970s. It's the kind of display which will have you saying: 'I remember grandma had one of those.' 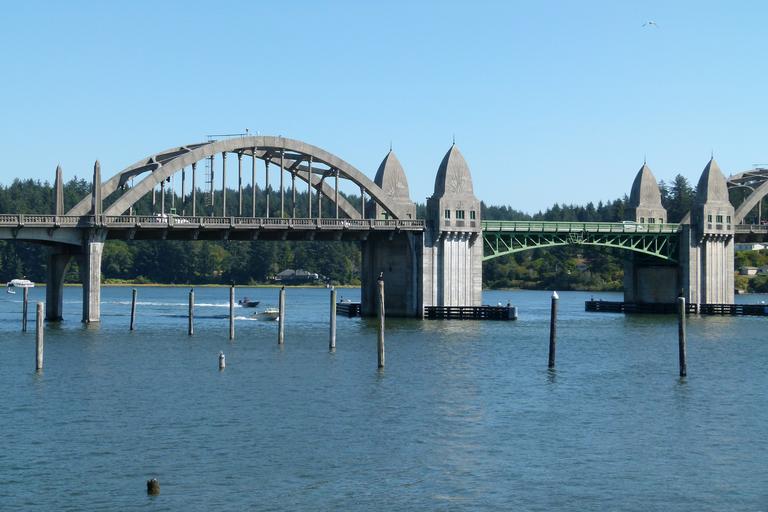 It's a remarkable feat of engineering, and it has four art deco-style towers, one of which has living accommodation for the bridge operator. If you visit the Old Town you can call in at the Interpretive Center, which is at 1252 Bay Street.

Where to Stay in Florence