Tillamook in Oregon is prime cheese and dairy country with the County Creamery and Blue Heron French Cheese Company among the visitor attractions. 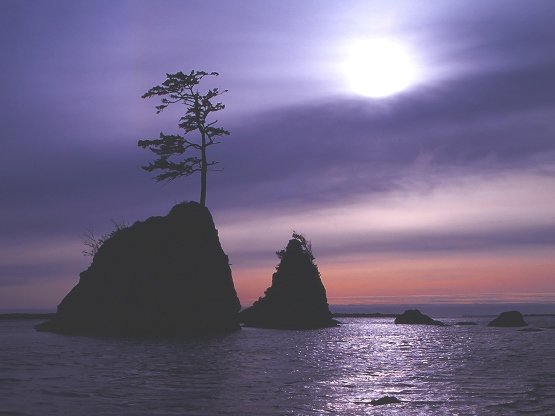 They say it's either raining in Tillamook (over 100 inches a year) or about to rain. That's what gives the area a fertile, green look, and is why it's one of the region's main manufacturers of cheese and other dairy products. In fact touring two of the town's cheese factories is among the visitor attractions here.

Another of Tillamook's quirky claims to fame is that it's the site of the largest wooden building in the world, now housing the Tillamook Air Museum. It was built by the Navy in 1942 as one of two hangars to store the huge blimps that patrolled and protected the Pacific Coast. The other hangar burned down in 1992.

By far the best attraction here, though, is the wonderfully scenic drive known as the Three Capes Loop (see below). This is an absolute must, and give yourself plenty of time to stop at all three capes, and other places along the way.

The name of Tillamook, incidentally, comes from the Native American Tillamook people, who lived here till the early 19th century.

Things to Do in Tillamook

Blue Heron French Cheese Company
2001 Blue Heron Drive
Open every day for free tours, this company specialises in French-style cheeses, as the name tells you. As well as the enjoyable factory tour, there are wine and cheese tastings, a deli, a gift shop selling all kinds of fine Oregon produce (not just cheeses) and a petting zoo to keep the children entertained. It's signposted off US101.

Tillamook County Pioneer Museum
2106 Second Street
This small museum is only open in the summer, housed in the 1905 Tillamook County Courthouse. It tells the story of the town from the Native Americans through the pioneers to its military usage, with displays on the wildlife too. Not an essential visit if time is tight, but enjoyable enough for a rainy day – and there are plenty of those here!

Three Capes Loop
This 35-mile loop off the Pacific Coast Highway is one of the best drives you'll find along the whole west coast. It runs from Tillamook to Pacific City, and as the name suggests it takes you past three dramatic capes: Cape Meares, Cape Lookout, and Cape Kiwanda.

Allow time to visit the Cape Meares State Park and the Cape Meares Lighthouse, which is open to the public in summer and which gives good views of the sea-lions here. Then eight miles further on at Cape Lookout State Park there's a trail through cedars and giant spruces to a Wildlife Viewing Area, a good spot for seeing whales in about April. Finally there's the Cape Kiwanda State Natural Area, where you'll find surfers and hang gliders, and the dramatic Haystack Rock, which everyone wants to photograph.

Tillamook County Creamery
Free tours of the largest cheese-making factory on the Pacific Coast take place every day. Here you can see them make Monterey Jack and other cheeses – and ice-cream too! There are also free samples at the visitor center, and a chance to purchase of course. You'll find it about two miles north of Tillamook, on US101.

Tillamook Air Museum
6030 Hangar Road
Just south of Tillamook turn east on Long Prairie Road and then look for signs for the Naval Museum. The building is 20 storeys high, so hard to miss. Inside the world's largest wooden building is one of the world's biggest private collections of World War II aircraft. It's a 'must-see' if you're interested in planes or military history. 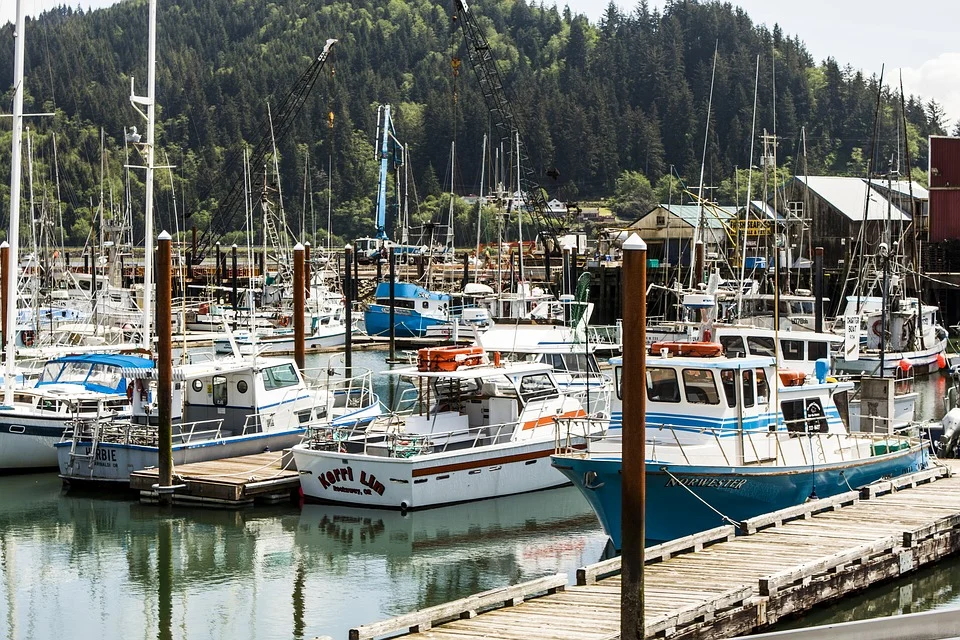 For more information on Tillamook see the website of the Tillamook Area Chamber of Commerce.

Where to Stay in Tillamook