Various newspapers, magazines and websites have recently been picking their Best West Coach Beaches, their Best Beaches in the World, or their Best California Beaches, so here at Pacific Coast Highway Travel we decided to pick the best of the best. 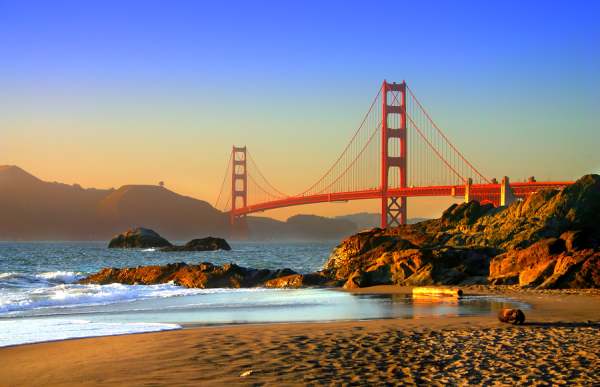 Best Beaches in the World

Chosen by The Guardian. Over the years various stuff that got dumped into the sea washed up here because of the tides, but a clean-up operation left the beach looking quite magical, with colorful items glittering among the natural rocks and stones.

Coronado Beach, San Diego, California
AARP has chosen its 12 Best Beaches in the World and they rate this west coast beach near San Diego as one of them for its white sand, gentle surf and almost perfect climate. 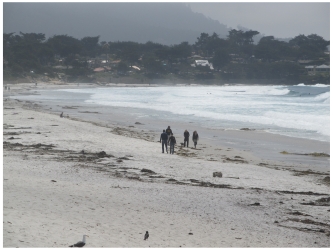 We've reviewed several excellent Moon guidebooks for the Pacific Coast Highway (see our Book Reviews page) and recently Moon chose its Best California Beaches and among the top choices for different reasons are:

Carmel Beach for scenery and sunsets.

Coronado Beach for families and sunsets.

Morro Rock Beach for photos and surfing (and wildlife, we would add). 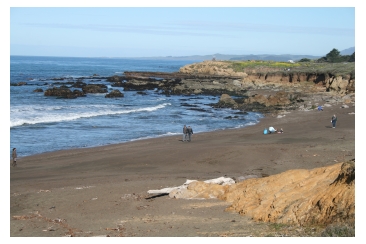 Moonstone Beach in Cambria, One of the Best Beaches in California

The Thrillist website also listed its Best Beaches in California, and they include:

Carmel Beach, for sunsets and scenery, but not swimming, which you can't do because of the riptides.

Moonstone Beach, Cambria. 'Where you go when you want to get away.' Agreed!

So, those are the Best West Coast Beaches and the Best California Beaches, according to people who have done their homework. We have no arguments, and you can see that some are listed more than once -  so definitely make time on your Pacific Coast Highway drive for Coronado, Santa Monica, Carmel, and Pfeiffer Beach in Big Sur.