San Francisco sightseeing tours can be by helicopter, walking, eating in Chinatown, touring the gay area, tours of Haight-Ashbury, or bay boat trips to the Golden Gate Bridge and Alcatraz.

In the swinging 1960s, San Francisco's Haight-Ashbury district was renowned for people taking trips, and visitors taking a more conventional trip to the city today can still book a Flower Power sightseeing tour. There are also helicopter tours, tours to sample the food in Chinatown, Gray Line bus tours, historical walking tours, gay tours, and boat tours around the famous bay. Some of the best San Francisco sightseeing tours include the following. 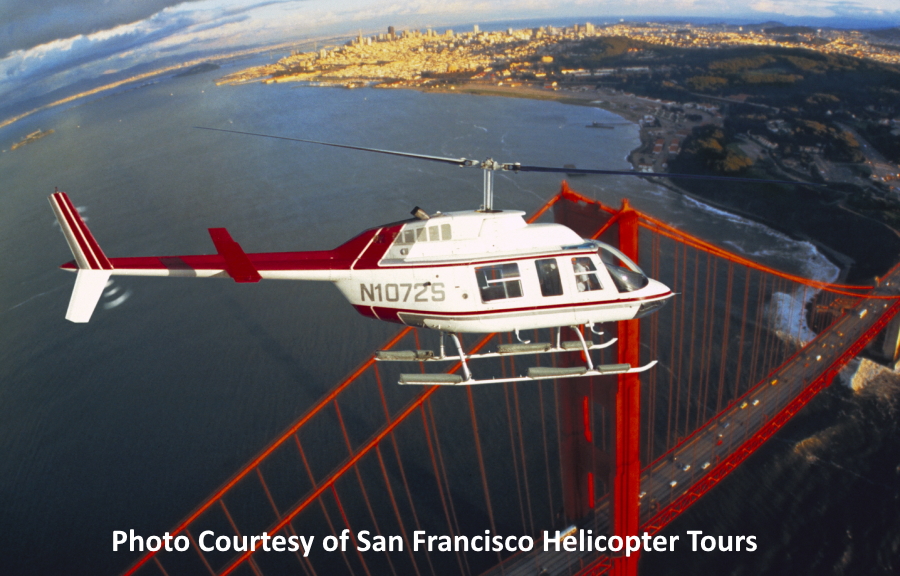 San Francisco Helicopters offer the chance to see Alcatraz, the Golden Gate Bridge, and other San Francisco tourist attractions as they've never been seen before – on an exciting helicopter tour complete with choreographed music. Or combine a chopper ride with dinner on a yacht in San Francisco Bay – or a trip out to Napa Valley.

A range of boat tours which take visitors under the Golden Gate Bridge and out to almost touch Alcatraz are available from the Blue and Gold Fleet. They operate out of Pier 39 at Fisherman's Wharf and also offer high-speed 30-minute RocketBoat tours.

Also on Fisherman's Wharf at Pier 43½ are the Red and White Fleet with Golden Gate Bay Cruises, California Sunset Cruises, and others. Boat trips around the bay are among the most popular of San Francisco sightseeing tours, and rightly so. Don't miss it.

Cruisin' the Castro was founded in 1989 and offers historical walking tours of San Francisco's main gay district, the Castro, as well as special Harvey Milk tours, including Harvey Milk's former residence, and the City Hall where he was California's first openly gay politician, and was eventually tragically murdered. 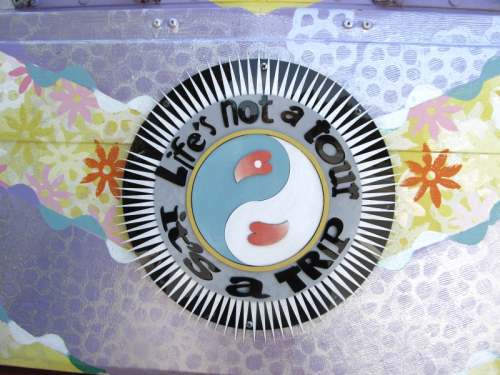 Take a Music Trip on the Magic Bus

Some of the Chinatown Tours Available

Check the Wok Wiz website for details of what the New York Times has called "One of the best tours in San Francisco". There's a choice of tours, ending with or without a dim sum lunch, and all taken by Chinatown residents who really know their stuff. Explore not just restaurants and food stores but architecture, herbalists, temples, shops, and Chinatown's own Farmers' Market. There's also a totally food-focussed tour, called I Can't Believe I Ate My Way Through Chinatown. Delicious!

Try the San Francisco Historical Walking Tours, led by long-time resident Jay Gifford or his colleague Shonna Sinclair, who's lived in the city for almost 25 years. They'll show you Pacific Heights and Cow Hollow, where tour buses are not permitted, and you'll get to see the outsides and insides of some of San Francisco's fabulous restored Victorian homes.

Two of the Many Gray Line Bus Tours Available

The Gray Line company has a choice of city tours, some with lunch or a bay boat trip included, some without, some Deluxe bus tours, and others to places around the city like the Wine Country. They also have a range of tours in several foreign languages: French, Spanish, Japanese, Italian, German, and Korean.