Sonoma County is so associated with wine that it's easy to overlook the fact that there are also Sonoma County distilleries and cideries, and a whole host of craft breweries too. 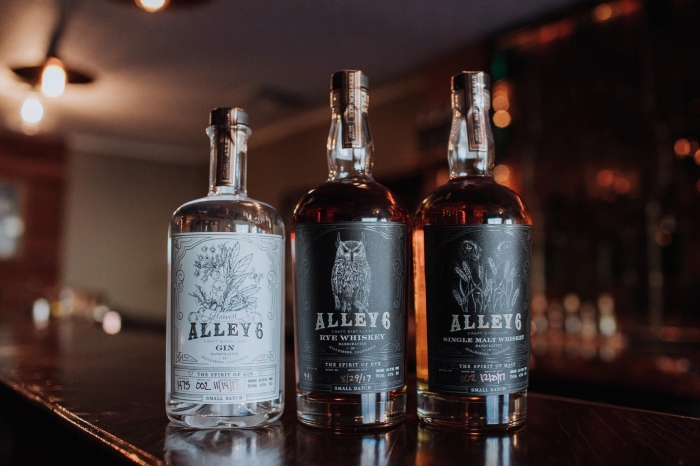 Alley 6
Photo by Gretchen Gause Photography and Used with Permission

Here's an alphabetical list of the main distillers in Sonoma County, what they make and whether they're open for visits. Although we give current hours, it's always best to check the website or phone them to make sure these haven't changed. If you know of any we missed or a new one opening, please let us know.

This small-batch craft distillery was founded in 2012 by Krystle and Jason Jorgensen. The couple developed an interest in craft winemaking and brewing after moving to California, and then a trip to Scotland changed the course of their lives when they fell in love with Scotch whisky. Their flagship spirit now is a rye whiskey but they also produce a range of single malts, a Harvest Gin that's distilled from grapes, and their own range of bitters too. They're open for tastings and tours on Saturday and Sunday from 11am-5pm, or Monday-Friday by appointment.

Michael and Jenny Griffo opened this small-batch distillery in Petaluma in 2015, though they'd first had the idea eight years earlier. They wanted to do something where they could work side by side and build a business that would be part of the community. Distilling provided the answer. Today they make primarily gin and whiskey, but they flex their creative muscles with one-off limited-edition projects such as a gin aged in chardonnay barrels or a whiskey distilled from a Golden Belgian Ale. Some of these you can only get at the distillery, which is open for tastings and tours Thursday-Friday 4pm-8pm, Saturday 12.30-8pm and Sunday 12.30-6pm.

The Folks behind Prohibition Spirits

Fred and Amy Groth took quite a journey before they ended up running a distillery in Sonoma. They visited the area a lot while they were living and working in Boulder, Colorado. From Boulder they also loved visiting Italy, where they fell in love with the Italian spirit, limoncello.

They were both in jobs that demanded long hours and lots of away-from-the-family travel, and developed this idea to introduce limoncello to Sonoma County. 'Everyone thought we were nuts,' Fred says, when they decided to move to Sonoma and open a distillery.

They now make over 30 products, including their HelloCello! limoncello, and a range of whiskies, rums, gins, and brandies. They also make a few specialist spirits such as grappa and a Sonoma moonshine. You can taste some of these at their tasting room which is open 10am-5pm every day.

Brothers Christopher and Brandon Matthies are busy guys. As well as running this distillery, Brandon is also a Police Officer and Christopher a Firefighter Paramedic. Their wives Kelly and Tarryn also help out, and between them they produce vodka, gin, bourbon, rye whiskey and white whiskey, along with an annual limited release apple brandy, with a grape brandy in the making. If you want to sample their spirits then their tasting room is open Thursday-Sunday 11am-4pm, or by appointment only on other days of the week. 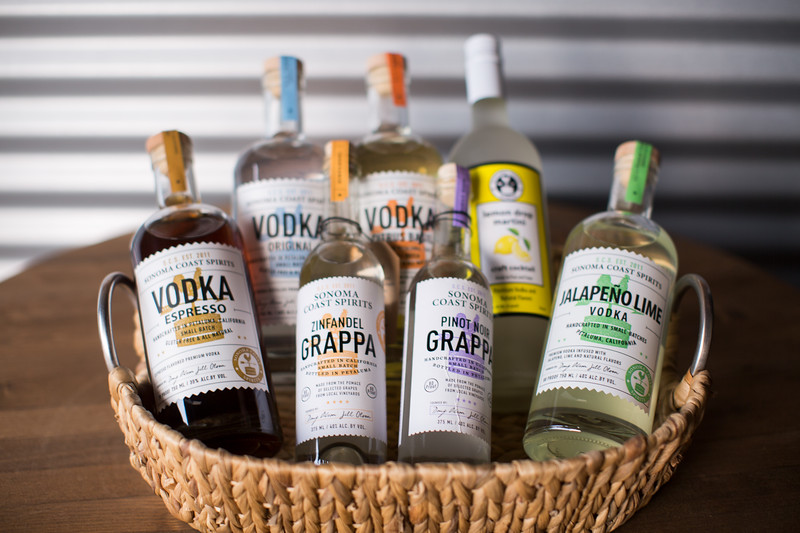 Doug and Jill Olson founded their Petaluma distillery in 2011, and are now producing a fascinating range of spirits. Their Citrus Basil Vodka and Jalapeno Lime Vodka were both chosen as Oprah's favorites in the Oprah Magazine. Quite the honor. They also make an Espresso Vodka, a Sweet Ginger Vodka, and a plain old straight vodka.

Their range also includes a grappa made from zinfandel grapes, and some ready-made cocktails such as a Pomegranate Cosmo and a world award-winning Lemon Drop Martini. The distillery isn't open for regular tours and tastings but they're happy to show people round if you make an appointment first.

This distillery was founded in 2010 by Adam Spiegel, who developed a love for spirits and distilling while helping a distiller friend make whiskey in Santa Rosa. He improved his skills by working with other Master Distillers and Blenders, and on the way he also developed his grain to glass philosophy. He still focusses on whiskies, producing a rye and a wheat whiskey, along with a West of Kentucky bourbon.

The distillery isn't open for regular tours and tastings but you can join their mailing list for news of when they're holding special events and tastings. 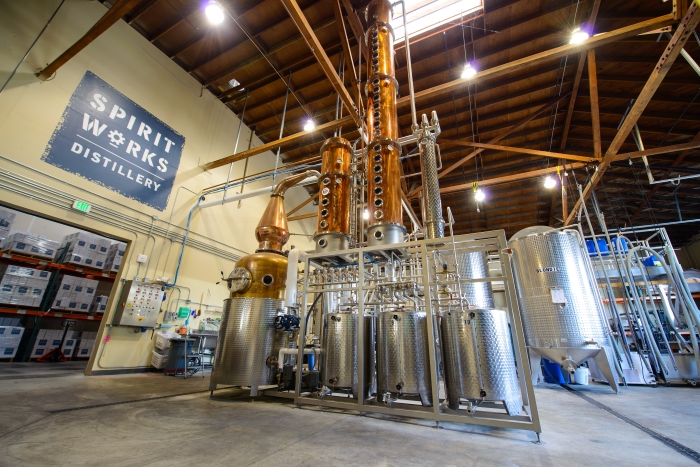 Timo and Ashby Marshall are a husband-and-wife team, with Timo coming from the west country in England, and Ashby being a west coast California girl. Timo's family used to make sloe gin so now he continues that tradition with sloe gin being one of their grain-to-glass spirits. Others include vodka, a regular gin, a barrel-aged gin and a very unusual (if not unique) barrel-aged sloe gin, as well as rye and wheat whiskies. The tasting room is open Wednesday-Sunday 11am-5pm and distillery tours (with a tasting, of course) are Friday-Sunday at 5pm. 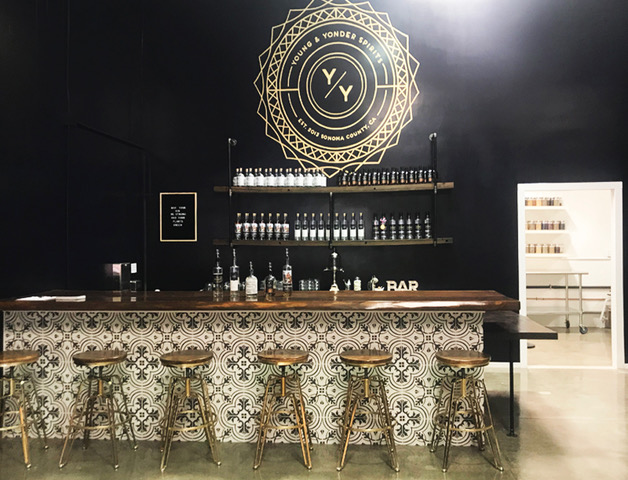 This is yet another distillery run by a husband-and-wife team, in this case Josh and Sarah Opatz. They left their careers behind in San Francisco and took the plunge to go into business together and open a distillery. Sarah's MFA in graphic design means she gets to do all the labels and packaging, as well as being bartender and a distiller alongside Josh, who's the son of a winemaker.

Their spirits include vodka, gin, bourbon, absinthe, and a vodka infused with Persian limes. Their tasting room in downtown Healdsburg is open Thursday-Sunday noon-6pm.