There are plenty of Ventura bars, breweries, brewpubs and pubs to enjoy, not to mention one of the biggest beer festivals in California. 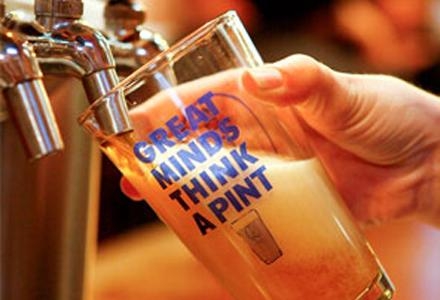 In Ventura, beer culture spreads beyond the confines of the tap rooms into philanthropy and community, creating an inviting destination for beer-enthusiasts near and far.

VENTURA PROVIDES A RICH, HOPS-FILLED DESTINATION
FOR THE BEER LOVER IN EVERYONE

Beer lovers will go quite a ways for a good brew, but they might not expect their destination to be tucked away above Los Angeles on the central coast. As the third most popular beverage in the world (bested only by water and tea), beer holds a special place both in history and in the hearts of many communities - and Ventura is no exception to this rule.

Beer culture in Ventura is widespread and diverse, from big breweries with philanthropic tendencies to lively festivals to event-exclusive in-home breweries (all with penchants for philanthropy). Better still, many of Ventura's bars, breweries and beer-inspired destinations are within walking distance of a wide variety of lodging and the plethora of other sights Ventura has to offer. When in search of a fantastic brew, Ventura truly has it all.

FESTIVALS
Any self-respecting beer loving community is honor-bound to have at least one event celebrating the beverage and all that it entails. In Ventura's case, it participates in one of the largest and most iconic festivals in the state.

The event also sponsors a scenic 5k through Ventura that includes a CBF Souvenir Pint Glass and a ticket to the festival immediately following. Access to CBF's Friday evening kickoff event, "Brew With A View Innovational" at the Crowne Plaza is included with purchase of an exclusive 3-day pass to the festival.
Website: www.californiabeerfestival.com
Phone: (805) 351-5650 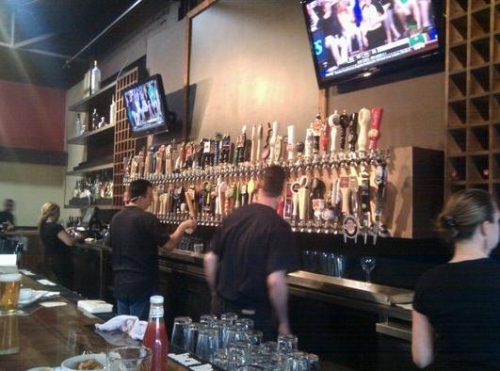 Bigger breweries have an appeal that smaller brew houses do not for larger groups or impromptu beer-centric outings, thanks to their high-capacity tasting rooms.

Anacapa Brewing Company
472 E. Main Street, Ventura CA 93001
Sun-Thurs 11:30 AM - 10:00 PM; Fri-Sat 11:30 AM - Midnight
Conveniently located on Main Street, Anacapa is Ventura's original brewery and restaurant. Anacapa features a new local artist every six weeks and prides itself on its familiar staff and warm décor, making it a great place to meet with friends to catch the game or just to unwind after work. Anacapa serves a selection of their handcrafted ales year-round.
Website: www.anacapabrewing.com
Phone: (805) 643-BEER

Ventura Surf Brewery
4561 Market Street #A, Ventura CA 93003
Tues-Thurs 4:00 PM-9:00 PM; Fri 1:00 PM-9:00 PM; Sat NOON-9:00 PM; Sun NOON-7:00 PM
Located in one of California's most popular surf towns, the Surf Brewery is the only packaging and microbrewery in Ventura County that self-distributes its craft beers in kegs and bottles. The brewery features a large tap room and seating for 70 for tasting fresh brews, with sodas available for those not old enough to partake.

The décor features a plethora of local surf and beer history. Surf Brewery also donates a percentage of total sales (not just profits) to the Surfrider Foundation.   Surf Brewery does not serve prepared food but encourages it's patrons to 'bring their own!'
Website: www.surfbrewery.com
Phone: (805) 644-BREW

Barrelhouse 101
545 E. Thompson Blvd, Ventura CA 93001
Sun-Mon 11:30 AM-10 PM; Tue-Thur 11:30 AM-11:00 PM; Fri-Sat 11:30 AM-MIDNIGHT
Barrelhouse proudly hosts the largest selection of specialty beers on tap along the 'golden coast', with 101 (as the name suggests) different imported and domestic beers flowing on any given day. Featuring a gastro-pub menu ranging from salads and soups to burgers and steak, it is a popular haunt for many of Ventura's beer patrons.
Website: www.barrelhouse101.com
Phone: (805) 643-0906

Social Tap Pub & Grill
1105 South Seaward Avenue, Ventura CA 93001
Mon-Wed 11:00 AM - 10:00 PM; Thu-Fri 11:00 AM - MIDNIGHT; Sat 9:00 AM - MIDNIGHT; Sun 9:00 AM - 10:00 PM
Social Tap Ventura is home to freshly prepared cuisine and over 16 craft beers on tap. Specializing in local flavors and providing customers with a fun-filled atmosphere only steps away from one of the best beaches in Southern California. Social Tap is a destination for locals and visitors alike to enjoy fine American food (with an emphasis on seasonal local ingredients) and a cold, flavorful beverage on a sunny California day.
Website: https://socialtapeatery.com/ventura-location/
Phone: (805) 667-8485 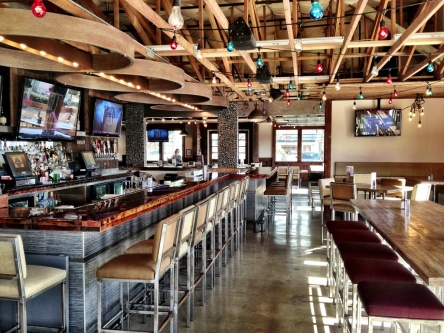 For a more intimate experience, smaller upstart breweries (who may or may not have actual storefront representation) are a wonderful resource to add a unique, local twist to parties and special events.

Lil' Man Brewing
Lil' Man Brewing is an up-and-coming brewery that utilizes fresh local ingredients to create handcrafted and delicious beers. They will be opening a brick-and-mortar location in 2014.
Facebook Page: www.facebook.com/lil-man-brewing

BEER AND THE COMMUNITY

Beer culture extends beyond the confines of Ventura’s bars, breweries, and festivals into the heart of Ventura's community itself, bringing philanthropic spirits and tasty brews to Ventura at large.

The Ventura Beer Experience
The Ventura Beer Experience is a group of local breweries that put on events to raise money for underprivileged youth to gain access to educational opportunities and experiences that would be impossible without outside assistance. (Participating Ventura breweries: Two Trees Brewing Co, Phestival Barrel House, Anacapa Brewing Co, Lil' Man Brewing and the Surf Brewery.)
Website: www.projectexperience.org

VIBE - Ventura Independent Beer Enthusiasts
VIBE is a Ventura organization of beer lovers that does its part to curate a culture of beer appreciation down to its very roots. VIBE operates out of Surf Brewery on the 2nd Thursday of every month, with members bringing a pre-determined particular style of beer to share for feedback.
Website: www.vibebeer.com

This is only a sampling of the many Ventura bars, breweries, beer-related activities and haunts to be found in this surprising beer haven. All in all, Ventura is a goldmine for quality microbreweries and large tap rooms alike, and is a worthy (and refreshing) destination for anyone in search of a good brew in a warm and welcoming community.

Where to Stay in Ventura