The first edition of the Michelin Guide to California is a gourmet's guide to the best restaurants along the Pacific Coast Highway and elsewhere in California. 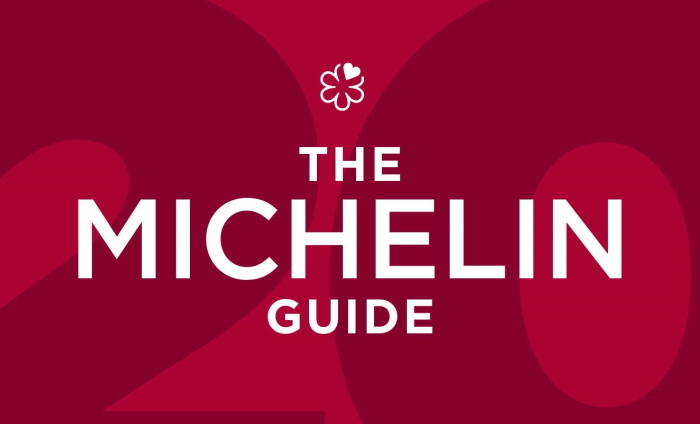 Cover of the Michelin Guide to California

This Michelin guide is the very first to cover the whole of California, and here at Pacific Coast Highway Travel we're delighted to see it. In the past, only the big cities of San Francisco and Los Angeles have had their own Michelin guides, and we know there are so many excellent restaurants along the coast in places such as Monterey, Santa Barbara, Big Sur, and San Diego.

Finally there's a Michelin restaurant guide to the whole of California... well, to Southern California, that is, because this book covers the state from Wine Country to San Diego. There's no room, then, for the highly-acclaimed Ravens Restaurant in Mendocino, one of the best California restaurants we've ever eaten in.

There are some surprising omissions, too. The way the book is divided geographically, there's no chapter that covers Big Sur, so no entry for the highly-acclaimed Nepenthe, which really ought to be in there.

Michelin Guide to the Pacific Coast?

Still, despite a few minor quibbles, this 550-page paperback is going to be a terrific investment for anyone who loves their food and is planning to drive the Pacific Coast Highway, or travel in California's wine country. The cover price of $19.95 (even cheaper on Amazon) is about the same as one cheap entrée, so it's an absolute bargain as it reviews over 660 places to eat.. 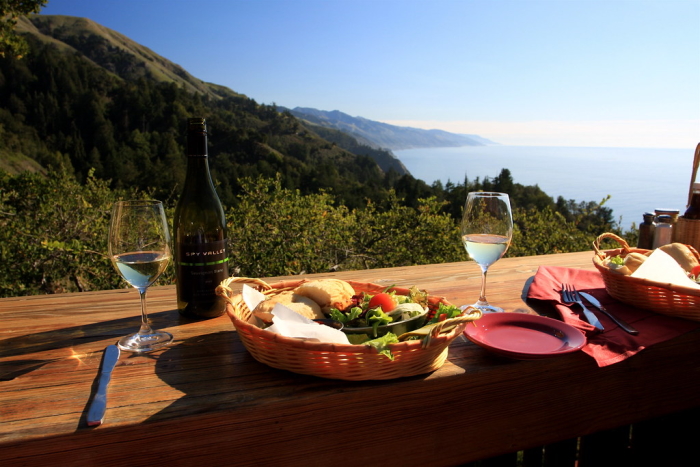 So, where does the Michelin Guide to California cover? It starts with the wine regions of Napa Valley and Sonoma County, then there are separate chapters for Sacramento, Marin County, San Francisco, The East Bay, The Peninsula (south from San Francisco), The South Bay, Monterey (which includes Carmel), Santa Barbara, Los Angeles, Orange County, and finally San Diego. 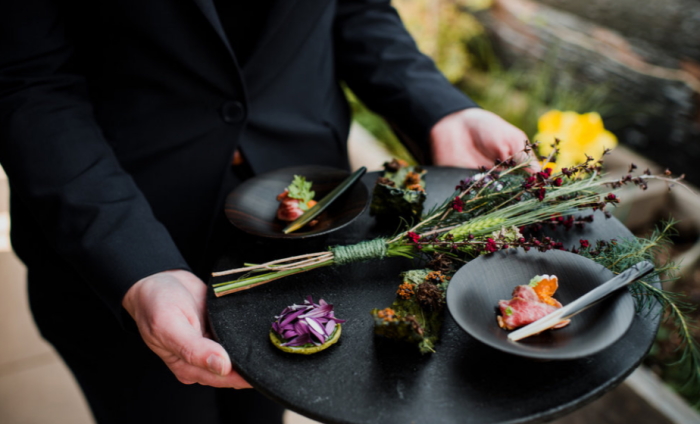 Dining at SingleThread in Sonoma County

Each chapter begins with a one- or two-page color photo, and a two-page map of the city or region. Those are followed by a two-page spread about eating in the destination concerned, which highlights any outstanding dining experiences. It also covers places that don't qualify as restaurants but where you can have good eating or drinking experiences, like ice-cream parlors, bakeries, patisseries, brewpubs, and coffee shops.

The only exceptions are Los Angeles and San Francisco, which because of their size are divided up into the different city districts. Individual entries fit two to a page, with exceptional places getting a full page. Even half a page allows for a detailed description. The first paragraph describes the style of food and some recommended dishes, at length, and a second shorter paragraph covers the décor, atmosphere, and more general points. Not every entry is to that strict formula, but most are.

The guide doesn't only feature restaurants with Michelin stars. Michelin also has a rating that they call Bib Gourmand, which are 'Inspectors' favorites for good value'. Finally they have their Michelin Plate rating, and these are places which offer good cooking using 'fresh ingredients, capably prepared: simply a good meal'. 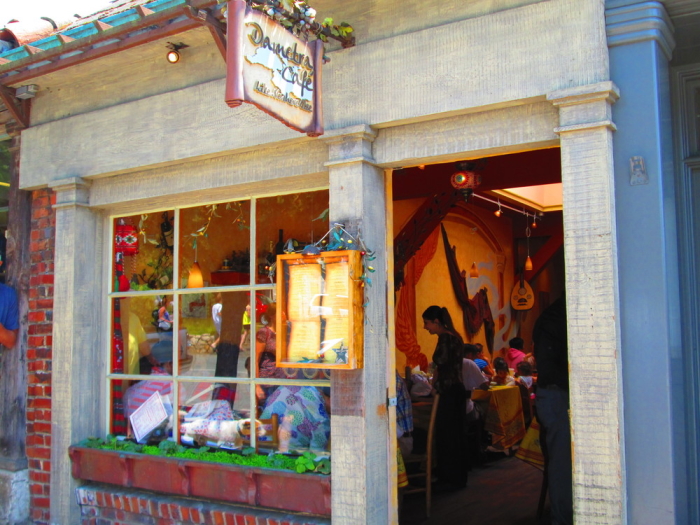 The Dametra Cafe in Carmel, California

We turned first to Monterey, a place we've visited several times. We were delighted to see the Dametra Café in nearby Carmel in there as a Michelin Plate. This place was so popular we had to queue to get in, which the receptionist at our hotel had warned us about but said it was well worth the wait. It was, especially as the owner came out and handed out free glasses of wine to all of us who were queuing.

So what does Michelin California say about Dametra Café? To us, it sums it up well, explaining where the name came from, recommending dishes such as their 'rich and buttery baklava' for dessert, and capturing the cheerful decoration and lively atmosphere.

Finally, of course, there are the practical details that are the same for every entry in the book: address, phone, website, price range, and general opening times - not specific hours but general, e.g. 'lunch and dinner daily'.

A Dish from Aubergine in Carmel, California

Next time we're dining in the Monterey area we'll have to head for Aubergine, which is also in Carmel. This gets one Michelin star, has a full-page write-up, and the dishes sound mouthwatering: how about a goats cheese panna cotta topped with slivers of red apple? Or maybe we'll try Yafa, also in Carmel, which we know from this guide is a casual Mediterranean place that has live music at weekends and food good enough to earn a Bib Gourmand.

The Manresa in Los Gatos has Three Michelin Stars

If you're someone who plans their trips around where they most want to eat, then you're going to have to have a few days in San Francisco followed by a drive around Wine Country. This is where all seven of the restaurants with three Michelin stars are located: three in San Francisco, three in Wine Country, and one, Manresa, in the South Bay area.

For the record, these are the seven restaurants which the Michelin guide rates as the best dining experiences in California: 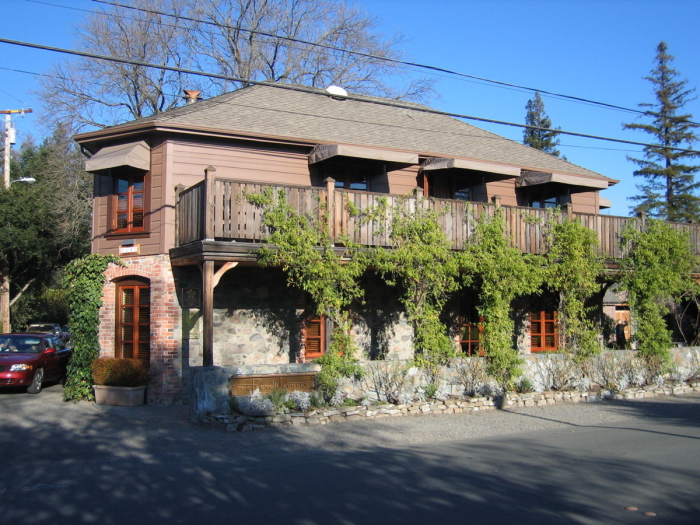 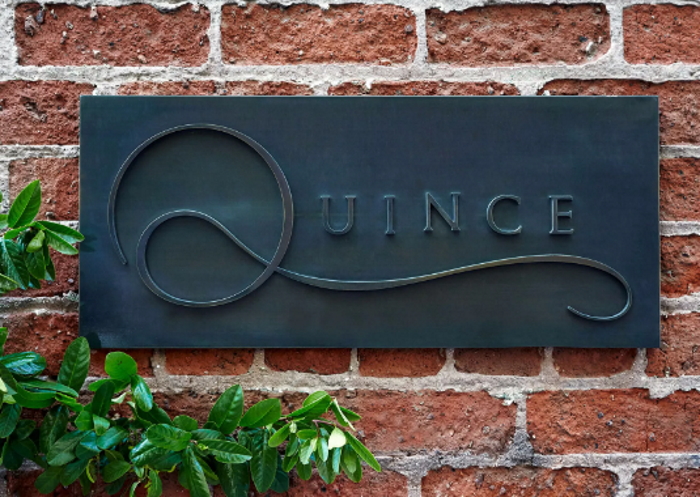 The Three-Michelin-Star Quince in San Francisco

There's then an index of restaurants by cuisine, from Afghan (yes, it's in San Carlos) through to Vietnamese, although they also index restaurants by styles, so if you're vegetarian or vegan, or prefer steakhouses or seafood, you're covered. Finally there's a list of restaurants in alphabetical order. In short, you won't go hungry for eating ideas, whatever your budget.